(ORDO NEWS) — The spacecraft beat its own achievement. No human-made apparatus travels that fast.

Launched in 2018 to study the Sun in close proximity, NASA’s Parker Solar Probe continues to move closer to its target, setting record after record.

The Guinness Book of Records has so far noted Parker’s achievement on September 27, 2020, when the probe accelerated to 466 592 km / h, but on January 17, 2021, Parker was moving at a speed of 466 600 km / h. The new record was made possible by a second gravity assist around Venus, which allowed the probe to further narrow its orbit around the Sun. 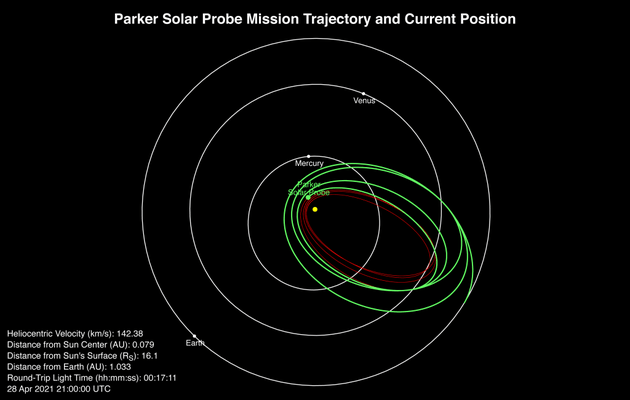 Over the next six years, Parker will make several more maneuvers around Venus and break the current speed record several more times.

The probe is currently experiencing its eighth encounter with the Sun. Mission officials report that all of his instruments are operating normally. Scientific data collection will continue until May 4.

Parker was launched into space in August 2018. The probe, named after the American astronomer Eugene Parker, has been in development since 2008. During the mission, which is designed for almost seven years, the probe will have to approach the Sun 24 times. The device will measure the characteristics of the solar atmosphere and solar wind, investigate electromagnetic fields near the star and perform other tasks.

There are hundreds of wandering black holes in the Milky Way

US: alligators emerged from water bodies after Hurricane Eta

There are hundreds of wandering black holes in the Milky Way

US: alligators emerged from water bodies after Hurricane Eta