(ORDO NEWS) — In ancient times, people perceived astronomical events as something mysterious and frightening. Comets, for example, served as a sign of future misfortunes and catastrophes, and solar and lunar eclipses were explained by the machinations of demons and spirits.

The inhabitants of the ancient world were sure that eclipses did not bring them anything good. Indeed, how to explain the onset of pitch darkness in broad daylight in the absence of astronomical instruments? So, in China, a dragon was considered the cause of a solar eclipse, and in India, toads, snakes, and even werewolves.

In fact, similar legends are found among different peoples, and many attributed the disappearance of the Sun to a hungry bear or dog. Fortunately, we live in the 21st century and can explain this amazing phenomenon: a solar eclipse occurs when the Moon passes between the Earth and the Sun,

Where does the sun go?

A solar eclipse is one of the most dramatic celestial events. Eclipses occur when the Earth, Moon and Sun align in the same plane, and the Moon passes between the Earth and the Sun, partially or completely covering the star. However, the very fact of the eclipse is … an accidental result of celestial mechanics.

It is believed that the Moon formed about 4.5 billion years ago and gradually moved away from the Earth by about 4 centimeters per year.

Now the satellite is at an ideal distance and can appear as big as the Sun, which has a diameter of 1.4 million kilometers, which is 400 times the diameter of the Moon (it is approximately 3500 km). Feel the difference? 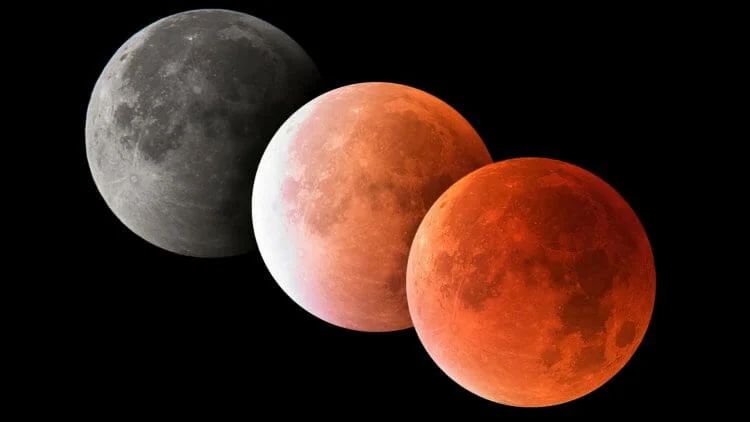 Previously, the Moon was located very close to the Earth and, perhaps, covered the entire sky with itself

A total solar eclipse is a rare event in which the moon’s diameter becomes the same as that of the sun. Our small satellite closes its home star in a certain place, plunging the Earth into a special type of darkness.

On average, a total solar eclipse occurs approximately every 18 months. But whether the alignment will result in a total solar eclipse, partial or annular, depends on several factors. Interestingly, the lunar shadow is a narrow strip on the surface of the Earth, 150-200 km wide. And you can see how it closes the Sun only in this band.

Researchers distinguish four types of solar eclipses: total, partial, annular and hybrid. During an eclipse, the lunar shadow glides across the Earth, which seems to its inhabitants, located in the shadow, a total eclipse.

Let’s clarify a little: an eclipse is considered partial when the Moon covers only part (edge) of the solar disk; if the lunar shadow hides the entire disk, we are talking about a total eclipse. 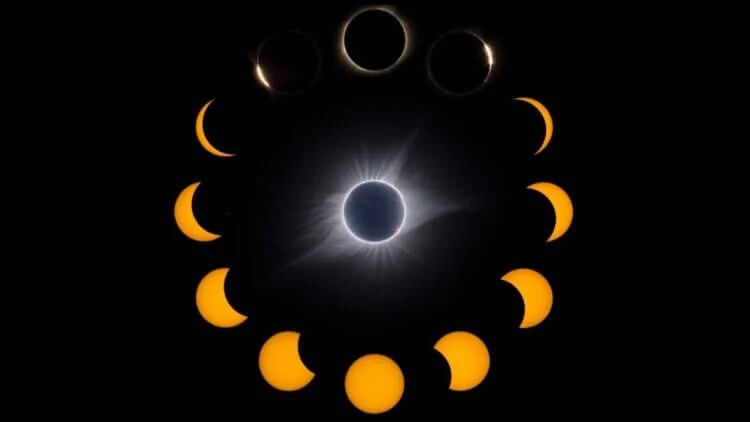 Each eclipse, as if it were lunar or solar, is actually a play of light and shadows cast by celestial bodies

In the case when the Moon closes the central part of the Sun, leaving a bright ring, the eclipse is called an annular eclipse. The last is a hybrid, that is, an eclipse that starts out as an annular eclipse but eventually becomes total. Hybrid solar eclipses are the rarest type of all.

And, perhaps most importantly, solar eclipses are only visible from the area on Earth where the Moon’s shadow falls.

The closer you are to the center of the shadow’s path, the larger the eclipse will appear to you. We also note that the duration of a total solar eclipse on average does not exceed 7.5 minutes, and partial – about two hours. Also, during the total phase of the eclipse, bright stars and planets can be seen in the sky.

When will the solar eclipse be?

The first solar eclipse of 2022 will take place on April 30th. You can see how the lunar shadow completely covers the Sun in some parts of Antarctica, South America, as well as in the Pacific and Atlantic oceans. The upcoming eclipse will cover a maximum of 54% of the Sun. 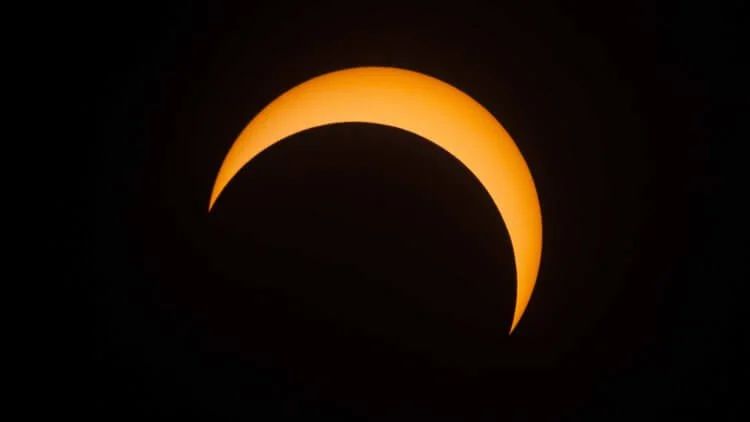 The eclipse on April 30 will take place just four days before the Moon reaches its apogee, its furthest point from Earth. The upcoming eclipse is the first of two partial solar eclipses in 2022.

The second will occur on October 25, and the next such event will occur as early as 2023. Interestingly, a total lunar eclipse follows a partial solar eclipse and takes place just two weeks later, on May 16th.

How to watch a solar eclipse?

The most important thing that an interested observer needs to know is that it is impossible to look directly at the Sun, even when it is partially covered by the Moon. If you do not protect your eyes, you can damage the retina and even go blind. NEVER look at the Sun and its partial eclipse without protection.

When the Sun is completely covered by the lunar shadow, observers on Earth are exposed to the solar corona – the rarefied outer atmosphere of our star.

By the way, ordinary dark glasses are not designed to observe the Sun. Of course, they reduce the harmful effects of light on the eyes, but, alas, not enough. But from reflected and scattered light, for example, from rays falling on trees and houses, such glasses protect very well. 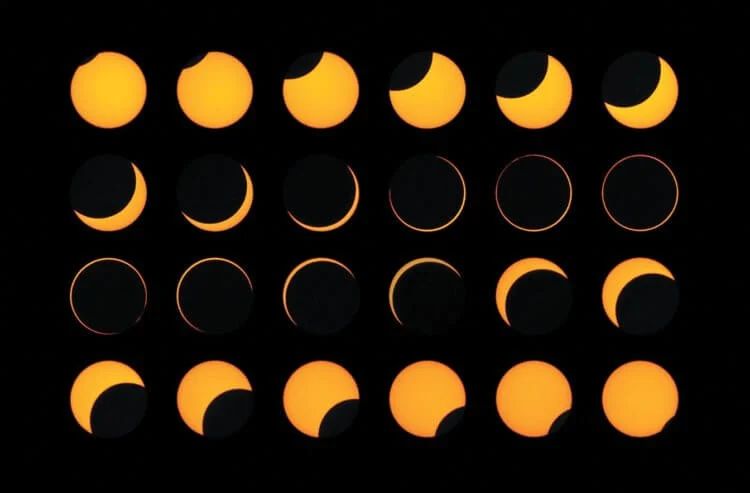 So how do you watch the Sun disappear in broad daylight? With welding goggles. According to ophthalmologists, this is the best way to observe an eclipse. There are also special glasses and filters for telescopes, which can be purchased at specialized stores.

But various films and colored glasses cannot be used, since they do not protect the eyes from damage. The fact is that our eyes do not perceive the entire light spectrum as a whole, including ultraviolet and infrared. And when these invisible rays are focused on the retina, they damage its structure. 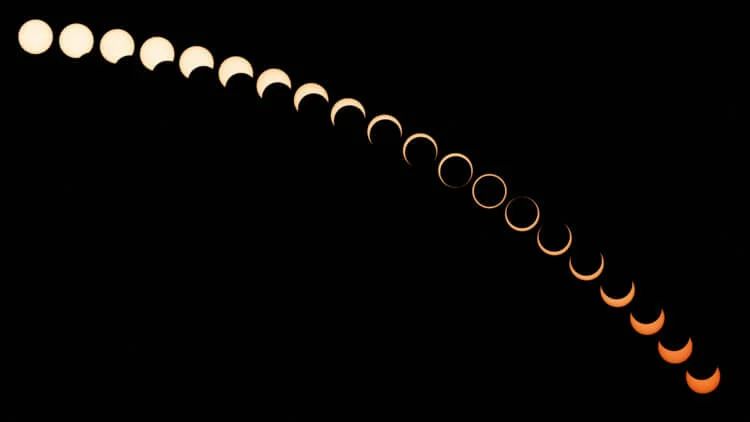 Thus, the most reliable option for observing a solar eclipse is special goggles, including welding goggles. But even if you are prepared and have acquired reliable eye protection, the weather can play against you – if the sky is covered with clouds, then you will not be able to see any eclipse.

So if a dear reader finds himself in South America, Antarctica or the Pacific Ocean on April 30, he will have time to prepare in advance and will be able to protect his eyes from aggressive solar radiation. 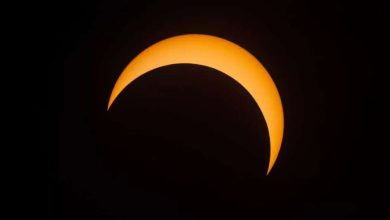