(ORDO NEWS) — The new agent itself hardens on the surface of the wound, accelerating blood clotting at times and stabilizing blood clots that protect the body from fatal blood loss.

Up to 40 percent of injury deaths are due to blood loss, and even more in war zones. Bleeding is especially dangerous for those suffering from hemophilia and patients taking anticoagulants.

A unique hemostatic agent created by Australian scientists based on snake venom can help such people and save many lives.

Snake venoms are complex cocktails of peptides, tools worked out by millions of years of evolution for a quick chemical attack on the victim.

They are extremely diverse both in properties and in the mechanism of action, but most toxins either affect the transmission of signals from the nervous system to the muscles, or affect the blood, causing it to almost instantly coagulate, which leads to blockage of blood vessels, necrosis and death.

These are the compounds that Amanda Kijas and her colleagues at the University of Queensland have turned to to create a hemostatic hydrogel.

The composition of the new tool included ecarin (ecarin) – a peptide that is released from the poison of the sandy efa. It has proteolytic activity, converting prothrombin into thrombin, which triggers rapid blood clotting and is already used in medicine to diagnose disorders of this stage of coagulation.

It is isolated from the venom of the Australian asp Pseudonaja textilis and has so far only been tested for use in medicine. Textilinin inhibits the work of plasmins – blood proteins that are responsible for the destruction of fibrin clots.

“Nature has already created very elegant and complex mechanisms, and we can redirect them to save people who can die from uncontrolled bleeding,” says Amanda Kijas.

“Our experiments show that when using snake venoms, blood clots form three times faster, and are destroyed five times slower than when the natural systems of the body work.”

A promising drug is made in the form of a hydrogel . Its structure remains liquid at room temperature, but hardens when applied to a wound.

This allows you to use the tool without additional gauze and bandages, speeding up application and increasing the chances of salvation in a situation of mass bleeding, when every second is precious – without exaggeration. 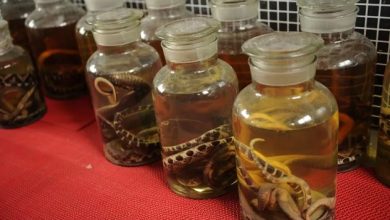 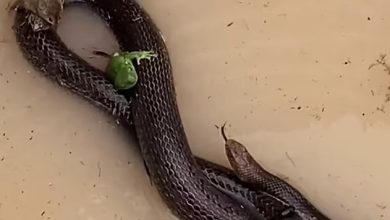