(ORDO NEWS) — The weakening of the processing of sound signals “from top to bottom” – from higher areas of the brain to lower ones – can serve as an indicator of an unconscious state.

During sleep, the brain continues to perceive and process information, but it does so in a fundamentally different way than during wakefulness.

Perhaps it is these differences that underlie the phenomenon of consciousness. This was also indicated by unique experiments conducted at Tel Aviv University.

By monitoring the activity of individual neurons, the scientists found that the brain of a sleeping person perceives sounds as usual, but they do not reach its higher regions.

To observe the activity of brain neurons with high resolution, thin electrodes must be connected to them, which requires unsafe surgical intervention.

Of course, for the sake of “scientific interest” such an operation is not performed, so scientists often turn to the help of people to whom it is prescribed for medical reasons.

Implantation of electrodes is carried out in patients with epilepsy, if seizures cannot be removed by other means. Yuval Nir and his colleagues experimented with such volunteers.

They tracked brain activity in 13 volunteers with severe epilepsy who had previously had electrodes implanted during sleep, both full night and short daytime, and in different sleep phases.

Careful experiments continued for eight years, while the authors of the work collected data on the activity of approximately 700 individual neurons in response to the sounds that were played by the sleepers.

This activity was compared with records made during the periods of wakefulness of the volunteers.

“We were surprised to find that the response of the brain during sleep was much stronger and richer than expected,” says Hanna Hayat (Hanna Hayat), one of the authors of the work.

“Moreover, this vivid answer extended to different regions of the cortex. Its strength was the same as when awake, with one important exception: the level of alpha-beta wave activity.

Recall that in the electrical activity of the brain , oscillations characteristic of its various states are distinguished.

Beta waves are associated with normal wakefulness in which we observe and act; alpha waves – with relaxation and peace, gamma waves – with focused problem solving.

All of them reflect a conscious waking state in which the brain is bidirectional processing of sensory information.

In addition to the movement of signals “bottom up”, from receptors to higher areas of the brain, there is a flow “top down”.

Higher areas, based on past experience and the context of what is happening, modulate the work of lower ones, helping them to highlight important details and discard irrelevant ones.

When the brain exhibits such activity, gamma waves increase, while alpha and beta waves, on the contrary, weaken. Such desynchronization was noted in the careful processing of sensory stimuli by the brain.

New experiments have shown that desynchronization decreases sharply during sleep. The intensity of the gamma waves produced by the sound stimulus remains rather high, but the alpha and beta waves hardly respond to it.

This difference sharply distinguishes wakefulness from sleep. Apparently, it shows that sound signals continue to arrive and be processed by the brain, but do not reach the higher areas of the cortex and do not fall into consciousness.

The authors note that a similar effect has previously been demonstrated in people under anesthesia. Perhaps it will allow a better understanding of the nature of consciousness.

In addition, scientists believe that the level of desynchronization of brain waves in response to sound stimuli will someday be used as a measurable indicator of the “level of consciousness” – for example, with the same anesthesia during surgical operations.

Sleep deprivation actually changes our perception of other people

Sleep deprivation actually changes our perception of other people 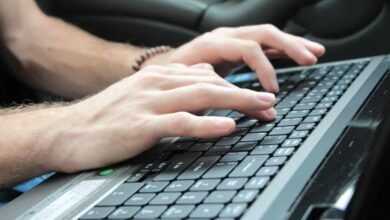 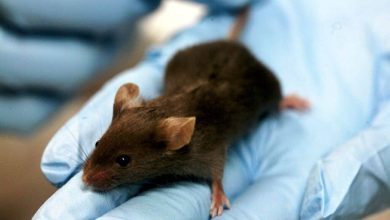