(ORDO NEWS) — Before the storm swept over the region, on July 5, a scary green sky appeared over Sioux Falls, South Dakota.

On Tuesday, as millions of residents found themselves in the path of severe storms, in one state in particular, rain and hail caused a multi-colored cocktail in the sky.

The storms moved through South Dakota on Tuesday afternoon, leaving behind reports of significant precipitation, hail and wind.

The most unique part of the severe weather was its particular hue, moving from the typical gloomy gray sky to a green tint more characteristic of night vision goggles than daytime thunderstorms. This hue covered downtown South Dakota Sioux Falls throughout the late evening. 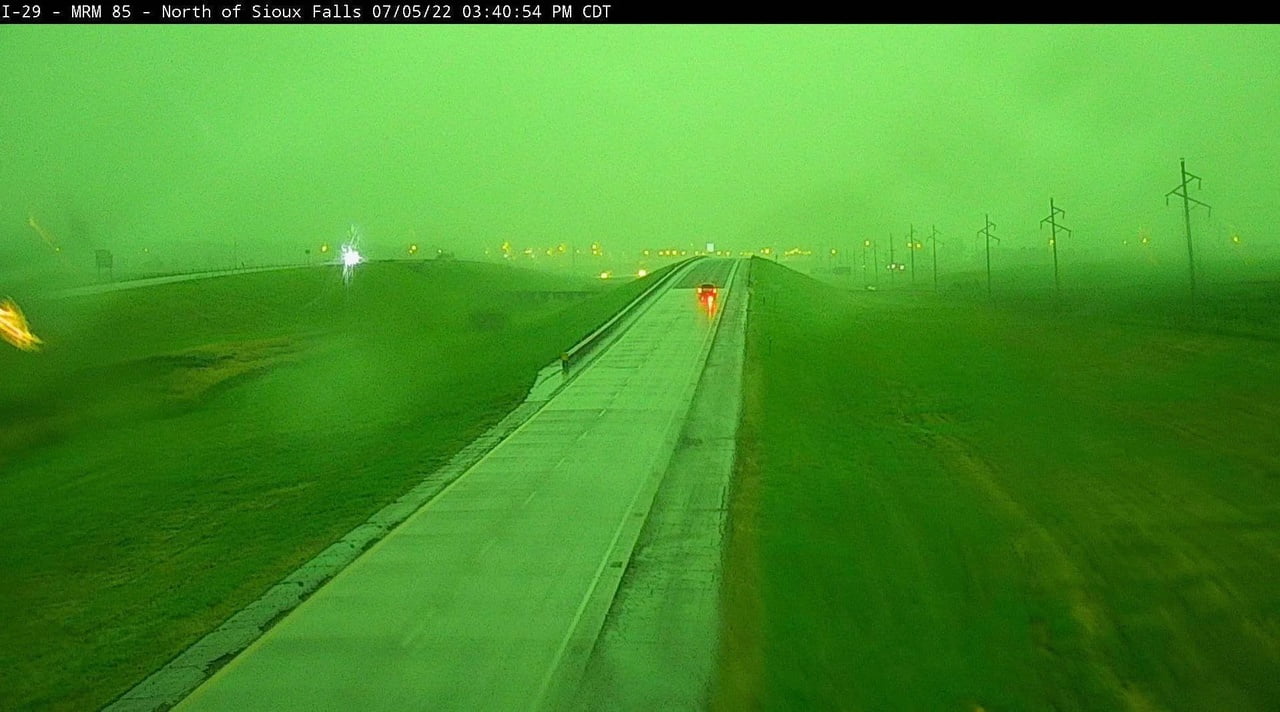 “Thunderstorms tend to occur late in the day due to the fact that solar energy during the day contributes to their occurrence,” Longley said. “As we know, the sun looks more red at the end of the day as it approaches the horizon.”

As soon as there is light under high storm clouds, the combination of red sunlight and blue lights results in green colors filling the sky.

“Light under a high storm cloud appears blue due to scattering by water droplets,” says Longley. “When the blue light is illuminated by the red light of the setting sun, it appears green, which is why some thunderstorms have a greenish tint.” 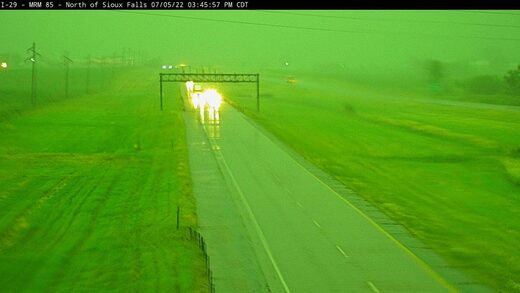 More than 3 inches of rain hit Sioux Falls within hours of the storm starting Tuesday, and the wind was also a particular concern.

“Typically, damage from strong thunderstorms tends to be much more localized in isolated areas, while this accumulation of thunderstorms can cause widespread damage over a much larger area,” meteorologist La Troy Thornton explained.