(ORDO NEWS) — Space and time are inseparable as mass and energy, and together they form the fabric of the universe, better known as space-time or space-time continuum.

An elementary proof of the indivisibility of four-dimensional space-time (three spatial dimensions (length, width, height) and one time dimension) is the fact that, as astronomers often like to remind, we cannot look into space without looking back in time.

Also, according to Einstein’s General Theory of Relativity , a massive object in space distorts the fabric of space-time around it, so objects next to it will experience time dilation.

It has been experimentally proven that an atomic clock installed on the top of a mountain will run faster (quite a bit) than a similar clock standing somewhere on a plain.

This is because the watch on the mountain will experience the weaker gravitational force of the Earth . In other words, gravity is actually the result of the stretching of the mass of the surrounding spacetime.

For example, the mass of our Sun bends space around itself in such a way that the Earth moves in a straight line, but also rotates in space within the curvature of the star.

Since the mass of the Sun is large enough, the time dilation next to it will be more significant than in the orbit or the surface of the Earth. That is, once in the orbit of the Sun, time would go slower for you than for an observer from Earth. 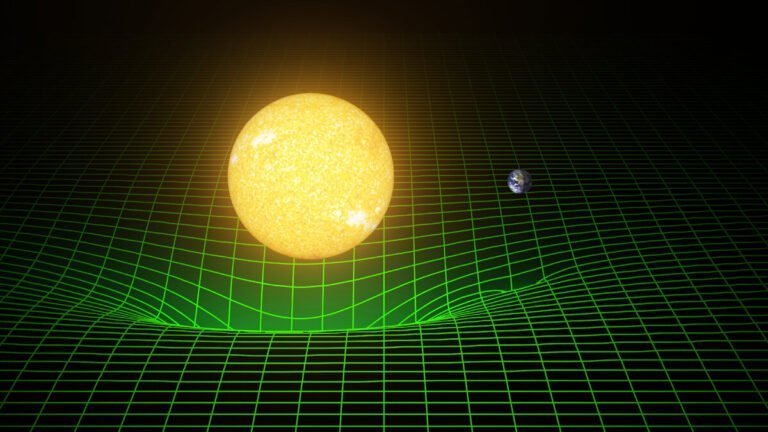 Interestingly, gravity also has an infinite range, so no matter how far apart two masses are in space, they will always experience some gravitational attraction towards each other. In addition, inside a black hole, gravity tends to infinity, so time stops there completely.

Time was born together with the Universe, and if the Universe is destined to disappear someday, then time will disappear with it.