(ORDO NEWS) — The oldest means of payment was so popular among the inhabitants of Southern and Western Siberia that it was forged.

In the middle of the last century, archaeologists found 14 cowrie shells in five burials of the 16th century at the Pachanga burial ground on the Ob.

These burials were made by the Selkups – representatives of the indigenous, now small people of the north of Western Siberia. According to the location of the shells mainly in the head area (less often – the chest), scientists concluded that they were used as decorations.

The journal “Theory and Practice of Archaeological Research” published an article by archaeologist Yuri Ozheredov, in which he summarized the currently known information about the distribution of cowrie shells in Western and Southern Siberia.

Kauri ( Cypraea ) are marine mollusks whose shells, according to today’s ideas, became the first coins. As such, they began to be used in China no later than the time of the Shang Dynasty (1554-1046 BC).

Scientists explain this choice by the fact that this mollusk is found in the seas located at a considerable distance from the lands controlled by the Shang. One of the main sources of shells of this type ( Monetaria moneta ) was the Maldives. 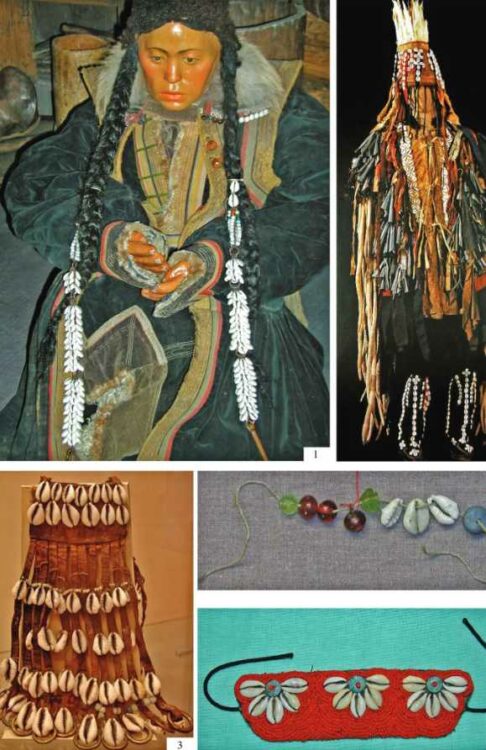 From China, the shells came to other countries. They are found everywhere: from Central Asia to the Arctic, from the Far East to Novgorod and Pskov, in the burials of the Xiongnu, Scythians and in the burial mounds of the Slavs. It is believed that in Azerbaijan, shells acted as a means of payment as early as the 18th century.

As the area of ​​archaeological work in Siberia expanded, shells were found more and more often – and they belonged to completely different times. The earliest – to the period of the Bronze Age, the latest – already to the XIX-XX centuries. The farther north, the fewer finds, which is understandable.

When the shells came into use by the Selkups, it is not known exactly. I must say that this people at about the end of the 16th – beginning of the 17th centuries was divided into two groups: northern and southern, which is also called Narym.

First of all, innovations touched clothing, which, judging by archeology, was the main bearer of cowries. But this does not mean that in the ethnographic period the Selkups did not use cowries at all.

Ethnographic samples of kauri in the North-West of Siberia are known in the traditional culture of two Ob-Ugric ethnic groups: Mansi and Khanty. The author of the work suggests that this also applies to other ethnic groups of the northwestern region: for example, to the Samoyed Nenets and Selkups.

The fact is that in the old days, kauri were known to the Vasyugan Khanty, with whom the Selkups lived literally side by side and even had marriage ties. And the Khanty definitely knew cowries.

It is clear that the shells of the sea mollusk became more and more valuable as they moved away from the sea. At the same time, with a high probability, their use was explained by ritual practices.

Almost until the Soviet era, cowrie shells were incomparably popular with the shamans of the Siberian Turks. In addition, as ethnographers note, among many peoples of Siberia, shells strung on a thread and freely swinging played the role of amulets: it was believed that their dry crackle repels evil spirits. 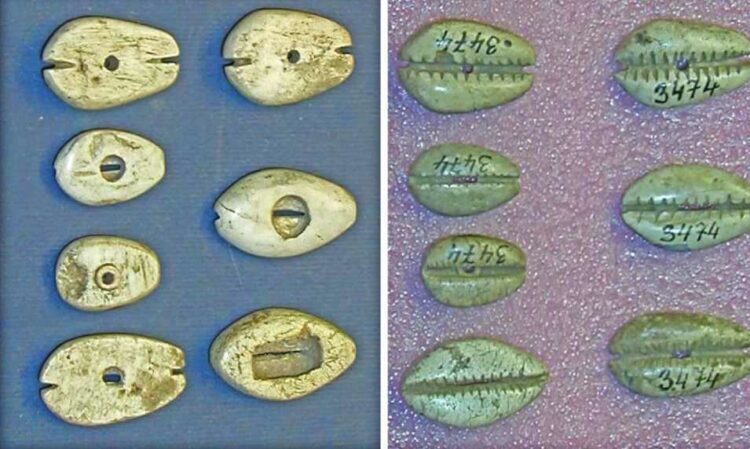 Everyone wanted to scare away evil, but there were few shells. Then they began to fake them. They were carved from stone and cast from bronze. Of course, the imitation was very noticeable, that is, it could not deceive anyone. It can be said that these are Swarovski crystals of their time: beautiful, not cheap, but still not diamonds – neither in price nor in quality.

Judging by the placement of finds in the Selkup burials, kauri were located in exactly the same way as those of their western and southern neighbors: they were worn in hairstyles, as part of neck ornaments, on headdresses and shoulder clothing.

From this, Yuri Ozheredov concludes that the Selkups, despite significant Russification, clearly separated themselves in the late medieval conglomerate of Siberian peoples – consumers of southern imports. Wearing in the same places indicates a similar idea of ​​the power of cowrie shell charms and their magical capabilities in general.

Representatives of these peoples clearly had common views on things, ways of using them, and, most importantly, on their comprehension, that is, they had a certain unity of the sacred level of perception of the material world.