(ORDO NEWS) — Everyone has heard about the innumerable wealth of Arab sheikhs. But did you know that the greatest treasure for an Arab is his family? An Arab woman is a real guardian of the family hearth and is highly respected by men. And the more children there are in a family, the happier it is!

A potential bride has the right to refuse the offer if she does not like the groom with something. But nevertheless, the decision to marry is primarily made by the groom’s family.

Few Arab women marry Europeans, because they can simply be expelled from the country for marriage with an infidel. But men from the UAE sometimes marry European girls, but marriage will be beneficial only to her husband.

A woman in such a marriage does not receive citizenship, and in a divorce, children always remain with their father.

A prenuptial agreement is an indispensable element of an Arab wedding. Instead of the bride, a contract is signed by two of her relatives.

After signing the contract, the wedding should take place during the year. Until the wedding, the groom can visit his future wife only in the presence of her relatives. Kalym, which the groom’s family pays for the bride, can reach several hundred thousand dollars, so giving birth to girls is very profitable.

The Arab wedding is a grand spectacle.

The treats are very varied and constantly updated. Thus, the groom’s family shows the guests their hospitality and wealth. Since Islam forbids the use of alcohol, the strongest drink on the table is coffee.

However, this does not prevent the celebrations from continuing for seven days!

The opinion of discrimination against Arab women is, in fact, somewhat exaggerated. Of course, in any Arab family, a wife must obey her husband, but she is always involved in solving important issues.

You should not believe that married women live in the Emirates, as in prison. In fact, when married, an Arab beauty can wear anything: miniskirts, jeans, and shorts.

Arab women are generally great fashionistas; they can be in stores for hours, choosing ultramodern outfits and fabrics. But, going outside, she is obliged to put on top a black silk cloak to the heels, and cover her face with a black scarf. Outsiders can see the eyes, fingers and feet. All other beauty is only for the husband! But today, black cloaks on the streets are rare. You may well see the Arab in jeans and tunic.

The only thing that is still adhered to is the covering of the head. Therefore, you are unlikely to meet a woman without a scarf on her head. Emirate women receive a very decent education.

The best universities in the world are available to them, but more often than not, their scholarship remains unclaimed. A married woman is unlikely to be able to work: either her husband forbids her, or she does not want to, because she is too busy with constant pregnancies and childbirth.

However, modern youth in this regard is more progressive. Many girls who have been educated in Europe remain there to make a career. And one more curious fact: those Arab families that live outside the Muslim world rarely rarely adhere to centuries-old traditions.

Since ancient times, wanting to get a divorce, an Arab husband could at any time tell his wife: “Talak, Talak, Talak” (repeat “leave” three times). After that, the woman had to immediately get out of his house, taking with her only what was on her.

Therefore, even today, Arab women (just in case, of course) carry all the donated gold on themselves. They still carry kilos of gold. And men give this precious metal instead of flowers. The more such a gift weighs, the stronger the husband’s love! No wonder the local proverb says that a woman without gold is naked.

A woman in the UAE can also file for divorce, but only in two cases: If the fact of betrayal by the spouse is proved. But it is unlikely for this reason that someone will be able to get a divorce, since polygamy is officially allowed in the UAE.

In addition, in most cases, the wife prefers to keep quiet about the “sins” of the spouse. Why? Yes, because no one will remarry such a “brawler”, and a gossip train will stretch for her all her life.

Moreover, children with a divorce always remain with their father. If the husband does not provide enough for his missus. He is obliged to take her to restaurants (and this is true!), Buy gold (also true!), Build her a house no worse than that of other wives, etc. The court considers such petitions very carefully and even satisfies them.

Despite the fact that Islam allows up to four wives, not every Arab today can afford polygamy. The main reason for this forced monogamy is the banal lack of funds for the maintenance of the harem.

Therefore, the classical UAE family consisting of one husband, several wives and concubines is the privilege of sheikhs and very wealthy people. In general, marriage with a rich emirate is a thing that is in many respects pleasant, though only as long as it lasts. By law, each wife has her own separate house, generous maintenance and the right to an equal share of attention from her husband.

A clear schedule of visits is set for each woman, a separate villa is built for the new wife (not cheaper, but not more expensive than the previous one), husband’s finances are distributed in equal proportions, and in general – everyone should live in peace and harmony in the family. If something went wrong – it is not the wife’s problem, but the husband’s problem, who was unable to “resolve” the situation on time.

So, as you can see, traditions and kindred support in the Arab family have incredible power. So, if a woman is widowed, her husband’s brother marries her in order to provide for her and protect her. With proper upbringing and behavior, Arab women live in such tranquility and abundance that we can only dream of! 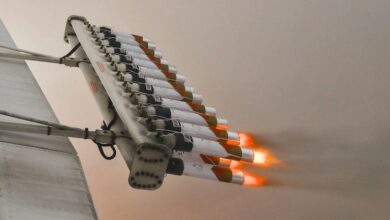