(ORDO NEWS) — Sharks appeared about 450 million years ago, long before the dinosaurs, but they successfully survived both ancient dinosaurs and all kinds of cataclysms, while practically not changing their appearance.

Such amazing vitality never ceases to fascinate researchers who, year after year, try to solve at least one of the many mysteries of sharks.

In August 2016, the Greenland shark was officially recognized as the oldest living vertebrate in the world.

After examining 28 corneas of the eyes of individuals of this species using radiocarbon analysis, scientists found that on average, Greenland sharks live 300 years, reach puberty by 150 years, and the oldest was a five-meter shark that plows the waters of the Atlantic for 397 years.

The previous record – 211 years – belongs to the bowhead whale. It is assumed that the reason for longevity lies in the low temperature of the water in which polar sharks live: from -2 to +5 degrees. This slow-moving fish is inedible thanks to

Cold water allows you to slow down the growth and biochemical processes in the body, as well as effectively fight infections.

No less surprising is the adaptation mechanism of Greenland sharks to the icy waters of the Arctic: due to the lack of kidneys, ammonia and urea are excreted through the skin, so shark muscle tissue contains a lot of trimethylamine, which works as antifreeze.

By the way, that is why the meat of Greenland sharks is not eaten: trimethylamine makes it poisonous and dangerous not only for people, but also for animals. So the Greenland polar shark, having perfectly adapted to harsh climatic conditions, in addition, noticeably moderated the desire of people to hunt it.

Sharks belong to the superorder of cartilaginous fish, however, unlike most representatives of this superorder, they do not have a swim bladder that would perform a hydrostatic function (would keep the shark at a certain depth).

Therefore, in order not to drown, the vast majority of sharks are forced to constantly be on the move. They cover tens of kilometers without stopping even for a minute even in their sleep.

Of course, this takes a huge amount of energy, which sharks make up for with impressive amounts of food: for example, a great white shark can eat 150-200 kilograms of food per day. In a critical situation, a shark can easily “turn off” the least needed part of the brain at the moment in order to save energy. This shark is a master of resource reallocation. In conditions of lack of oxygen, she is able to turn off her vision until there is enough oxygen

For example, feline or, as they are also called, epaulette sharks save energy by completely eliminating the use of neurons that process signals coming from the retina. In other words, the shark goes blind in a dangerous situation and only regains sight when it is needed.

This was found out during the experiment: the sharks were placed in a large aquarium with sea water and electroretinography was performed – electrodes were placed on the cornea and on the skin around the eyes.

After 30 minutes of keeping the sharks under conditions of lack of oxygen, the β-waves of the electroretinogram completely disappeared. Vision was restored only after oxygen was supplied to the aquarium.

It is noteworthy that it was the epaulette sharks that developed this feature: they live in the shallow waters of the Great Barrier Reef, where at night the oxygen content drops sharply due to low tide.

The methods of reproduction of sharks are also amazing, more precisely, their number. The first is oviposition, the same as in birds and reptiles. This is how about 30% of sharks prefer to breed – for example, bottom and polar sharks.

The second method is ovoviviparity, which is characteristic only for cartilaginous fish. In this case, the sharks themselves become a kind of incubator: the fertilized egg and the formed egg remain in the body of the female. After hatching, the fry leave the mother’s body.

This is how most known sharks breed, including the katran, giant and tiger. The third method is live birth, in which an embryo develops in the body of the female, receiving all the necessary elements directly from the mother’s body. Live birth is typical for frilled, hammerhead and gray sharks. But as if three ways weren’t enough, sharks have another surprise in store for scientists. As it turned out, they can easily reproduce by parthenogenesis.

One of the first recorded cases occurred in 2001 at the Detroit Aquarium, where a shark that lived without a male in an aquarium for a long time gave birth to a calf.

Subsequently, after conducting many studies and observations, scientists confirmed: in captivity (that is, under conditions far from natural and equating to potentially dangerous), sharks can indeed resort to the same-sex reproduction method, when female germ cells develop without fertilization.

What’s more, sharks have one more trick up their sleeves in the event of a truly serious threat of extinction: females are able to store their partner’s sperm for several years and use it only at a favorable moment.

That is why the first cases of parthenogenesis were first perceived by scientists as the activation of long-fertilized, but “sleeping” cells, until a shark born in captivity and living exclusively with females brought offspring.

Most scientists believe that both parthenogenesis and the ability to retain fertilized cells for many years is a unique and powerful protective mechanism that allows you to save a species from extinction and which has repeatedly come to the rescue of sharks in global cataclysms.

Born in captivity and lives exclusively with females all her life. Most scientists believe that both parthenogenesis and the ability to retain fertilized cells for many years is a unique and powerful protective mechanism that allows you to save a species from extinction and which has repeatedly come to the rescue of sharks in global cataclysms.

Born in captivity and lives exclusively with females all her life. Most scientists believe that both parthenogenesis and the ability to retain fertilized cells for many years is a unique and powerful protective mechanism that allows you to save a species from extinction and which has repeatedly come to the rescue of sharks in global cataclysms.

The ability to live up to 400 years, withstand the arctic cold, restore the population almost alone – this alone would be enough to rightfully endow sharks with the status of skillful manipulators of evolution.

However, their talents for adaptation do not end there: it turns out that some species tolerate fresh water painlessly and live and breed well in rivers and lakes – good news for predators, doubtful for swimmers and careless divers.

Many species of gray sharks thrive in the rivers of Australia, South and North America, India and Iran. But perhaps their most famous habitat is the largest lake in Central America – Nicaragua, connected to the Caribbean Sea by the San Juan River. The bull sharks that live in its waters are the only species that can live in fresh water for a long time. Once the lake was part of an oceanic bay, but later separated due to land uplift and landform changes. Therefore, many species that live in Nicaragua simply became extinct, being cut off from their familiar environment.

Many, but not sharks, are masters of adaptation who have adapted to changing conditions and now instill fear in coastal residents. Therefore, even if the melting of glaciers and the desalination of the oceans begin, sharks will be able to survive this cataclysm without effort.

In recent years, people have increasingly encountered new types of sharks. For example, in December 2015, scientists from the Pacific Shark Research Center discovered a new species of shark, which was named the ninja shark because of the rich black color and the small number of luminous organs on the surface of the body (photophores).

According to one hypothesis, this is the perfect disguise to hide your own shadow and hide securely. Ninja sharks live off the Pacific coast of Central America at a depth of 800 to 1500 meters. The largest individual found is 51 cm long, but the maximum size is not yet known.

The most ancient, but practically unexplored species also float to the surface. In 2003, a goblin shark (goblin shark) was caught in the network of Portuguese fishermen, knowledge about which was limited to the only one a specimen caught in 1897. A month later, dozens of goblin sharks, more like prehistoric chimeras, were caught off the western coast of Taiwan. Yes, and frilled sharks, similar to the conger eel, the ancestors of modern stingrays, have become increasingly caught in nets and hooks. Scientists attribute this to the warming of ocean waters, which inevitably leads to the restructuring of the entire aquatic system.

Therefore, amazing species of sharks, living at depth since the Cretaceous period and little changed since then, rise to the surface, sensitively capturing the slightest climatic changes that are just beginning to gradually gain strength.

Therefore, almost any kind of shark can be safely classified as a ninja for their out-of-the-ordinary talent to adapt to almost any change, whether it be fresh or icy water, lack of oxygen or a male – it is difficult to find a more perfect and at the same time more ancient organism than a shark.

10 most powerful cataclysms in the history of the Earth

10 most powerful cataclysms in the history of the Earth 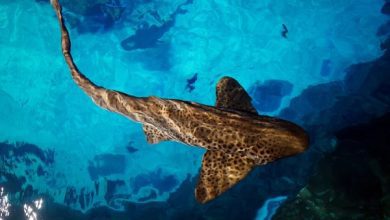 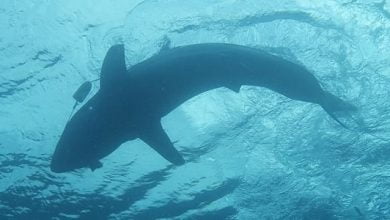 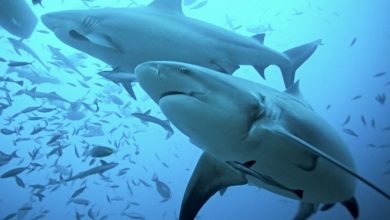 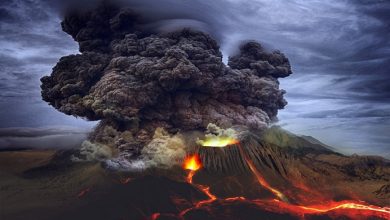