(ORDO NEWS) — In northern Croatia, a strong hurricane affected the districts of Varazdin, Čakovec and Koprivnica, knocking down trees, disrupting lighting and flooding streets. Residents of Varazdin, warned in advance, parked their cars in underground garages.

A new storm in the north of the country, the wind uprooted a tree in Bukovac

From the scene, the worst was in the area of ​​Štrigov, Ludbreg and again Veliky Bukovac, where a strong wind blew down a tree next to the playground of NK Bukovchan.

The hail was small, but it was raining heavily and the wind was strong and blew parts off the roofs of people trying to protect their homes from damage caused by hail the size of tennis balls on Wednesday afternoon.

In Ludbreg, residents report that it seemed as if “heaven and earth had merged into one,” but there is no word yet on the damage. There was also hail in Gornji Međimurje, but it is not yet known if any damage was caused.

Residents of Varaždin frantically hid their cars in underground garages last night, fearing hail and more damage, which many received on Wednesday. However, other than heavy thunder and heavy rain, there are no reports of damage in Varaždin, and fortunately there was no hail.

Thunderstorm hit Koprivnica and surrounding areas. At about 11:30 p.m., heavy winds and heavy rain, which in some places turned into hail and thunder, hit Podravina. Heavy winds knocked down trees throughout the city of Koprivnica, and heavy rain made the road impassable, according to Glas Podravine.

The aforementioned local portal claims that the wind destroyed not only the trees, but also the public lighting infrastructure. Underpasses, roads and sidewalks were also flooded. Emergency services quickly went to the scene and cleared the roads.

The wind broke off parts of many trees, and some of the roads were temporarily rendered unusable. Firefighters are still clearing fallen trees from the roads. Traffic was suspended until further notice on the Koprivnica underpass, which was also completely flooded.

In Koprivnica, 16 liters of rain per square meter fell, and in some villages, such as Torchec, even more. Emergency services are on site to ensure the smooth flow of traffic.

Holes in the ground: about a hundred sinkholes formed in the center of Croatia

Holes in the ground: about a hundred sinkholes formed in the center of Croatia 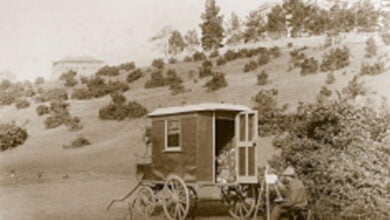 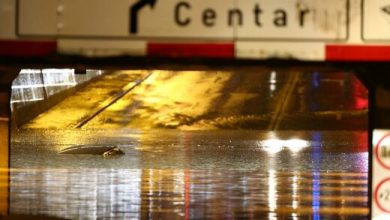