US, WASHINGTON (ORDO NEWS) — You, too, of course, have already said so: “What amazing days we live in.” This period is even equated with war, that is, a crisis that occurs only once in a lifetime and determines many decades to come.

With the same words, one of the leading European intellectuals, Bulgarian political scientist Ivan Krastev, was approached by his Spanish friend. He prompted him to write a small analytical article about what can now happen to us at the state level and what impact the amazing days we are having on our lives will have.

“No one knows when and how the Covid-19 pandemic will end. Therefore, now we can only make assumptions regarding its long-term political and economic consequences. At the time of the crisis, we are infected with uncertainty, ”writes a political scientist in his recent article, who works very close to us, now closed in Vienna.

Despite many questions, in his opinion, seven lessons can already be learned from the crisis, confirming to us that this crisis is radically different from the previous ones. Krastev summarized them for the analytical center “European Council on Foreign Relations”.

Krastev is convinced that, unlike the financial crisis at the turn of 2008–2009, coronavirus will demand the return of harsh government measures. After the collapse of the American bank Lehman Brothers, as Krastev notes, distrust of the market, which is paradoxical, did not lead to the requirement that strong power actively intervene. “The coronavirus will now regain strong power,” the political analyst predicts.

The current situation reminds him rather of the period after the Great Depression of 1929, when people demanded the intervention of a strong government, disappointed in the free market. Now, according to Krastev, people rely on the state to take care of collective protection from a pandemic. And the same power will save the sinking economy.

This is already happening in several EU countries, and in Brussels too. They talk about hundreds of billions of saving grants and various other measures.

But the proof of the effectiveness of the government and its measures, as Krastev believes, will be something completely different – its ability to change people’s habitual behavior.

On the example of many countries, we already see that people began to wear masks, many try to keep the necessary distance, and tram drivers, for example, do not let those without masks. Does this confirm that the government is strong? We will see. It depends on whether he manages to effectively identify infected people and inhibit the spread of infection.

2. The return of borders and nation-states (nationalism)

One of the most obvious things is the loss of comfort, which ensured free movement inside the Schengen.

We heard about those who were stuck in another country and could not get on a plane, or that, for example, in the Dominican Republic, German airlines preferred German citizens, and in London only Hungarians planted a plane flying to Hungary.

According to Krastev, coronavirus shows the mystical role of borders and nation-states. In general, each government primarily cares about its own citizens.

Why don’t the Visegrad Four, for example, agree on mutual assistance in transporting citizens? “Under normal circumstances, member countries would not distinguish between the nationalities of patients, but during the crisis period they give preference to their citizens. Therefore, coronavirus strengthens nationalism, although not ethnic, ”said Krastev.

Governments are even ready to urge citizens to build walls, but not between states, but between each other to reduce the risk of infection. “Not a foreigner, but someone who is closest to you presents the maximum risk,” writes the Bulgarian intellectual.

3. Return of experts and science

The third lesson may surprise those who, after Brexit and the advent of Trump in the United States, are used to talking about the end of the era of experts. Almost no one wanted to listen to people who have been working with refugees and the migration crisis all their lives.

The power of social networks has shown that people often prefer to read nonsense, nonsense, gossip and deliberate misinformation instead of analytical articles by experts who have been working on a particular issue for decades.

Now, according to Krastev, everything can change, and the coronavirus will put an end to the era of populist politicians.

“Most people are willing to believe in specialists and delve into scientific evidence when it comes to their own lives. Professionalism is back in fashion, ”says Krastev.

4. The desire to monitor citizens

Here Krastev suggests thinking on his own, but this point is all the more important, in his opinion.

“Unfortunately, coronavirus will increase interest in the full-scale data collection based on the Chinese example,” Krastev believes. Already, we see that even the governments of countries with established democracies are encroaching on private life and, for the sake of stopping the epidemic, they have already begun to record all possible digital traces left by their citizens.

In Israel, without a proper approval process, like a thief in the middle of the night, the Netanyahu government, which, among other things, does not have a majority in parliament, has launched a secret tracking system for all Israelis’ mobile phones. This step is justified by the fact that this is the only way to effectively track down the infected and stop the epidemic.

But who guarantees that then Netanyahu will turn off this toy and not use it for other purposes? This is especially alarming in a situation where, in Israeli politics, due to the ambitions of one person, any rules cease to apply.

All this, according to Krastev, is justified by efficiency, and it seems that in the Chinese case, in the end, it has grown incredibly. “You should not be surprised if the day after the crisis, China looks like a winner, and the United States is a loser,” the political scientist writes.

Governments that in the past have already faced the economic and migration crisis, as well as the terrorist threat, according to Krastev, know very well one thing: panic is the worst enemy.

“If a month after the attack, people changed their usual behavior and stopped leaving their homes, this would only help terrorists achieve their goals,” Krastev writes. Something similar, in his opinion, happened after the financial crisis of 2008-2009, when changes in people’s behavior only aggravated the consequences of the crisis.

Therefore, leaders are accustomed to repeating phrases such as: “Keep calm” and “Do not panic.” But now governments are telling us that we must change our usual behavior.

Arguing with collective responsibility, they tell us that we must stay at home, wear masks, not meet anyone.

“The success of the government depends on its ability to intimidate people so that they do what they are ordered to do,” says Krastev, noting that the call not to panic during the time of the coronavirus does not work.

“In order for the pandemic to stop, people just have to panic and radically change their lifestyle.”

6. Think of the elderly

In the sixth paragraph, Krastev discusses the powerful influence of coronavirus on the dynamics of relations between generations. What does he mean?

“On the issue of climate change and the risks associated with them, the younger generation is very critical of the older one, considering the representatives of this generation to be selfish, not thinking about the future. But coronavirus has changed this dynamics, ”writes Krastev.

Now, the elderly members of society were under attack. In Czech stores, for example, they were assigned certain hours when only they can be purchased. This reduces the risk of infection. Now, older residents of the Earth may be at risk due to the reluctance of the Millennials to change their lifestyle.

7. The dilemma: people or the economy?

At some point, governments, according to Krastev, will have to choose between two ways: stop the pandemic from spreading, destroying the economy, or allow more deaths, but save the economy.

While Krastev does not undertake to predict the political impact of the Covid-19 epidemic.

For example, on the one hand, the crisis confirmed the fears of anti-globalists (closed airports and self-isolation of people). This is called the “ground zero” of globalization.

“But the new anti-globalist movements, which is paradoxical, can weaken the populist players who offer no solutions,” Krastev said.

He already understands that coronavirus will have a huge impact on the decisions of the European Union in all future crises. The changes will be dramatic.

Let’s forget about the mantra “Let’s not make debts”, forget about zero in deficit, which until now stood in first place for Berlin. The European government is also silent about opening borders to refugees.

We just have to see how the European project will change. But now, according to Krastev, it is clear that the coronavirus will provoke disputes about some of the most important foundations on which the European Union stands.

Coronavirus has stopped the global economy 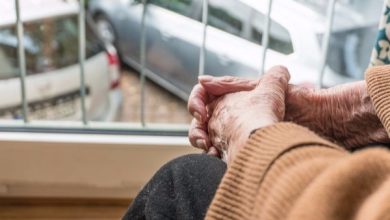 Israeli doctor clarifies the dangers of self-isolation for older people 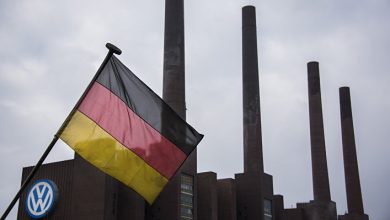 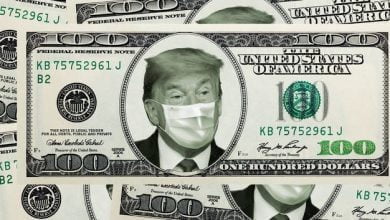 Trump refused to wear a mask 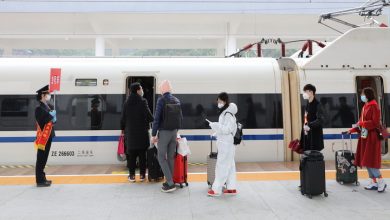 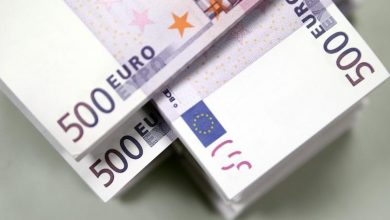 Global economy continues to be in a fever amid the coronavirus