(ORDO NEWS) — Right now, somewhere in Siberia and other cold regions of our planet, glaciers are melting. This is due to the gradual warming of the climate and is very worrying for scientists.

First of all, the melting of multi-year ice is fraught with an increase in the level of the world ocean – some cities are at risk of being under water by 2050.

However, this is not the only danger of melting glaciers, because as a result of this phenomenon, ancient viruses can crawl out to the surface, from which people have no immunity – an ancient virus has recently awakened from a long-term sleep in Yakutia.

With all this, there is one plus in the melting of ice, which is that scientists manage to discover the remains of ancient animals that have remained in ice captivity for thousands of years. In this article, we will talk about the most sensational discoveries made in places where glaciers are melting.

Let’s start with the superstar of our site, the mummy Ötzi – judging by the statistics, readers are very interested in the details about his life. The body of an ancient man was found in 1991, in the ice of the Alpine Ötztal valley.

At first, a couple of German tourists mistook the find for the body of a deceased climber, but then scientists found out that the mummified body belongs to a man 5,300 years old.

According to scientists, about 19 living relatives of ancient man live in the world today. There is reason to believe that he is the ancestor of the inhabitants of Corsica or Sardinia. 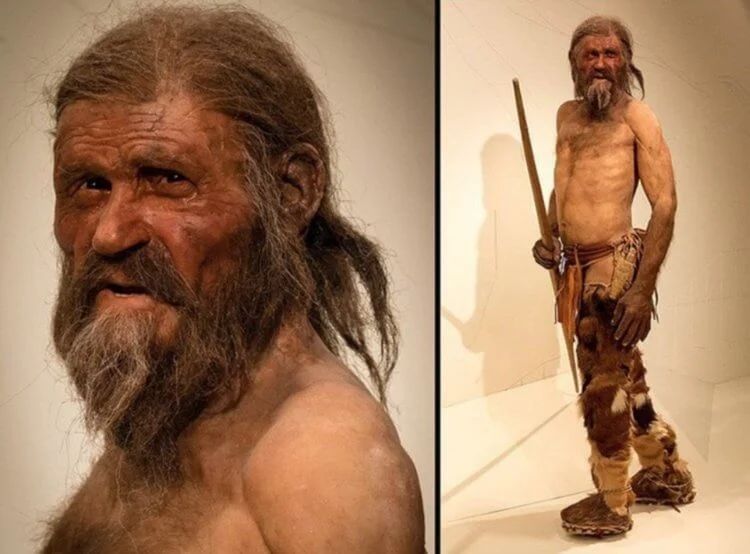 The body of a man for thousands of years was inside the ice, so it is perfectly preserved. The official version says that the cause of Ötzi’s death is a wound received during a fierce fight with another ancient person.

However, some scientists believe that this is an erroneous assumption. My colleague Andrei Zhukov told more about the mystery of the death of an ancient man, here is the link.

In 2010, on the southern coast of the Laptev Sea, the body of the baby mammoth Yuka was found. Judging by the wear of the molars, the baby mammoth was between 6 and 9 years old at the time of death.

During life, the height of the mammoth at the withers was 165 centimeters, and the body weight was 550 kilograms. The animal died about 28 thousand years ago when it got stuck in a swamp.

The uniqueness of the baby mammoth Yuka lies in the fact that due to storage in ice, he has preserved soft tissues and wool.

On the body of an ancient animal, traces of the claws of predators and even hunters were found – it is assumed that they found the body of a mammoth, cut off some of the fat and meat, and also took some bones.

Modern scientists took blood and brain samples from the animal. There is hope that people will be able to clone the mammoth and revive the ancient creatures.

Thanks to the permafrost, scientists know what kind of clothes some people wore in ancient times. In 2011, on the 2000-meter peak of the Norwegian Lendbreen glacier, researchers found an ancient handmade tunic.

According to the calculations of experts from Norway, it was made of wool about 1500 years ago. The same clothes were found hundreds of years ago in Sweden – it seems they were very fashionable.

It is believed that the tunic was worn by a slender man, presumably a warrior, about 1.75 meters tall. But how the clothes ended up on top of the glacier, scientists do not know.

Treasure at the crash site

In the cold regions of our planet, not only the mummified remains of people and animals are found. In 2012, on the Bosson glacier in the Alpine peak of Mont Blanc, a French climber found a metal box.

Inside it, he found several pouches labeled “Made in India“. Imagine his surprise when he realized that each bag contained rubies, emeralds and sapphires – about 100 pieces in total. 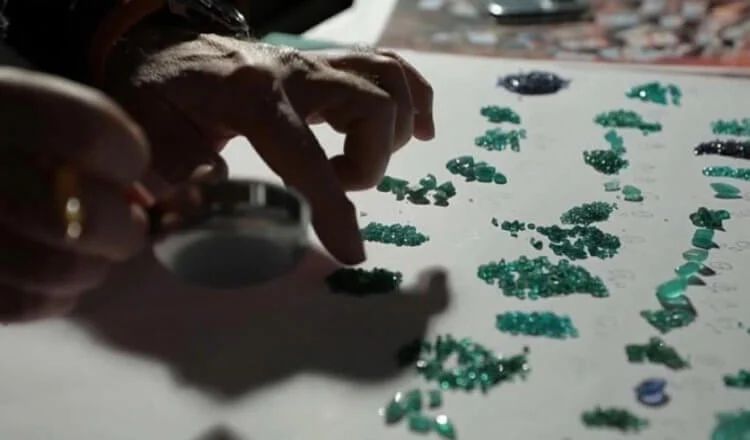 The man honestly gave the bag to the police, and they handed over the treasure to the authorities of the city of Chamonix (France).

Experts found out that at least two plane crashes occurred on the top of Mont Blanc – the treasures could belong to one of the passengers. A few years later, the climber was given a reward for the find.

The first disaster occurred in 1950 and claimed the lives of 48 people. The second occurred in 1966, when a Boeing 707 flying to New York crashed into the top of Mont Blanc. The crash killed 117 people, and there is still a crater at the site with personal belongings of the passengers.

In 2013, Laval scientists Warwick Vincent and Dennis Sarrazin found a bottle containing a letter under rocks on the Canadian island of Warhunt.

This note was an instruction from the American geologist Paul Walker – he asked the person who found the bottle to measure the distance from the place where the bottle was to the edge of the glacier.

The researchers completed their task and made a great discovery. It turned out that in 1959, when the note was written, the distance from the stone to the edge of the glacier was significantly different from the current indicator – the glacier was melting very rapidly.

It turns out that Paul Walker began to understand more than half a century ago that the world is threatened by global warming.

Unfortunately, a month after writing the letter, he died. But his letter after many years became a sensation.