(ORDO NEWS) — The archaeological site of El Tajin, located in what is now the Mexican state of Veracruz, is remarkable for many reasons.

There are many buildings, temples, palaces and ball courts here, but the most impressive of all is the stunning Pyramid. 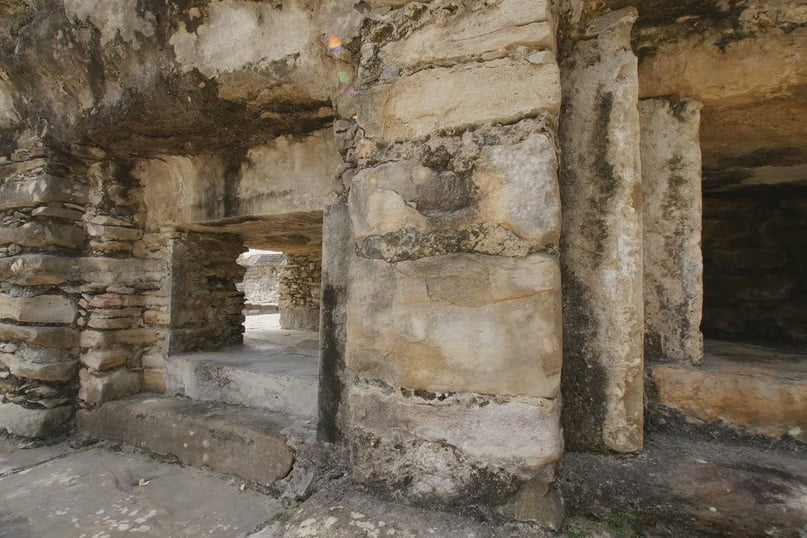 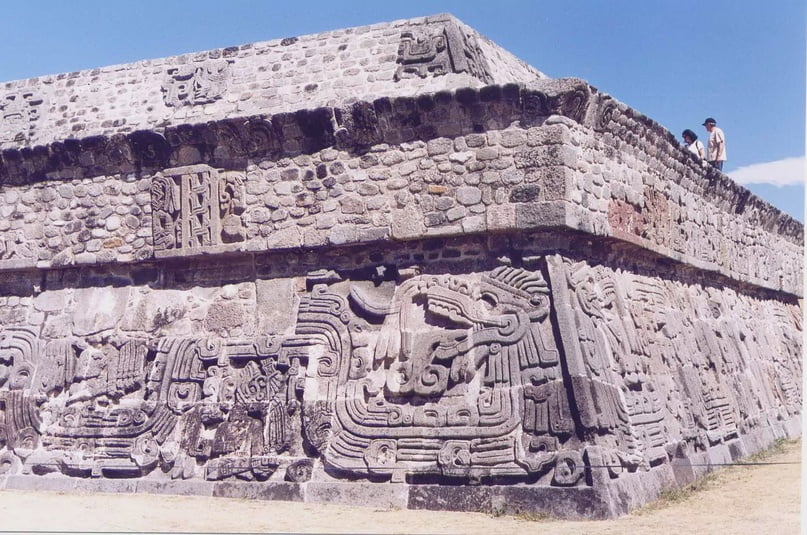 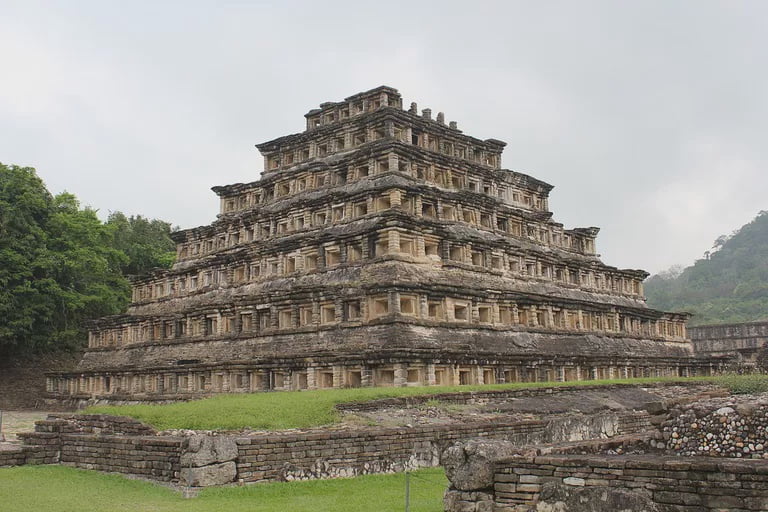 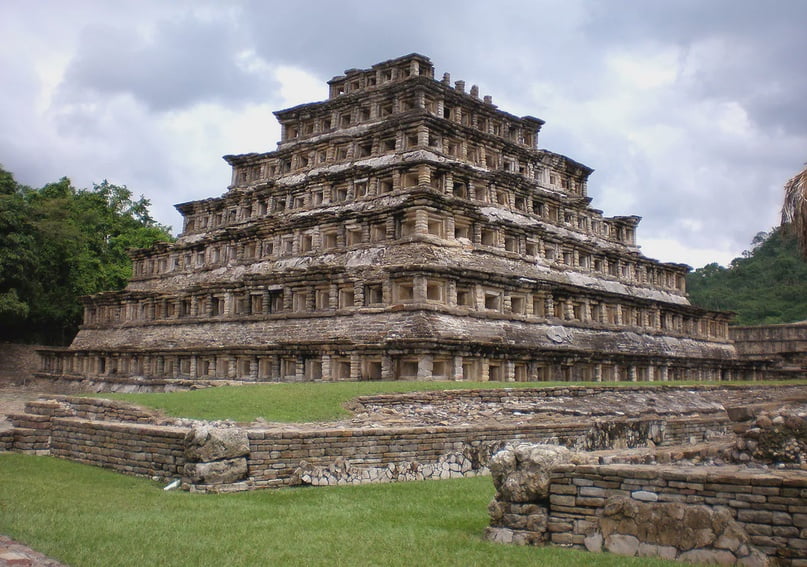 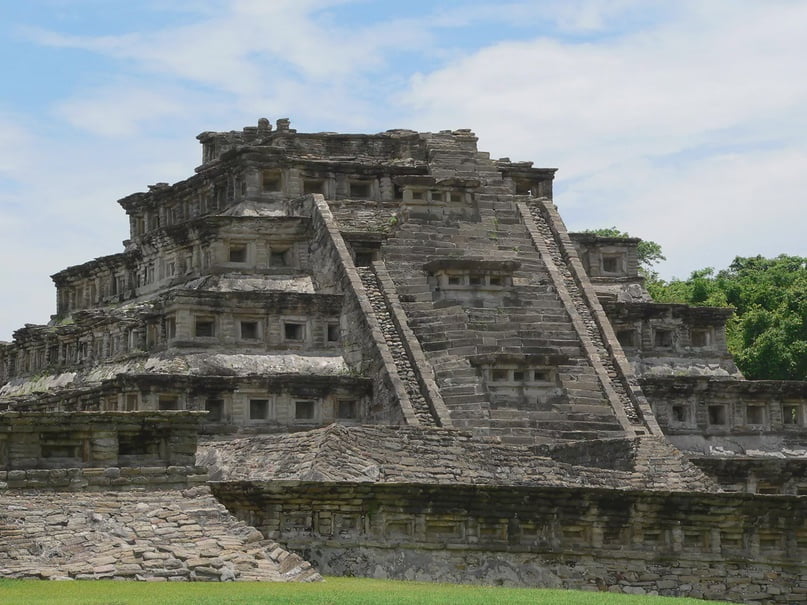 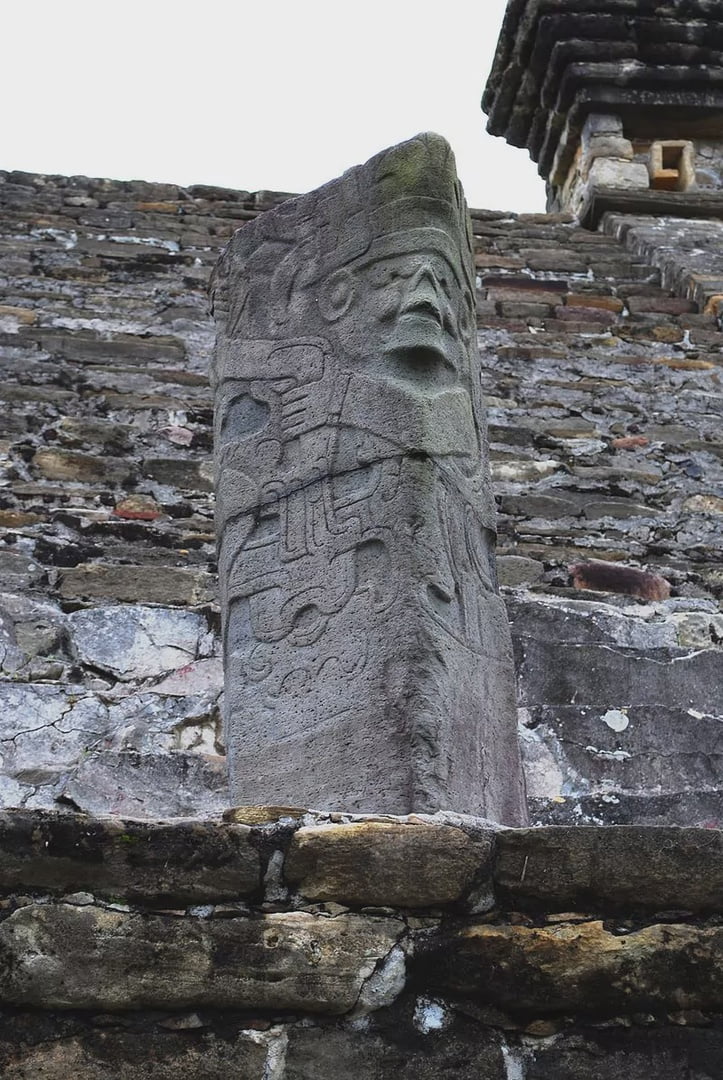 This temple obviously had a great symbolic meaning for the inhabitants of El Tajin: it once had exactly 365 niches, which meant its connection with the solar year.

Even after the fall of El Tajin, around 1200 AD, the locals kept the temple clean and it became the first part of the city to be discovered by Europeans.

Dimensions and appearance of the Pyramid

The pyramid of Nis has a square base, 36 meters (118 feet) on each side. It has six tiers (there was once a seventh, but it was destroyed over the centuries), each of which is three meters (ten feet) high: the total height of the Pyramid of Nis in its current state is eighteen meters (about 60 feet). 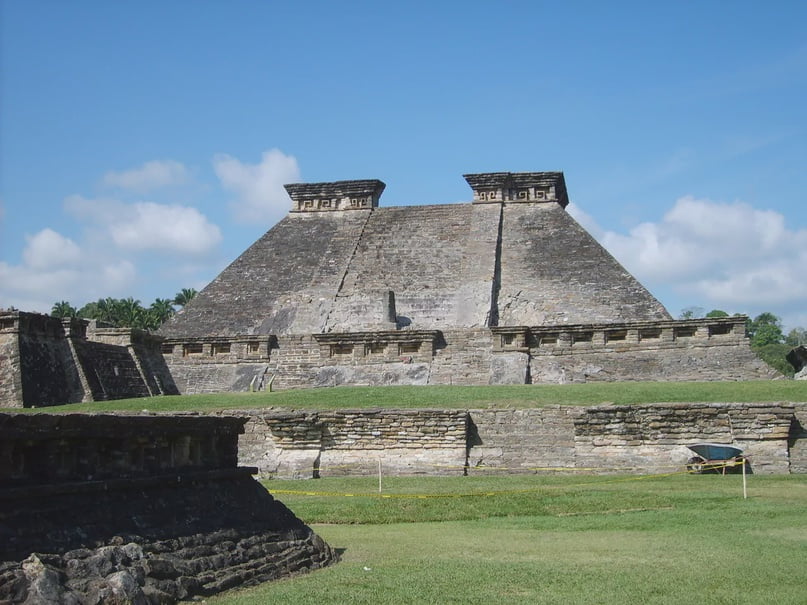 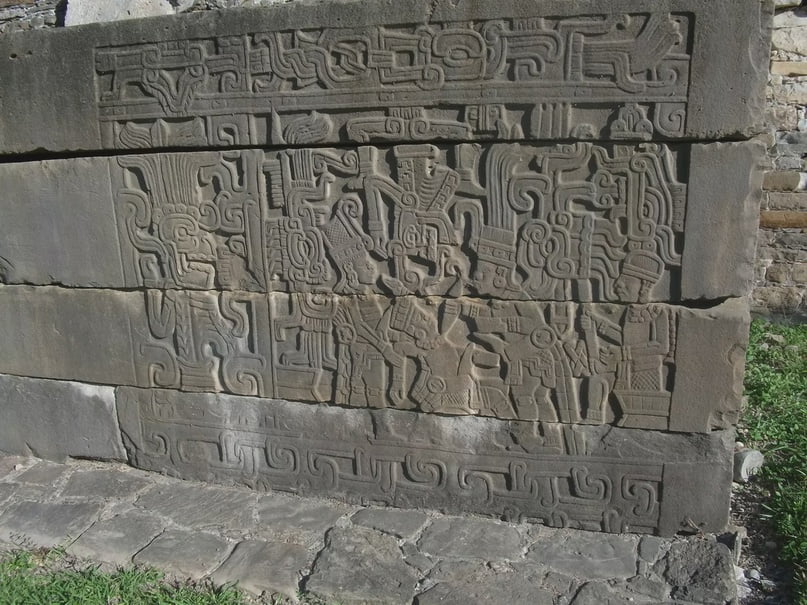 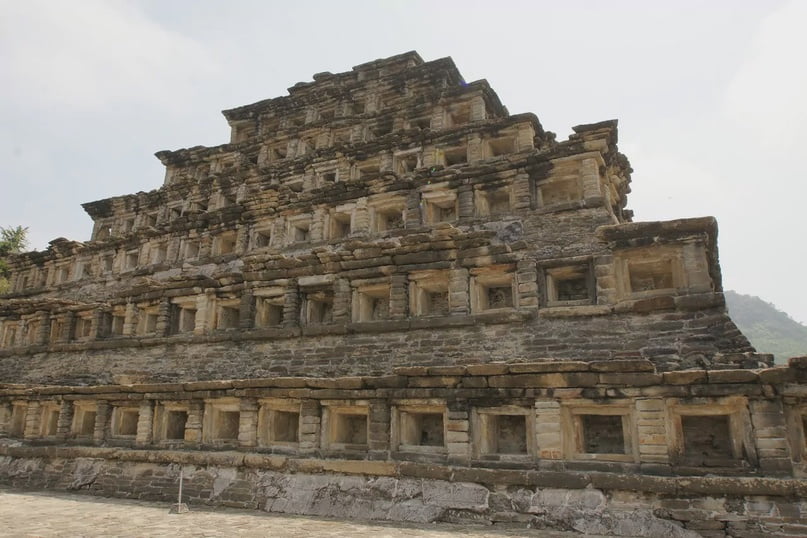 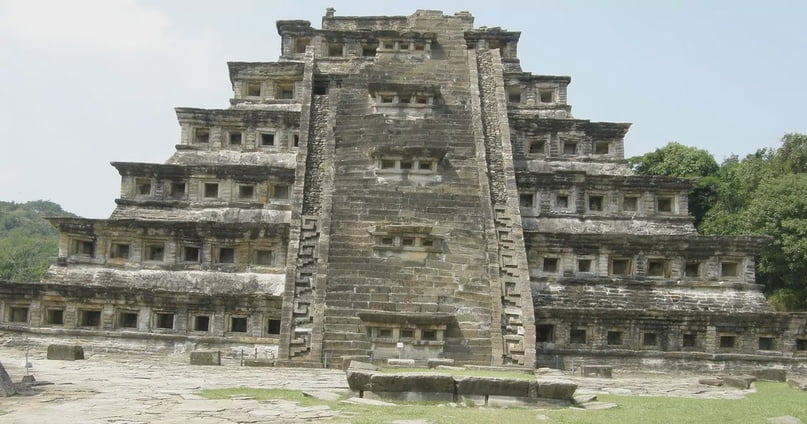 There are evenly spaced niches on each level: there are 365 in total. On one side of the temple there is a large staircase leading to the top: along it are five platform altars (there were once six), each of which has three small niches.

The temple-top structure, now lost, had several intricate relief carvings (eleven of which have been found) depicting high-ranking members of the community such as priests, rulers, and ball players.

Unlike many other great Mesoamerican temples, which were built in stages, the pyramid of Nis at El Tajine appears to have been built all at once.

Archaeologists suggest that the temple was built sometime between 1100 and 1150 AD, when El Tajin was at the height of his power. 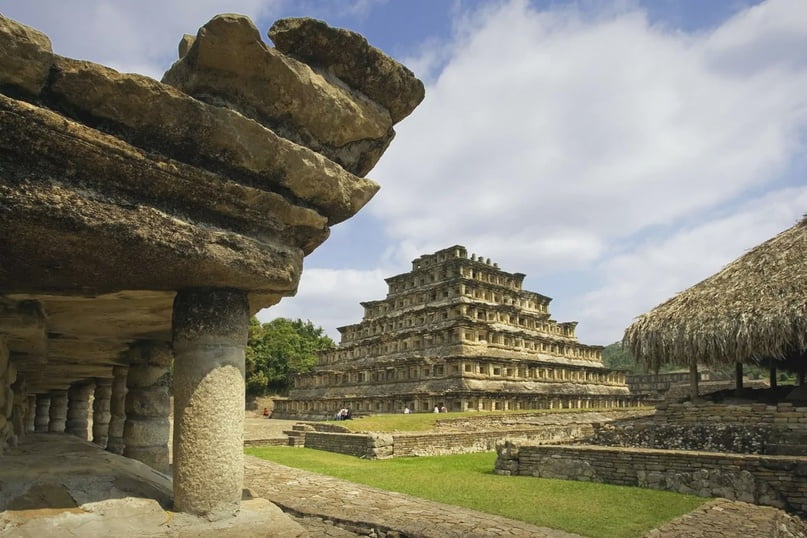 It is built from local sandstone: the archaeologist José García Payon believes that the stone for construction was quarried at a site along the Cazones River about thirty-five or forty kilometers from El Tajin and then brought there by barges.

After construction was completed, the temple itself was painted red and the niches black to emphasize the contrast.

Symbolism in the Pyramid

The pyramid of niches is rich in symbolism. The 365 niches clearly represent the solar year. In addition, there were once seven levels here. Seven times fifty two is three hundred and sixty four.

Fifty-two was an important number for Mesoamerican civilizations: the two Mayan calendars aligned every fifty-two years, and there are fifty-two visible panels on each face of the Temple of Kukulkan at Chichen Itza. The monumental staircase once had six platform-altars (now there are five), each of which had three small niches: thus, in total, eighteen special niches are obtained, representing the eighteen months of the Mesoamerican solar calendar.

Discovery and excavation of the pyramid

Even after the fall of El Tahin, the locals respected the beauty of the Pyramid of Niches and usually protected it from being overgrown by the jungle. Somehow, the local Totonacs managed to keep this place a secret from the Spanish conquistadors and later colonial officials.

This continued until 1785, when a local bureaucrat named Diego Ruiz discovered it while searching for underground tobacco fields. Only in 1924, the Mexican government allocated funds for the exploration and excavation of El Tajin.

In 1939, José García Payón took charge of the project and directed the excavations at El Tajin for nearly forty years. Garcia Payón dug a tunnel in the western part of the temple to get a better view of the interior and construction methods. During the period from the 1960s to the early 1980s, the authorities only maintained the site for tourists, but since 1984, under the Proyecto Tajin (“Tajin Project”), constant work continued on the site, including the construction of the Pyramid of Niches.

In the 1980s and 1990s, under the direction of archaeologist Jürgen Brüggemann, many new structures were excavated and studied.

Solar phenomenon of the holy city of El Tajin is revealed

Solar phenomenon of the holy city of El Tajin is revealed