US, WASHINGTON (ORDO NEWS) — The Hebrew state, which is intensifying its strikes against Iranian positions in Syria, has suffered a cyber attack against its hydraulic network attributed to Tehran, writes Le Point.

According to the publication, the secret meeting took place on Thursday. While Israel began its deconfinement already two weeks ago, the security cabinet finds itself for the first time in several months to raise a serious subject: an Iranian cyber attack would have hit the Israeli water network on April 24 and 25. Announced this Sunday by the Israeli channel 13, the attack, which targeted several command and control systems for water, would not have done much damage, but would be perceived in Israel as a major event because of the civil nature of the targets.

“This attack represents a serious strategic threat to Israel, especially since it targeted civilian infrastructure,” said Point Ely Karmon, researcher in strategic issues and counterterrorism at the Interdisciplinary Center in Herzliya (Israel).

“It was taken very seriously by the Israeli government, which may decide to retaliate.” According to the American channel Fox News, the first to have revealed the information on Thursday, Iranian hackers have used computer servers located in the United States to carry out their attack.

“Both Iran and Israel are currently engaged in cyber warfare where each side shows its muscles,” said a fine connoisseur of the country’s security circles. “If Iranian responsibility is confirmed, then it would be the first time that Iran has attacked an Israeli civilian infrastructure,” said Raz Zimmt, a researcher at the Institute for National Security Studies (INSS). “A cyber attack would be a much more practical – cheaper and less exposed – way for Iran to attack Israel. It could represent a response to the Israeli strikes targeting it in Syria.”

This incident is only the latest episode in the latent war between the Islamic Republic and the Hebrew State. For the past month, Israel has multiplied its military operations against Iran in Syria, carrying out at least seven air strikes against Iranian and pro-Iranian positions, which have killed at least 30 people. On March 31, the Israeli air force targeted targets in the province of Homs, in central Syria. On April 20, the IDF targeted military posts in Iran and Lebanese Hezbollah in the central Palmyra desert, killing 9, including 6 foreign fighters, according to the Syrian Observatory for Human Rights (SOHR).

On April 27, nightly Israeli raids south of Damascus killed four fighters, according to the SOHR, and three civilians, according to the Syrian state news agency Sana. The 1 st of May, Israeli aircraft hit a missile and munitions warehouse Hezbollah in the central province of Homs, as well as military positions of the Syrian regime and pro-Iranian militia in the provinces of Daraa and Quneitra in the south of the country. Finally, on May 4, Israeli raids targeted a research center in Aleppo province (northwest), as well as pro-Iranian militia positions in the Mayadin desert, and the localities of al-Salihiya. and al-Kawariya (East), killing 14 Iranian and Iraqi fighters.

The acceleration of Israeli operations in Syria corresponds for Tel Aviv to a window of opportunity created with the coupled effect of the elimination of Iranian General Qassem Soleimani, the raging coronavirus epidemic in Iran, and sanctions choking the Iranian economy. “Israeli operations have been made possible because Russia, the guardian of the Syrian sky, is much more neutral between Israel, on the one hand, and Iran and Bashar al-Assad, on the other,” said Ely Karmon.

“Iran has nothing to do in Syria”

Since the start of the conflict in 2011, Israel has reportedly carried out a total of hundreds of air strikes in Syria against Iran and its allies. If he rarely comments on its operations abroad, the Hebrew State has always meant that it would not let Iran, the main supporter of Bashar al-Assad’s forces with Russia, benefit from the reconquest of the territory by the Syrian president to settle permanently in Syria and threaten the Hebrew state.

“Iran has nothing to do in Syria […] and we will not stop until they leave Syria,” warned outgoing Israeli Defense Minister Naftali Bennett on Tuesday,in an interview with Kan 11, during which he did not hesitate to speak of “Vietnam” for the Islamic Republic. On condition of anonymity, an Israeli defense official even told the daily Haaretz that the Iranians had significantly reduced their presence there.

Present in Syria at the “invitation of the government” in March 2011, hundreds of Revolutionary Guards, the ideological army of the Islamic Republic, assisted the forces of Bashar al-Assad, a rare Arab ally of the ‘Iran. Under the cover of the fight against terrorism, the Pasdarans have led thousands of Shiite Lebanese, Afghan, Iraqi and Pakistani fighters against the Syrian rebellion, and have taken advantage of this to increase their military capabilities in this country bordering on Israel.

Double front in Lebanon and Syria

“The Iranians have exploited their presence in Syria to increase their military participation and improve their deterrence vis-à-vis Israel”, decrypts researcher Raz Zimmt. “They constantly reassessed their deployment. If the number of Revolutionary Guards has decreased in the past two years due to the losses, Iran has in turn increased the volume of Shiite fighters, including recently. According to this Israeli specialist in Iran, Naftali Bennett’s announcements do not correspond to reality. “These are political statements by a minister who is about to leave his post and wants to show that he has succeeded,” he said.

His rare public speaking on IDF activities in Syria nevertheless illustrates the strategic change made by Israel against Iran in the past two years. After having relatively spared the Iranian forces operating in Syria for seven years, the Hebrew State significantly increased its strikes against the Revolutionary Guards and their Shiite allies in 2018. And let him know.

“The objective is to do everything to return Iran, Hezbollah and the Shiite militias outside Syrian territory, in particular the Golan, on the northern border of Israel,” explains Ely Karmon. The Israelis have learned the consequences of their bad strategy in Lebanon, where they have neglected the long-term threat posed by Hezbollah, “said the expert. “Today they don’t want to end up with the risk of a double pro-Iranian front on their Lebanese and Syrian borders.”

In March 2019, the IDF announced it had dismantled a Hezbollah network north of the Israeli border, aiming to establish itself in the Syrian part of the Golan in order to carry out future attacks against the Hebrew state. It is “only the tip of the iceberg,” then warned Israeli Prime Minister Benjamin Netanyahu about information collected on the activities of the Lebanese movement and the Islamic Republic in Syria.

“Syria is a vital question for Iran,” said Point Hamzeh Safavi, a professor of political science at the University of Tehran. “Its aim is to obtain a strategic depth up to the Mediterranean Sea, as well as to support the axis of resistance, in particular Hezbollah ,facing Israel.”

To do this, the Iranians today seem to be backing off and refraining, despite some rare exceptions, from responding directly to Israel, quietly pursuing their long-term objective. “Iran continues today to deliver sensitive components and missiles to Hezbollah so that it has precision weapons against Israel,” said researcher Raz Zimmt. “Tehran has always viewed this movement as a way to respond if its nuclear sites were attacked.” 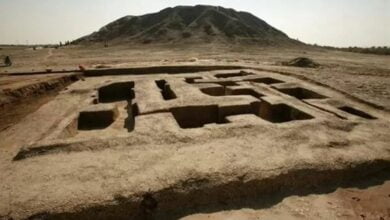 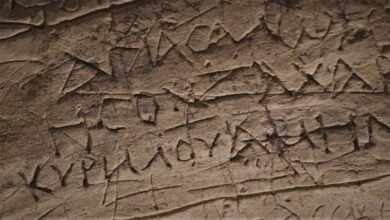