(ORDO NEWS) — There are currently eight planets in the solar system. In 2006, astronomers crossed out Pluto from the list of full-fledged planets and transferred it to the category of less massive dwarf planets, after which the number of planets remained unchanged for more than 10 years.

However, a number of signs found in the outer solar system indicate that another planet is present at a relatively large distance from the Sun, possibly in the icy Oort Cloud.

This putative Planet 9 is estimated to have a mass of 5 to 10 Earth masses and orbits at a distance of 400 to 800 astronomical units (1 AU equals the average distance from the Earth to the Sun) from our star.

A planet this far away is difficult to see with optical telescopes, so in the new work, the researchers used Chile’s Atacama Cosmology Telescope (ACT) to search for Planet 9 in millimeter-wave radio frequencies.

Although the ACT observatory was originally designed to study the CMB, its relatively high angular resolution and sensitivity made it possible to use the observatory to search for Planet 9.

Astronomers scanned about 87 percent of the sky accessible from the Southern Hemisphere over a six-year period, and then processed the millimeter-wave images using several different methods, which made it possible to detect dim sources at the expense of losing some information about the location of these sources.

This search turned up many interesting candidate sources (approximately 3,500 sources in total), but none of them were confirmed, and in addition, no statistically significant discovery was made.

Scientists, however, were able to rule out, with a 95 percent confidence level, the presence of Planet 9 with the properties described above within the observed zone results that are broadly consistent with other earlier searches that also indicated the absence of the suspected planet.

These results cover only 10 to 20 percent of all possibilities, the authors noted. At the same time, more millimeter-scale observatories are being commissioned today to help complete these searches, they added. 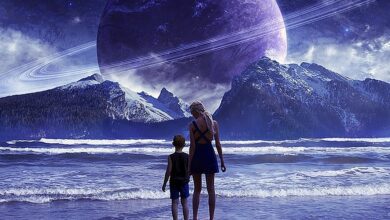