The quake caused widespread destruction in the border cities of Mexicoli, Mexico, and Calexico, California. In San Diego, located more than 160 kilometers to the west, skyscrapers swayed from the earthquake.

Subtle fluctuations in the Earth‘s ionosphere, a region of charged particles high above the surface, preceded the Bach earthquake, according to a new paper published in the journal Advances in Space Research.

Perhaps the fault that caused the earthquake was somehow telegraphing its impending rupture by sending out a stream of electrically charged particles that resonated in the ionosphere.

The ionosphere, which starts about 48 kilometers above the Earth’s surface and extends to about 965 kilometers, is where incoming energy from the Sun ionizes molecules in the atmosphere, bouncing off electrons.

The abundance of charged particles means that the ionosphere reacts to electric and magnetic fields, which other regions of the atmosphere do not usually do.

Using data from MIT’s Haystack observatory on the electron density in the ionosphere, a team of Chinese and American researchers analyzed the atmosphere over the Baja California region for 72 days before and after the earthquake.

After controlling for other factors that could affect the ionosphere, they stated that on March 25, 10 days before the earthquake, they saw a clear anomaly – a surge in the number of electrons in the ionosphere.

The burst of electrons was located above the quake’s epicenter, and it was unlike anything else they had seen in the data.

We can think of it as ripples on a lake, says Chen Zhou, a researcher at Wuhan University in China and co-author of the paper. The electronic signal looked like a brief but revealing redistribution of particles from their normal movements and positions, which the researchers were able to pick up as it passed by.

Zhou and colleagues said their work could support the theory that faults release electrical energy in the days leading up to an earthquake.

Exactly how this happens is not yet clear – some scientists believe it is the result of the radon gas released by the fault ionizing air molecules, while others believe that energized rocks can release bursts of electrons.

Fluctuations in the atmosphere

Scientists have been trying for decades to link disturbances in the ionosphere with earthquakes. One day, this method may even give scientists the ability to reliably predict earthquakes days in advance, which is impossible today.

A number of papers state that a connection has been found between discontinuous faults and the ionosphere, although the theory also causes fair criticism.

Much of the criticism stems from the fact that the ionosphere is statistically a noisy place. Everything – from solar radiation to air currents and the changing seasons – leaves its mark on the ionosphere, and in this noise it is very difficult to find any relationship between events near the Earth’s surface and perturbations in the ionosphere.

“The biggest problem is that [the ionosphere] is so variable that sometimes the signal can be very tiny due to the connection with the lithosphere,” says Angelo De Santis, geophysicist and director of research at the National Institute of Geophysics and Volcanology in Italy. “Therefore, it is necessary to conduct an analysis using statistical tools to ensure that the correlation found is reliable.”

But choosing which statistical tools to use can make a big difference. In this regard, De Santis said that he was not entirely convinced of the veracity of the article about the earthquakes in Baja.

The authors’ choice of equations may not have been subtle enough to completely isolate the anomalies they were looking for, and the choice of the mean, rather than the median, to calculate the baseline may have skewed the results, he said.

Zhou is well aware of the difficulties of processing data from the ionosphere. “We need to be very careful when processing the data. We need to develop very elegant algorithms to get very short but defined characteristics of these earthquake signals,” he said.

Perhaps our data and knowledge are not yet good enough to accurately determine the disturbances in the ionosphere associated with only one earthquake.

In a similar study published in 2019, De Santis and his co-authors studied more than 1,300 earthquakes from around the world. They linked similar ionospheric disturbances to earthquakes, but this work took a broader approach that is less likely to be fooled by false signals.

Another way to make earthquake searches more accurate, says De Santis, is to use more than one type of signal. Things like fluctuations in the magnetosphere above the ionosphere, seismic activity, and even the temperature of the earth can also portend earthquakes.

Zhou also acknowledged this. “The ionosphere is not the only means of prediction,” he said. “We need to use all kinds of data, all kinds of monitoring.” 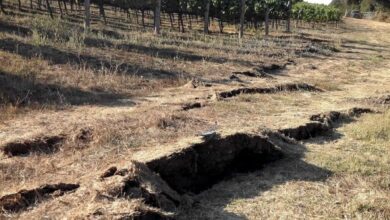 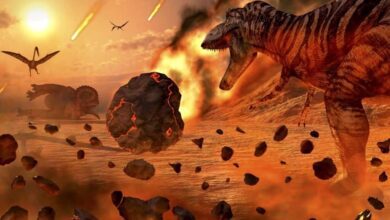 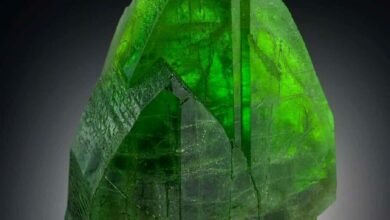 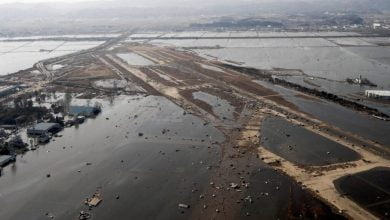 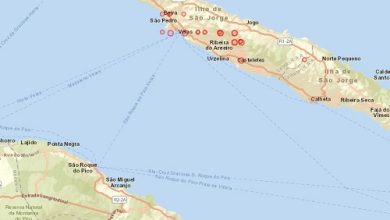