(ORDO NEWS) — Unusual round stones have been discovered on many of the Greek islands and other islands scattered across the Aegean, but it was in Akrotiri that the largest collection was found.

Stones come in a variety of sizes, colors, and materials, and have been the subject of debate for some time as to what exactly they were used for.

Archaeologists have studied about 750 stone balls found in the prehistoric city of Akrotiri on the Greek island of Thera.

“Small spherical stone artifacts have been found in the Bronze Age Aegean and Eastern Mediterranean,” the article explains.

“The exact use of such artifacts remains a mystery, but it is possible that they represent a form of counting system for board games.”

Back in the 70s, the prevailing idea among scholars was that these stone balls were used as sling stones in war or for throwing balls in sports.

This hypothesis remained popular for decades until, in the 21st century, other researchers pointed out that a ball made of stone was probably not suitable as a sports equipment. 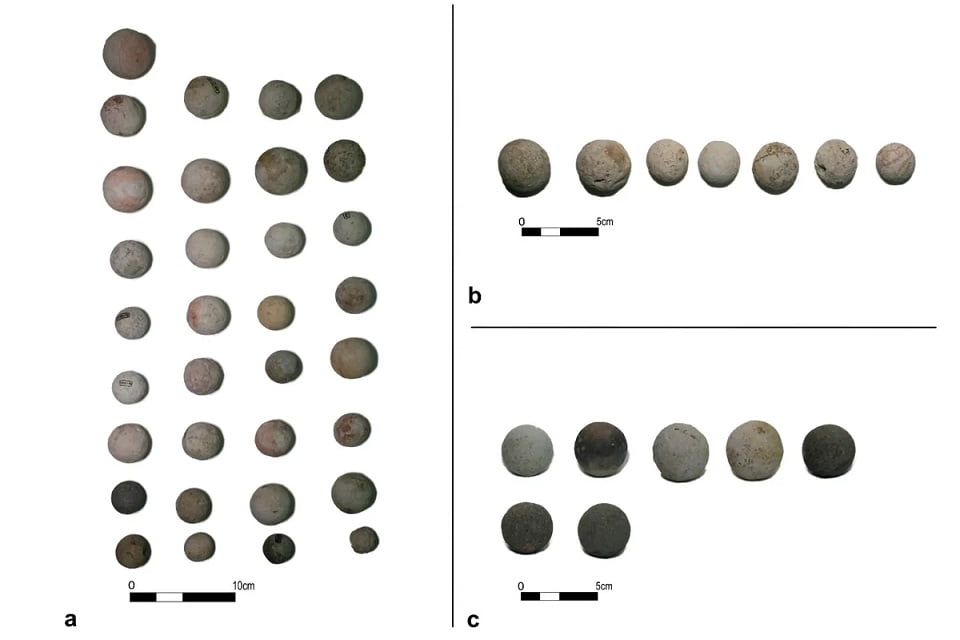 “It is unlikely that they were used as throwing balls, since if they are not caught, they can easily harm the players,” the authors note.

Other than that, “the spheres were unlikely to have been sling stones, the researchers explain, since all other examples from this period and later periods tend to be heavier than most of the Akrotiri spheres and egg-shaped.”

What, then, were these stone spheres used for?

Well, one clue can be found in the many kernos stone slabs ( Kernos is an ancient Greek pottery vessel ) found at Akrotiri and in settlements throughout the Aegean, which probably have small dents or bowl marks. 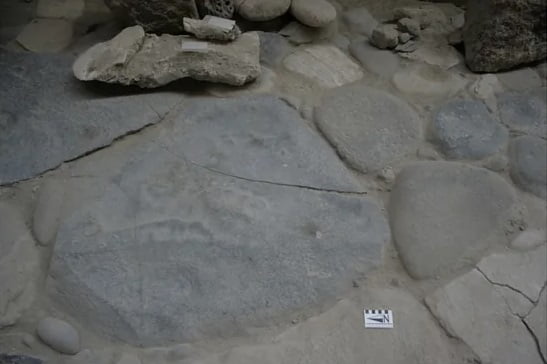 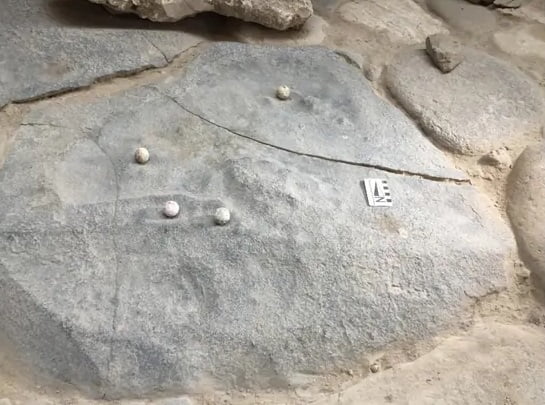 “The fact that the spheres correspond to two main clusters… supports the hypothesis that they were used as board game pieces,” said lead author of the study, anthropologist Christiane Fernet of the University of Bristol.

“Spheres have been assembled to match these clusters.”

If these are indeed playing pieces for playing ancient chess or checkers, then it is one of the oldest in history.

Traces of an ancient ocean found on Mars

Traces of an ancient ocean found on Mars