(ORDO NEWS) — Modern scientific theories about the structure of the universe suggest that small satellite galaxies should be distributed around their parent galaxies in random orbits.

However, observations have shown that these smaller galaxies form a kind of disk, not unlike Saturn’s rings. Needless to say, this fact represents a strange “gap” between reality and theory.

Now, according to Futurism , researchers are trying to bridge this gap by assuming that invisible “walls” formed by a new class of particles called symmetrons are responsible for the orderly arrangement of dwarf galaxies, a fascinating speculation that could rewrite the laws of astrophysics.

The current standard cosmological model , known as the Lambda-CDM model, assumes that the universe consists of three basic elements:

The model suggests that smaller satellite galaxies have been captured by the gravitational pull of larger host galaxies and forced to move in chaotic orbits. However, this was not reflected in actual observations.

Now, two astrophysicists at the University of Nottingham may have come up with an explanation, detailed in a new, yet -to-be-peer-reviewed study.

They speculate that a “fifth force” might be ordering dwarf galaxies into disk-like shapes, while still accounting for the existence of dark matter, the mysterious substance that seems to account for the vast majority of the universe’s mass.

According to their theory, speculative particles known as symmetrons, which researchers have used to explain gaps in our knowledge of the universe, can generate a fifth force to form “domain walls” or boundaries in space. 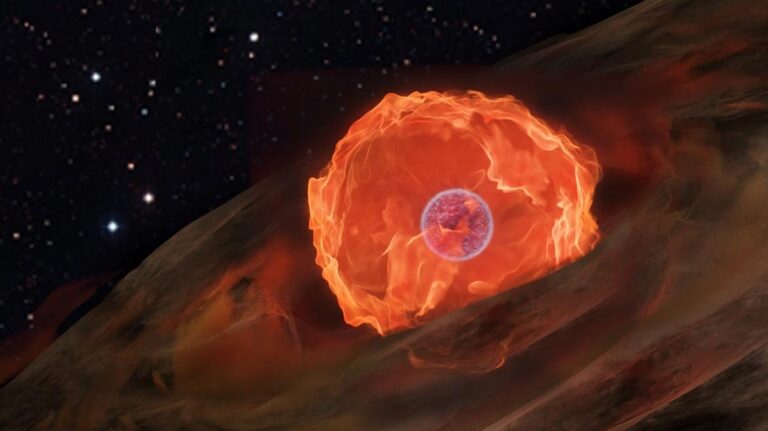 “We have dark matter and dark energy, and therefore we suspect that we will need to add new particles to our standard model in order to explain the observed features,” said Anish Naik, a research fellow at the University of Nottingham and lead author of the study. “Symmetron is a new candidate for dark energy and/or dark matter particles.”

Symmetrons could exist in groups with different polar states, forming invisible walls between themselves. These walls, in turn, can cause smaller satellite galaxies to form discs around much larger host galaxies.

But there are still a number of unanswered questions, so Nike and his colleague, University of Nottingham physicist Claire Burrage, have a lot of work ahead of them to try to solidify the new theory.