(ORDO NEWS) — A self-taught person is someone who has learned something without a teacher (mentor) or formal education. Notable examples of a self-taught maestro are Leonardo da Vinci, an inventor, artist, and scientist who spoke 16 languages, or Kato Lomb, a Hungarian translator and writer who spoke at least 17 languages. Now this list can be replenished with a new character: our Universe .

According to new research that has been published on the arXiV preprint server (meaning the work has not yet been peer-reviewed), the universe can constantly learn how to evolve into a more stable state.

The article, written by researchers at Microsoft and scientists at Brown University, explains that all the laws of physics that we can observe or measure today are laws that formed themselves over time. The study authors argue that if we want to understand how these laws of physics evolved, we must apply Darwinian natural selection to cosmology.

As the universe strived for stability over time, the simpler laws of physics that it first relied on have evolved and become much more complex. Why are there still cats and dogs in our world , but no trilobites or dinosaurs ?

Because cats and dogs were the best adapted to their environment and successfully passed on their genes to their offspring. The same is true for the universe – the only difference is that the universe does not need to compete with other universes, but only needs to continue to expand.

Imagine an early version of the universe where, for example, the gravitational attraction between objects was weaker. In this case, Newton’s law of gravity, which states that all particles of matter in the Universe attract any other particles of matter with a force that is directly proportional to the product of their masses and inversely proportional to the square of the distance between their centers, cannot be true in the early Universe.

Today, this law explains why the gravity of the Moon is 6 times weaker than the gravity of the Earth (the Moon has a much lower mass), but in the young Universe, gravity could be a more static value and on the Moon and Earth, perhaps, be the same. A similar approach can be applied to the rest of the laws of physics. 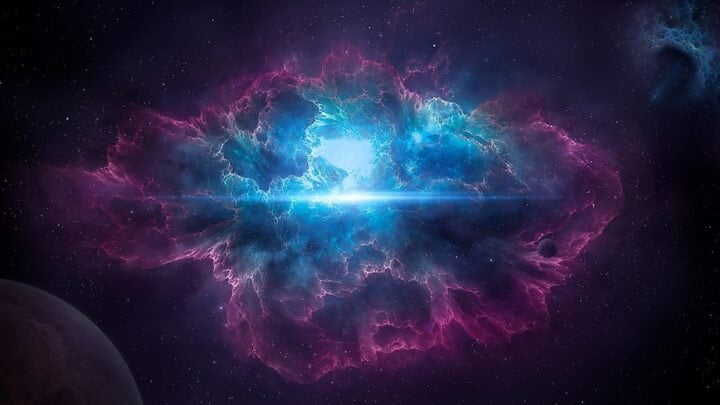 “Over time, this system will self-learn, and some new fundamental laws will emerge, and this is really what they are talking about [the authors in their article],” explains Jeanne Levin , American cosmologist and professor of physics and astronomy at Barnard College. – If the Universe is able to perform calculations using a given set of algorithms, then perhaps it can do the same thing that we observe in artificial intelligence, where there are self-learning systems that teach themselves new rules. And by rules, in cosmology, we mean the laws of physics. “

The new study combines cosmology, or the study of the universe and its origin, with biology.

“We ask if there could be a mechanism woven into the fabric of the natural world, with the help of which the universe could study its laws,” the authors write.

In other words, a universal law can go beyond all areas of science. This means that the laws of physics as we know them can obey the higher-order laws of the universe that govern them.

“Exploring connections between fields is critical because knowledge is not fundamentally shared,” says Bruce Bassett , professor in the Department of Mathematics at the University of Cape Town and head of the cosmology group at the African Institute of Mathematical Sciences in South Africa. – We humans are just narrow-minded. We segment and compress knowledge in biology, physics and sociology because of our limited brains, and the cost of such segmentation and compression is that we easily miss the similarities and hidden universality between branches of human knowledge. ”

Perhaps that is why it is difficult for people to understand and accept the idea that the Universe can be self-organized – we do not have scientific disciplines that could explain the Universe well enough, in full.

“The universe doesn’t have to make sense in your eyes,” the famous cosmologist and popularizer of science, Neil DeGrasse Tyson, once said.

And, unlike us humans, the universe does not need to compete with other universes; space goes about its business. Undoubtedly, when we use terms such as “compete” and “deeds” to describe outer space, we succumb to anthropocentrism, the philosophical point of view that everything begins and ends with humans. But, unfortunately, there is nothing we can do about it.

“In many ways, our understanding of the world is rooted in the language in which we are accustomed to communicate, – added Levin. – The universe does not have a conscious mind, as well as selection; selection is 100% agnostic.” 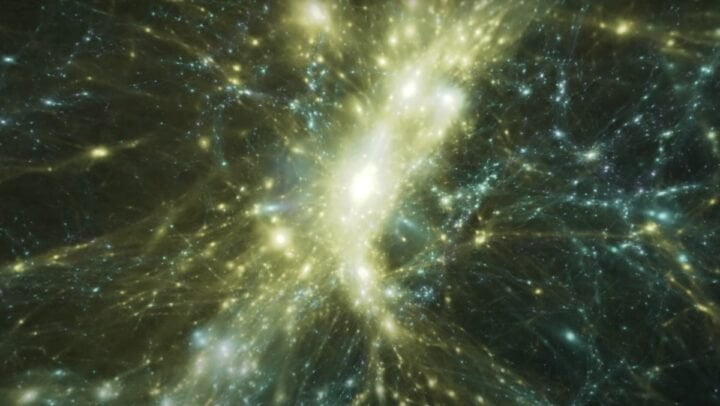 Towards the end of their nearly 80-page article, scientists admit that their work is an attempt to take the first and uncertain steps towards the formation of a new theory.

“It’s too early to tell if these ideas have anything to do with our universe,” Bassett says. “The main idea is intriguing and combines cosmology with the key ideas behind artificial intelligence, but at the same time it is speculative and radical.”

“This is an invitation to explore crazy ideas because we are dealing with a crazy universe,” he says. “Most likely, it will not lead to anything interesting, but perhaps it will inspire a real breakthrough, and perhaps it will lead us there, about which even the authors could not imagine.”