(ORDO NEWS) — In the future, fusion reactions inside tokamaks could produce far more energy than previously thought, thanks to a groundbreaking new study that found the basic law for such reactors to be wrong.

A study by physicists at the Swiss Plasma Center of the Federal Polytechnic School of Lausanne (EFPL) determined that the maximum density of hydrogen fuel is about twice the “Greenwald limit” – an estimate derived from experiments more than 30 years ago.

The discovery that fusion reactors can actually operate with hydrogen plasma densities that are much higher than the Greenwald limit for which they are designed will affect the operation of the massive ITER tokamak under construction in southern France, and will greatly influence the ITER successor projects, called the Demonstration Project. power plant (demonstration power plant). DEMO) of fusion reactors, said physicist Paolo Ricci of the Swiss Plasma Center.

“The exact value depends on the power,” Ricci told Live Science. “But, by rough estimate, the increase in ITER is about two times.”

Ricci is one of the leaders of a research project that combined theoretical work with results from about a year of experiments at three different fusion reactors across Europe: the Tokamak à Configuration Variable (TCV) EPFL, the Joint European Torus (JET) at Culham in the United Kingdom, and the tokamak with modernization of an axisymmetric divertor (ASDEX) at the Max Planck Institute. in Plasma Physics at Garching, Germany.

He is also one of the lead authors of a study on the discovery, published May 6 in the journal Physical Review Letters.

Thermonuclear fusion of the future

Donut-shaped tokamaks are one of the most promising fusion reactor designs that could one day be used to generate electricity for the power grid.

Scientists have been working for over 50 years to make controlled fusion a reality; unlike nuclear fission, which generates energy by breaking down very large atomic nuclei, fusion can generate even more energy by combining very small nuclei.

The fusion process produces much less radioactive waste than fission, and the neutron-rich hydrogen it uses as fuel is relatively easy to obtain.

The same process powers stars like the Sun, so controlled fusion has been likened to a “star in a jar”; but since very high pressure in the heart of a star is not possible on Earth, fusion reactions here require temperatures higher than in the Sun.

Several fusion projects are currently at an advanced stage, and some researchers believe the first tokamak to produce electricity for the grid could be operational by 2030, Live Science previously reported.

More than 30 governments around the world also fund ITER. tokamak (Iter means “way” in Latin), which is due to produce its first experimental plasma in 2025.

However, ITER is not designed to generate electricity; but ITER-based tokamaks, which will be called DEMO reactors, are now being developed and could be operational by 2051.

At the heart of the new calculations is the Greenwald limit, named after MIT physicist Martin Greenwald, who determined the limit in 1988.

The researchers were trying to figure out why their fusion plasma actually became unmanageable (they expanded beyond the magnetic fields that kept them inside the tokamak chamber).

When they increased the density of the fuel beyond a certain point, and Greenwald derived an experimental limit based on the small radius of the tokamak (the size of the donut’s inner circle) and the amount of electric current passing through the plasma.

While scientists have long suspected that the Greenwald limit could be improved, Ricci says it has been a founding rule of fusion research for more than 30 years. For example, this is the guiding principle for the design of ITER.

However, the latest research expands on both the experiments and the theory that Greenwald used to derive his limit, resulting in a much higher fuel density limit, which he says increases the power of ITER and influences the DEMO reactor designs that come after it. the response is increasing, he said.

It is not yet possible to know how such a large increase in fuel density will affect tokamak power output, Ricci said, but it is likely to be significant; and studies show that higher fuel density will make fusion reactors easier to operate.

“This makes it easier to achieve safe and sustainable synthesis conditions,” he said. “This allows you to reach the mode you want so that the fusion reactor can work properly.” 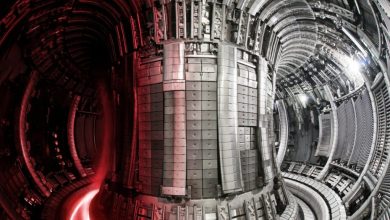