(ORDO NEWS) — A team of scientists from Northwestern University, USA, has published a study showing that an extremophilic form of the bacterium Deinococcus radiodurans (formerly called the “Conan bacterium” for its supernatural ability to survive in the harshest conditions) could survive under the barren surface of Mars for 280 million years.

The initial test of the bold hypothesis will be carried out as part of the analysis of the latest data from the Red Planet, transmitted by the current NASA Curiosity and Perseverance rovers .

The authors of the study conducted a series of experiments on extremophilic fungi and bacteria, whose hallmark is their amazing ability to withstand super-harsh conditions that kill everything else, to see if they can cope with an environment that mimics conditions on the surface of Mars .

It was found that the Conan bacterium not only survived the gamma radiation that scientists fired at it, but also showed the best adaptation to the extremely cold and dry Martian conditions.

“In the new experiments, the Conan bacterium survived astronomical amounts of radiation in a frosty and arid environment,” the study authors said, “much longer than spores of bacilli, which can survive in extreme conditions on Earth for millions of years.”

Building on previous research that showed these “tough” bacteria can withstand Martian radiation, the team used spectrogram technology to measure the amount of manganese antioxidants in test subjects’ cells to determine how well (and for how long) they can survive such intense radiation.

The researchers note that the Conan bacterium, if it were on the surface of Mars, could not withstand prolonged exposure to ultraviolet radiation from the Sun, but if it is buried just 10 centimeters, it can live for more than 1.5 million years. If Conan is sent to a depth of 10 meters, then a bacterium can survive for 280 million years! 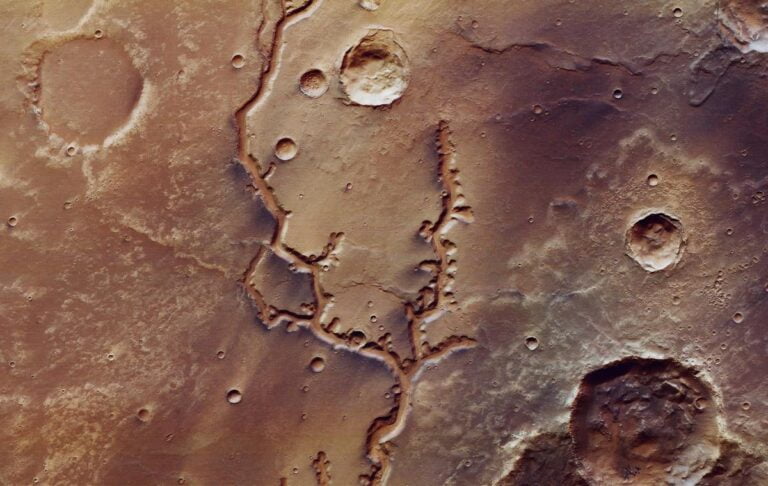 “If Martian life ever existed, even if there are no viable representatives on Mars now, then its [Martian life] macromolecules and viruses could survive much, much longer,” said Michael Daly, professor of pathology at the Uniform Health Services University.

Planetary scientist and lead author of the study.

“This increases the likelihood that if life has ever been [or is] on Mars, then this will be established in future missions.”

Daly and his team are calling for Martian missions that will bring soil samples back to Earth that could be found to contain Deinococcus radiodurans.

Conclusion
We have mounting evidence that Mars could be a relatively hospitable place for certain types of life, at least in theory. And if Martian life is as hardy as scientists believe, then we should be very careful about the samples that end up on Earth after 2033 .