(ORDO NEWS) — Sharks need to constantly move in order to breathe. Therefore, it is believed that they never sleep. Is it true? Scientists have found the answer.

In a study published in the journal Biology Letters , scientists decided to observe the behavior of the New Zealand cathead shark ( Cephaloscyllium isabellum ).

They wanted to determine the metabolic signs of sleep and track sleep indicators such as eye closure and changes in body position (lying down). The researchers observed the sharks during sleep, as well as during rest and active swimming for 24 hours.

As a result, the scientists were able to identify sleep phases in the cathead shark that were associated with a lower metabolic rate and an immobile/horizontal posture.

Do sharks close their eyes when they sleep?

According to the observations of scientists, sleeping sharks most often closed their eyes during daylight hours.

This is probably not due to the state of sleep itself (i.e. they do not prefer to sleep with their eyes closed like other animals), but to external factors such as the presence of light.

What about other sharks?

Laboratory experiments dating back to the 1970s showed that dog sharks can move and sleep at the same time. To do this, they “turn off” the brain, allowing the spinal cord to control the movements of the body.

The authors of the new study plan to follow other sharks in the near future. For example, for tiger sharks and mako sharks.

By the way, you can find out more about how sharks sleep (and do they?) in our material . 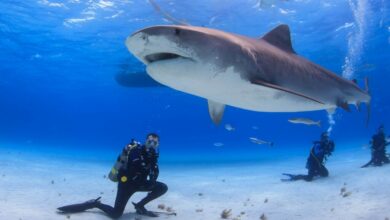 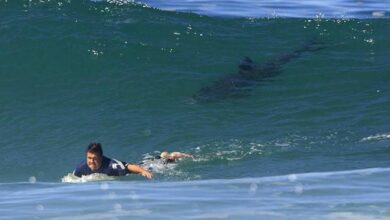 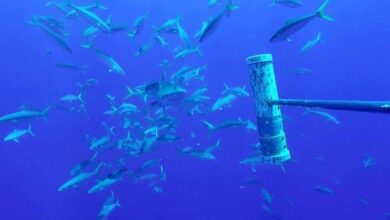 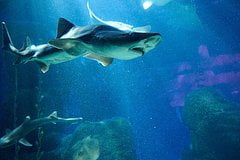 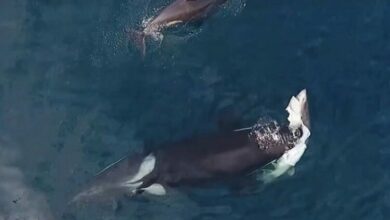