(ORDO NEWS) — A team of scientists from the University of East Anglia (UK) found that coastal cities are sinking several times faster than previously observed. It turns out that the matter is not only in the increase in the level of the World Ocean associated with global climate change, but also because of anthropogenic factors. Human activity accelerates the process of land subsidence. This was reported on the pages of the Nature Climate Change publication.

According to the observations of scientists, the rate of subsidence of coastal areas under water is approximately equal to 2.6 millimeters per year.

This pace has been maintained with some stability over the past two decades. However, scientists made new calculations and found that in the already affected regions, this process has reached a rate of 7.8-9.9 millimeters per year.

Such a high rate of land subsidence is directly related to human activities. The extraction of hydrocarbons, the pumping of groundwater and the construction of dams directly affect the processes of land subsidence, which worldwide affected 58% of the population living in coastal areas.

Scientists report that the transfer of the capital of Indonesia from Jakarta to a separate island is a direct consequence of land subsidence.

Large coastal metropolitan areas, home to millions of people, are becoming vulnerable to high tides and storm surges. According to the researchers, in order to stop or at least slow down land subsidence, it is urgent to start regulating the process of pumping groundwater. Will it help? 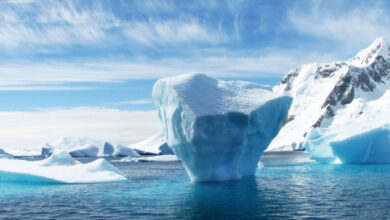 Past 9 years have been the warmest on record