(ORDO NEWS) — The GREGOR telescope, installed at an altitude of about 2,400 meters above sea level on the island of Tenerife, has produced the most detailed photographs of dark spots and plasma structures on the Sun. It is reported by The Indian Express.

Scientists have been re-equipping the telescope at the Spanish Teide Observatory for a year. After completing all the planned activities, astronomers were able to obtain amazingly high-quality images of the structure of our star.

Now the GREGOR telescope is capable of photographing details on the surface of the Sun about 50 kilometers in size (the diameter of the Sun is 1.4 million kilometers). Scientists have never taken pictures with such high resolution before.

This does not mean much to a common man in the street, so astronomers gave an unusual comparison. According to them, it will be about the same if from a distance of one kilometer a needle is viewed in high quality on a football field. 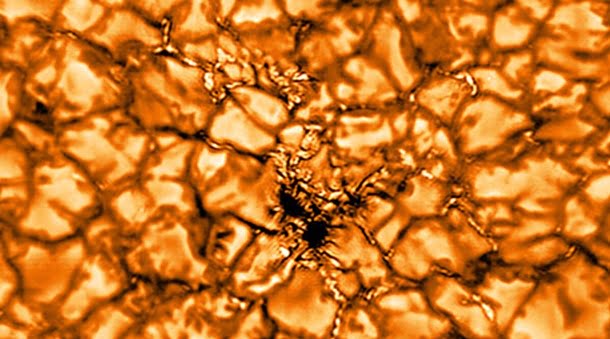 In the photographs presented, you can see in detail the formation of spots and the structure of the plasma.

Earlier it was reported about the beginning of work on the creation of the newest telescope called “Nancy Grace Roman”, which will look for wandering planets drifting in space. The power of the projected equipment will make it possible to look deep into space at distances of thousands of light-years from us. Currently, none of the existing observatories on the planet has such capabilities.

The famous astronomer said in ancient times, aliens lived on our planet

The famous astronomer said in ancient times, aliens lived on our planet