(ORDO NEWS) — The interstellar object “Oumuamua” has fascinated and puzzled astronomers since it was first discovered four years ago – and now some of them are eager to get a closer look at it.

In their opinion, approaching an object could forever change our understanding of the universe around us, which is a tempting possibility, since stones like ‘Oumuamua are extremely rare.

That is why a team of researchers from the British nonprofit Initiative for Interstellar Studies are proposing to fly the spacecraft twice around Earth, then Venus and finally Jupiter to gain enough momentum to catch up with the unusual rock in a mission dubbed Project Lyra.

After launching in 2028, the goal is to rendezvous with ‘Oumuamua in interstellar space some 26 years from now – an extremely ambitious task, but at the same time with huge potential scientific payoff.

Scientists have put forward a number of different hypotheses about what the oblong 650-foot object actually consists of.

“Theories explaining the nature of 1I/’Oumuamua include a fractal dust aggregate, a hydrogen iceberg, a nitrogen iceberg, an alien solar sail, fragments of a tidally disturbed planet, and so on,” the Interstellar Research Group wrote in a recent preprint about their proposal, seen by Forbes.

But we won’t know for sure until we see the object with our own eyes.

Now is the time to start planning now, as rocks like ‘Oumuamua – unique even among other interstellar objects – don’t visit us often.

“We now know that such a mission is, at least in principle, achievable,” project co-author Adam Hibberd, who developed the software for the project, told Wired in 2020. “The possible scientific payoff will be enormous and could fundamentally change our understanding of our place in the universe.” 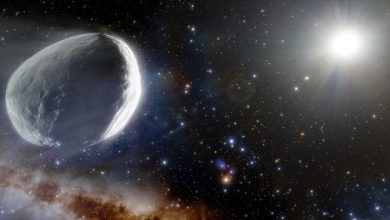 An unknown space object entered the Earth’s atmosphere over India 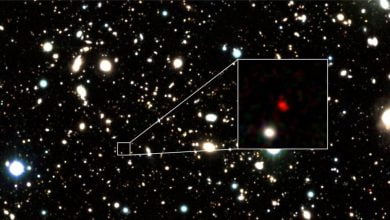