(ORDO NEWS) — Scientists at the University of California Santa Cruz have completely read the DNA of the Dodo bird, which became extinct in the 17th century. Biologists have obtained artificial embryonic cells from the endangered northern white rhino.

The last time a dodo bird (Mauritian dodo Raphus cucullatus ) was seen by Dutch sailors on the island of Mauritius was in 1662. This is a large flightless bird about 90 cm tall. Dodo was completely exterminated in less than a hundred years.

But quite a lot of bird remains have been preserved. The best are at the Natural History Museum in Copenhagen. Geneticists from the University of California Santa Cruz reportedthat they were able to completely read the dodo genome.

If there is DNA, then, in principle, it can be implanted into the egg of a closely related species. First author of the study, Beth Shapiro, says: “If I have a cage, how do I turn it into a living, breathing animal? To do this, you need to clone cells.

This approach was used to create Dolly the Sheep. But we don’t know how to do this with birds because of the complexities of their reproductive pathways.” Here, scientists are at the very beginning of their work. But the hope that someday the dodo bird will again pass on Earth appeared.

Save the white rhino

And these days, different kinds of animals are disappearing. There are only two northern white rhinos ( Ceratotherium simum cottoni ) left in the world. They live in a national park in Kenya. Their names are Fatu (22 years old) and Naijin (31 years old).

On average, white rhinos live 40-50 years. Both rhinos are female. So natural breeding is not possible. An international team of scientists is making great efforts to save the species. scientists workin two directions. The sperm of the last male was frozen.

Fatu and Naijin had their eggs harvested and fertilized. The Nijin embryos did not survive. 16 Fatou embryos were frozen. Now you can try to implant the embryo in a young female of the closest species – the southern white rhinoceros.

But the risk that the embryo will not develop is very high. Therefore, scientists have postponed the attempt for now. The other one just won’t. Fatu is out of reproductive age. The second way that biologists went: they took skin cells from rhinos and obtained from them pluripotent stem cells – oocytes.

But this is not enough. In order for the obtained oocytes to turn into normal mature eggs, they must be grown in ovarian tissue. Such tissue, however, has already been grown only for mice. So there is still hope.

The world-famous primatologist Frans de Waal, in his book The Origins of Morality, provides impressive examples of empathy in animals. An elderly chimpanzee, who could no longer climb high obstacles, was planted by other members of the flock.

The old blind elephant was taken care of by her friend, who led her and helped to find food and water. The new paper, which de Waal co-authored with other biologists, focuses onon the study of emotions and feelings of animals.

The authors write that emotion is quite objective. It can be registered and measured. For example, if the blood drains from the skin to the muscles (a person turns pale in such cases), this is fear. But what is this feeling? Biologists give this definition: a feeling is a subjective interpretation of emotions.

The same piece of news makes one person unhappy, and leaves another indifferent. Unhappiness and indifference are just feelings. Feeling is directly related to the ability to empathize, with the ability to look at the world from the point of view of another.

The authors of the article believe that there are sufficient grounds to believe that higher animals (especially chimpanzees) have emotional memory and are capable of empathy.

Biologists sum up this: let’s treat animals as if they have feelings. Even if we’re wrong it’s not scary. But if we assume that animals have no feelings, and make a mistake, it will be very bad. 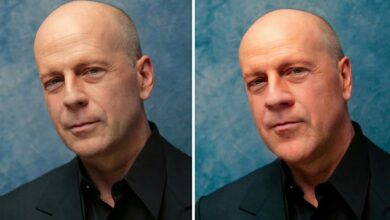