(ORDO NEWS) — Scientists have long known that octopuses have remarkable mental abilities. For example, they easily find and remember the way out of complex labyrinths.

If you give an octopus a jar of food, it will quickly figure out that you need to open the lid to get a delicious crab.

Moreover, researchers have even noted cases when these mollusks cooperated with other predators to get prey.

This British scientists recently reported in the journal Current Biology. But what is the reason for their high intelligence?

It seems that scientists managed to find the answer to this question. A new study has shown that their genes have a certain feature that is also observed in humans.

Why are octopuses smart?

The authors of a recent study published in the journal BMC Biology report that octopuses have a genome filled with transposons, or, as they are also called, jumping genes.

This was discovered thanks to the genetic sequencing of the genes of two species of octopuses – Octopus vulgaris and Octopus bimaculoides. The same jumping genes are present in humans, and they account for 45% of the genome.

But the genome similarities don’t end there. In both humans and octopuses, transposons are mostly dormant.

That is, they are disabled as a result of mutations or blocked from copying by cellular protection. True, not all transposons are blocked in the genome.

One type of jumping gene, known as LINE, is still active. Previously, scientists had discovered that jumping LINE genes are regulated by the brain. Moreover, they are important for learning and memory formation in the hippocampus.

As you might have guessed by now, by studying the jumping genes of octopuses that were not blocked, the researchers found that they also belong to the LINE family.

These genes were active in the vertical lobe of the octopus. This part of the brain of cephalopods plays an important role in learning. It is functionally similar to the human hippocampus.

“We were delighted because this discovery was a kind of proof,” said study co-author Giovanna Ponte, a researcher in the Department of Biology and Evolution of Marine Organisms of the Northwestern Administrative District.

The scientists also found the activity of these genes in areas of the brain responsible for the behavior of octopuses, including the ability to change behavior in response to various stimuli.

As we can see, despite the fact that octopuses are not relatives of vertebrates, their behavioral and neural plasticity is in many ways similar to them.

Thanks to this, they are able to adapt to the environment and solve various problems. Perhaps this is due to the fact that octopuses are similar to vertebrates at the genetic level.

What are jumping genes

Why do scientists pay so much attention to jumping genes and what are they all about? Transposons are called sections of DNA that are able to multiply and move within the genome.

Formally, jumping genes are considered a non-coding part of the genome, which is why they are also called genomic parasites.

Transposons were first discovered by Barbara McClintock in 1948. I must say that the number of transposons in the genome of different organisms is different.

As we said above, there are 45% of them in the human genome. For the first time they were found in the maize genome, where they are 85%.

Scientists believe that transposons have repeatedly served as an active tool of mutation in the course of evolution. In particular, probably thanks to them, the ancestors of man lost their tail at one time.

Intelligence research – transposons will help with this

Scientists have found evidence that LINE transposons do more than just jump. They appear to play a role in cognitive functions.

Since jumping genes are found to be common between humans and octopuses, they may help scientists in future research related to intelligence, as well as its development and variation across species.

Given that octopuses are quite different from vertebrates, it is possible that the contribution of LINE transposons to intelligence evolved in parallel. That is, development did not occur from a common ancestor. 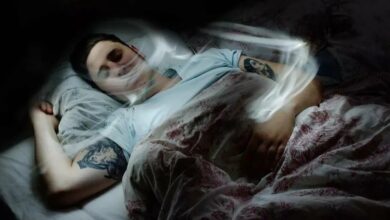 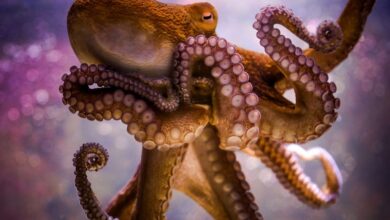 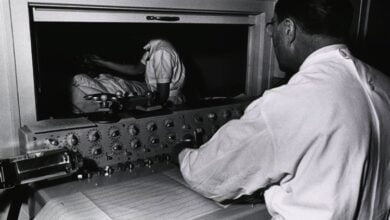 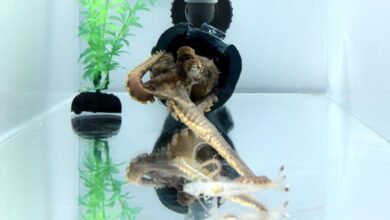 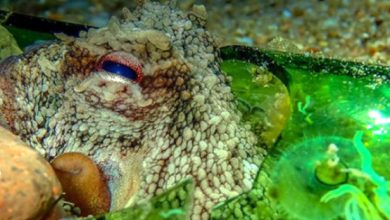 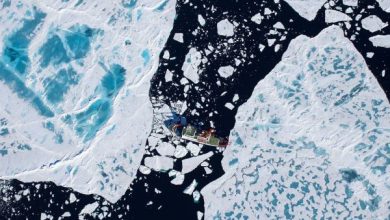