(ORDO NEWS) — The number of planets we know outside the solar system is growing every day: in thirty years, scientists have discovered almost five thousand. It is believed that there are hundreds of millions of potentially inhabited worlds in our Galaxy. About whether it is possible, being many light years away, to recognize life on them.

Liquid water is a key factor in the origin and development of earth-like life (other options are not excluded, for example, on silicon, not carbon, but this is a special conversation). An inhabited planet should be iron-stone, weighing from one tenth to ten earthly. And the star needs a suitable one. If it is several times heavier than the Sun, the biosphere simply will not have time to fold.

For the lightest stars, the habitable zone is too close, and the planets fall into tidal capture: there is no change of day and night, as well as seasons. In addition, stellar wind and ultraviolet radiation adversely affect living organisms and contribute to the loss of the atmosphere. Protection is a magnetic field, which requires a liquid iron core. In addition, the large moon plays an important role.

If the planet is similar to the Earth in mass and radius and is in the habitable zone of a star, you can start looking for traces of life – biosignatures, or biomarkers (the second term is less successful, since it is also used in medicine).
The main biosignatures are oxygen, ozone, water, methane and carbon dioxide. In addition, nitrous oxide, ammonia, dimethyl sulfide, dimethyl disulfide, chloromethane, and phosphine. Separately, these substances also appear on uninhabited planets. But if they are together, it increases the chances.

Biosignature helps to reveal the analysis of the spectrum of the atmosphere. It is obtained by examining the exoplanet’s own radiation in the infrared range, its reflected light or the passage through the disk of the parent star. The absorption lines will show which chemical elements are present there and in what concentration.

Oxygen on Earth comes from photosynthesis and occupies about 20 percent of the atmosphere. This gas is easy to recognize as it strongly absorbs infrared radiation. About twenty years ago, when choosing the frequency range of the space interferometer TPF (Terrestrial Planet Finder), they relied on oxygen. Alas, the project was canceled.

Now hopes are pinned on the James Webb Space Telescope, which will launch from the Kuru Cosmo drome on December 24. American scientists have demonstrated that it is capable of detecting oxygen in the atmosphere of exoplanets of the TRAPPIST-1 system in concentrations that indirectly indicate the existence of life.

Ozone is another good candidate for biosignatures. It is formed from oxygen and is clearly visible with an ultraviolet telescope.

However, oxygen can be produced in natural processes that are not associated with life. For example, during the photolysis of water molecules. If the planet is in the habitable zone of an aggressive red dwarf that emits a lot of X-rays and ultraviolet radiation, water will split into hydrogen and oxygen. The first – light – will escape into space, the second – heavy – will remain in the atmosphere.

The earth is protected by a “cold trap”: water vapor condenses and then falls out in the form of precipitation. Its formation is associated with nitrogen. Therefore, if the exoplanet’s atmosphere contains, say, 20 percent oxygen and more than 70 percent nitrogen, this is practically accurate evidence of life. Under abiogenic conditions, such mixtures do not appear (or we do not yet know about such processes).

Another important sign is methane. On earth, it is produced by bacteria, including in the digestive tract of ruminants. In much smaller quantities, it is formed during volcanic eruptions.

In the fall of 2020, scientists from the Universities of Washington and California concluded that the combination of methane and carbon dioxide is a reliable biosignature, provided that there is negligible amount of carbon monoxide in the atmosphere. The thermodynamic model showed that volcanoes are unlikely to produce as much methane as biological sources. However, the researchers note that these results are based on the study of the Earth and the celestial bodies of the solar system, therefore, they still need to be clarified. 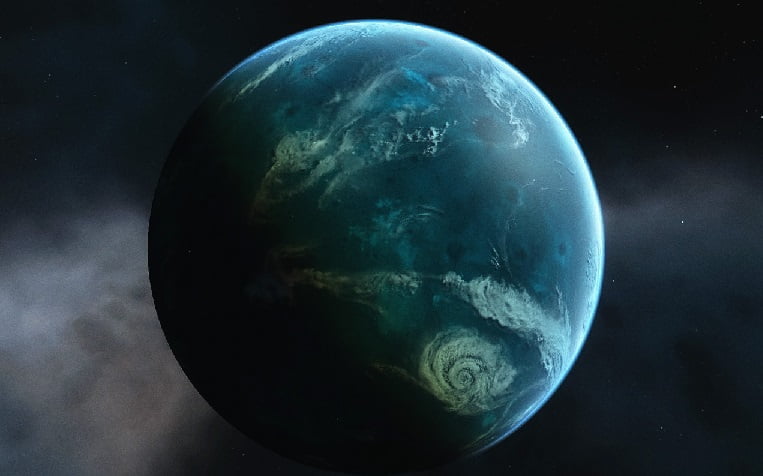 Another option is nitrous oxide (“laughing gas”). It is generated by bacteria in the soil. But it is possible that this compound arose in the distant past of the Earth, when its sulfur-rich ocean interacted with nitrogen. That is, nitrous oxide in the atmosphere could mean that we are dealing with a young, uninhabited planet.

Recently, astronomers at the Massachusetts Institute of Technology proposed to list isoprene (C5H8) as potential biosignatures. Every year, 400-600 megatons of this gas are formed on Earth. The lion’s share is given by tropical plants. A more modest contribution is made by animals, fungi, and bacteria.

In the atmosphere, isoprene breaks down in a few hours, in particular as a result of reactions with compounds containing oxygen. If there is little life-giving gas, isoprene will accumulate. This happened in the first 2.4 billion years of our planet’s existence.

According to calculations, “James Webb” is able to detect isoprene in the atmosphere of an exoplanet the size of a super-Earth, provided that its source is several orders of magnitude more powerful than on Earth. It is also important not to confuse isoprene with methane and other hydrocarbons.

Signs of life continue to be looked for on the planets of the solar system.

The real commotion erupted when, in September 2020, a group of scientists from Cardiff University published in the journal Nature the results of observations of the gas envelope of Venus with the Maxwell ground-based telescope and the ALMA radio telescope complex. Astronomers have discovered traces of phosphine, one of the potential biosignatures. On Earth, it is created by anaerobic bacteria.

Scientists noted that the concentration of phosphine in the atmosphere of Venus is very serious, and it is found mainly in the equator region at an altitude of 50-60 kilometers. Under the harsh Venusian conditions, this molecule lasts about a quarter of an hour on average. This means that something (or someone) constantly synthesizes it in large quantities. 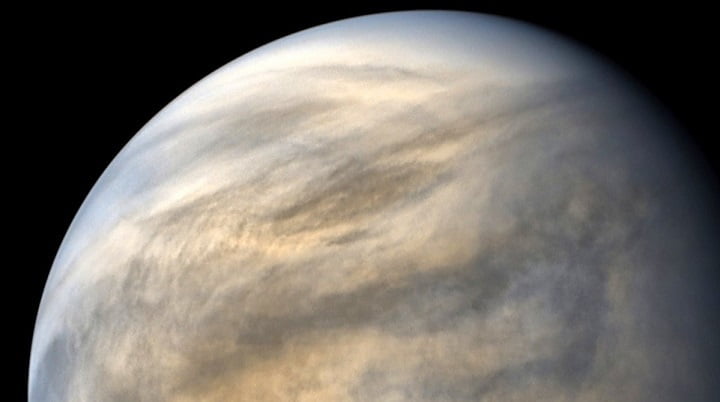 These findings were immediately criticized. In response, the researchers gave a more conservative estimate. Phosphine was also indirectly indicated by the analysis of archival data from the probe of the Pioner-13 interplanetary station, obtained about forty years ago.

This summer, experts at Cornell University reported that the phosphine in the atmosphere of Venus is most likely of volcanic origin. However, their work is evaluative.

In October, a special issue of the journal Astrobiology came out, arguing for and against the suitability of Venus’ clouds for microbes.

So the discussion continues even about our closest neighbor. What can we say about hundreds of millions of distant planets.

Baba Vanga predicted the virus that attacked China in 2020?

Weather anomalies await humanity in May, June And July

Baba Vanga predicted the virus that attacked China in 2020?

Weather anomalies await humanity in May, June And July