(ORDO NEWS) — The Permian extinction was accompanied by a record-breaking strong and prolonged climate warming. The simulations showed which feedback loops that restore the climate after catastrophic events were broken by the extinction.

The Permian extinction , which happened about 252 million years ago, was the largest in the entire history of the Phanerozoic – the period of the existence of “modern” multicellular life on Earth, which began 542 million years ago.

It surpassed even the “extinction of the dinosaurs” and, unlike the latter, was not caused by an asteroid, but by internal causes.

Uncertainty remains about the history and causes of the Permian extinction, but the overall picture is well known.

Most likely, it all started with an eruption that gave rise to the Siberian traps – a huge province composed of volcanic basalts. This eruption was caused by an upwelling mantle flow, similar to the modern volcanism of Iceland and Hawaii, and became a record holder in its class.

The eruption of the Siberian traps lasted about 400 thousand years and flooded the territory of the future Western, Northern and Central Siberia with millions of cubic kilometers of basalt lava. A colossal amount of greenhouse and toxic gases was released into the atmosphere.

The burning of coal seams, set on fire by lava, and the release of carbon dioxide from limestones decomposed from high temperatures , were added to volcanic activity . The content of carbon dioxide in the air could reach 0.8% (the current level is 0.04%, and before the eruption it was 0.4%).

The ocean temperature in the equatorial and tropical latitudes has risen to 40 degrees. Its waters were deprived of oxygen and saturated with hydrogen sulfide due to overheating and blooms of sulfate-reducing bacteria , and the ozone layer was destroyed by volcanic halogen emissions. Plant and animal life that could take refuge in the polar latitudes was exposed to mutagenic ultraviolet radiation.

Man could have survived on Earth during the Permian-Triassic extinction era, but the conditions would have seemed extremely unpleasant to him.

Normally, the planet responds quickly to carbon dioxide emissions into the atmosphere. An increase in its concentration accelerates the growth of biomass, and the excess is bound by living organisms.

Part of the carbon dioxide goes to the construction of calcareous shells of aquatic organisms and is buried in carbonate sedimentary rocks. The recovery period after the release of carbon dioxide into the atmosphere usually does not exceed several thousand or tens of thousands of years.

The warming associated with the Permian extinction lasted as much as five million years. Scientists from the University of Waikato (New Zealand), led by Terry Isson and Sophia Rousey , have found a probable cause for the duration of warming and the associated extinction.

They ran computer simulations of the Earth’s ecosystem during the extinction and identified the process that kept carbon dioxide levels high: reverse weathering.

In itself, it was known before. Part of the carbon dioxide, dissolving in ocean water, passes into bicarbonates. Some clayey sedimentary rocks, during their formation, bind the cations of hydrocarbonate salts, and carbon dioxide passes back into the free form.

These clays require silica dissolved in water to form. But in a “healthy” ocean, diatoms and other microscopic organisms compete with this process to build siliceous skeletons out of it. Therefore, usually reverse weathering does not counteract the capture of carbon dioxide.

During the Permian extinction, organisms with siliceous skeletons remained in only a few habitable corners of the oceans. Accelerated weathering at the surface saturated the oceans with silica, and the rate of clay deposition increased dramatically.

The biological storage of carbon dioxide has also almost ceased: there are simply practically no plants left on hot land that bind it.

The degree of devastation is eloquently evidenced by the “coal gap” ( coal gap ) – the absence of coal in the sediments of the boundary of the Permian and Triassic periods.

This layer is the paleontological “calling card” of the Great Dying, like a layer of iridium-enriched ash at the boundary of the Cretaceous and Paleogene deposits, generated by the fall of “the same” asteroid.

Thus, the Permian extinction was a self-sustaining crisis. Its intensity turned out to be enough to “knock out” the main mechanisms of carbon dioxide binding, and it remained in the atmosphere ten times longer than it should be in “healthy” times.

Over time, carbon dioxide did end up buried in sediment, temperatures dropped, and life on Earth began a long road to recovery. 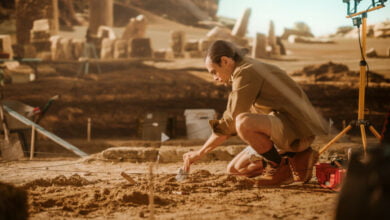 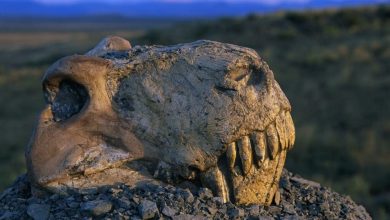