(ORDO NEWS) — Archaeologists have discovered the first evidence of the oldest amputation in the world, which was performed 31,000 years ago.

The skeleton of a young adult found in a cave in Indonesia is missing its left leg and shows signs of amputation.

The analysis showed that the amputation was performed when the person was a child, and that the “patient” lived for years with the amputated limb thereafter.

The first evidence of this prehistoric operation reveals a unique fact about early humans: they advanced in medicine much earlier than scientists expected. 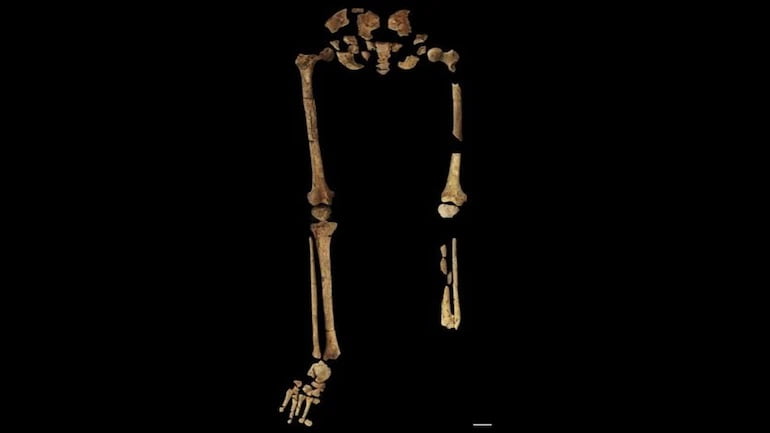 A study published in the journal Nature says the evolution of medicine occurred with the advent of sedentary agricultural societies about 10,000 years ago, leading to many health problems previously unknown among non-settled foraging populations, spurring the first major innovations. in prehistoric medical practice.

The skeleton, recovered from a cave in Borneo, in a tropical forest, was intact. The only deformity he had was the absence of his left foot and the lower part of his left leg.

The analysis showed that the bones of the foot did not disappear from the grave and were not lost as a result of an accident – they were carefully removed.

The researchers said the man survived the procedure and lived for approximately 69 more years before he was buried in the Liang Tebo cave.

The remaining leg bone showed a clean, oblique cut that was healing, and there were no signs of infection, which would be expected if a child’s leg had been bitten off by a crocodile-like predator.

“This early evidence of successful limb amputation suggests that some modern foraging groups in tropical Asia developed sophisticated medical knowledge and skills long before the transition to Neolithic agriculture,” the document says.

Although the researchers do not know what tool was used to amputate the limb or how infection was prevented, they speculate that the cut may have been made with a sharp stone tool and point out that some of the rich plants in the region have medicinal properties.

Prior to this find, the earliest example of an amputation was found in a 7,000-year-old French farmer who had part of his forearm removed.

According to the authors of the study, scientists believed that advanced medical methods appeared about 10,000 years ago, when people settled in agricultural societies.