(ORDO NEWS) — As part of a project to classify and document objects in the storerooms of the Persepolis Museum, scientists discovered a fragment of an Elamite inscription. It repeats an earlier text, still ancient Persian.

Clay tablets with inscriptions made mainly in the Elamite language are artifacts that have been studied for almost a century.

A large number of such tablets were discovered by an expedition of archaeologists from the University of Chicago in the 30s of the last century, during excavations of the ruins of Persepolis (the territory of modern Iran), and the finds went to America. Three years ago, by decision of the US Supreme Court, the tablets were returned to Iran.

Now Iranian archaeologist Soheli Delshad said that he found on one of the tablets a fragment of an inscription that had already been found before, but not on the tablet. It was made in Old Persian, and the new find was in Elamite. 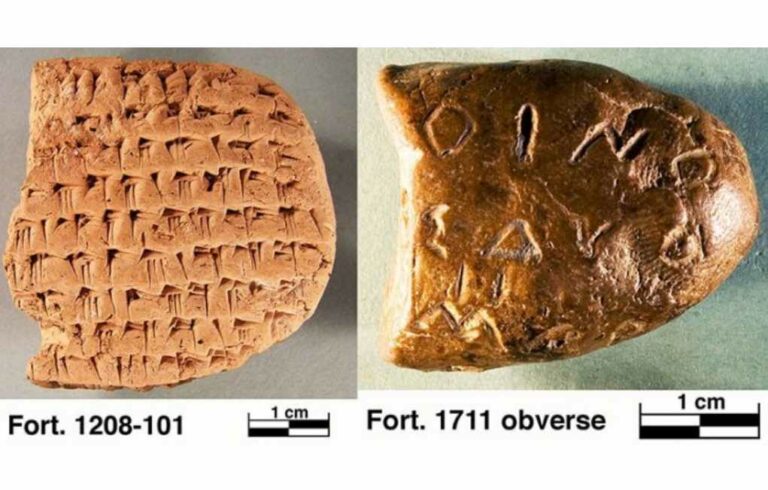 Tablets with inscriptions in Elamite

Most of the text in Elamite is a copy of an inscription carved on either side of the entrance to the tomb at Nakshe Rustam, the necropolis of Persian kings, located two kilometers from Persepolis. In general, the necropolis is very ancient.

The earliest found objects date back to the III millennium BC, this is the so-called Elamite period. Then the rulers of the Achaemenid kingdom (550-330 BC) were buried there. The latest finds date back to the period of the Sassanid state (221-656 AD).

Today it is believed that ancient Persian writing is one of the oldest. It is logical that the earlier inscription is made on it, and the later one is in Elamite. But Xerxes the Great was the son of Darius I and succeeded him to the royal throne, that is, not so much time passed for the language to change. Obviously, the changes happened before. 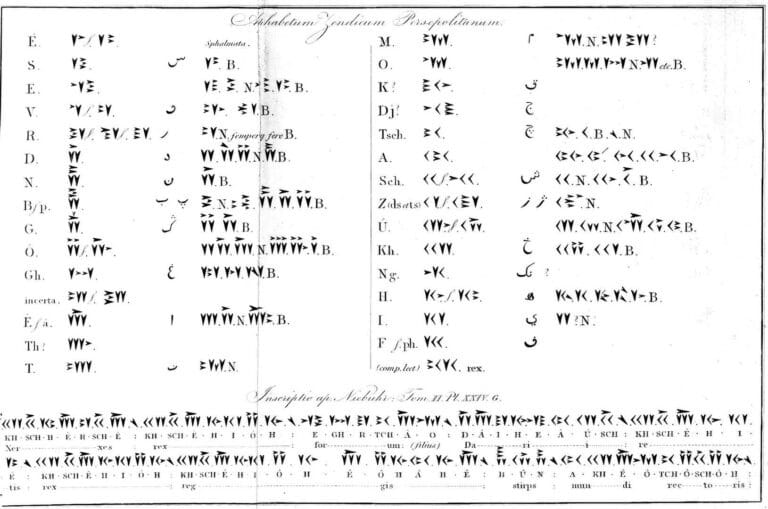 An example of ancient Persian cuneiform

By that time, the state of Elam itself had not existed for a long time: the Assyrian ruler Ashurbanipal had finished with it. But the language continued to be used on a par with Old Persian.

Then, around the time of the reign of Darius, Elamite begins to displace Old Persian – at least, this state of affairs was reflected in the sources, those same clay tablets. Most of them are filled with inscriptions in Elamite.

That is, Elamite was understandable to most of the inhabitants of the Achaemenid state. Some tablets contain, for example, instructions for construction managers of the lower level (during the construction of Persepolis). In other words, any foreman spoke or at least read Elamite.

Based on this, scientists have suggested that Elamite, in fact, by the time of the reign of Darius and then his son Xerxes, replaced the ancient Persian from daily use. But, judging by the inscription at the entrance to the tomb, the latter remained a sacred language, the language of rituals and rituals.

The clay tablets in question are divided into two groups according to the place of discovery and content. The first was found in the area of ​​​​military fortifications in the northeast of Persepolis, hence their name – “Fortification tablets of Persepolis”.

The find consisted of more than 30 thousand tablets, whole or fragmentary, of which 2120 texts have already been read, and the rest remain undeciphered. These documents are dated 509-494 BC. Although all of them are found in Persepolis, many came there from other parts of the empire, such as Susa.

They are dated 492-458 BC (that is, from the end of the reign of Darius to the time when his grandson Artaxerxes I came to the throne). A total of 753 tablets and fragments were found, of which 128 have been read to date. Many of the fragments are too worn or broken to make a coherent text.

The tablets of the first group include many records of transactions (mainly related to the distribution of food, the management of herds, and the provision of workers and travelers) in the outlying places of the empire.

Records drawn up in the provinces were sent to the central, as we would now say, office in the capital. The second group contains mainly texts relating to the life of Persepolis itself.