(ORDO NEWS) — The big panda, contrary to the image of a vegetarian, eats meat in the wild, but she rarely gets it. Nevertheless, the animal maintains a high body weight even in winter, although during this period its food is limited to bamboo leaves. A new scientific paper shows how pandas do just that.

Many types of animals are traditionally considered herbivores by the common people, but in reality they are not. For example, hares, in fact, eat both the dead lynx and the dead relatives (in other words, they are cannibals). Capybaras – at least at home – consume churrasco, and because of their lifestyle, it’s hard to rule out something similar happening in nature.

Almost the same – with a big panda. Its gastrointestinal tract appears to be capable of digesting meat, similar to other bear species. Therefore, back in 2010, a whole scientific study elegantly explained why pandas do not eat meat, but eat only bamboo. However, this may have been an overkill.

There is a recording from video traps where a panda in the wild consumes carrion (the carcass of a large herbivore, a goral, which was previously mistakenly attributed to antelopes) – however, alone and on a rather dark night, so no one could see this before the advent of video traps.

On another occasion, a wild panda descended from the mountains in China‘s Sichuan province and broke into a farmer’s pigsty. At that time, bones and meat were laid out there to feed the pigs (for some purposes, in the PRC, these animals can be fattened this way). And the panda ate them very actively until it was full and went away. They are also known to prey on rodents and, according to Chinese sources, may occasionally attack, kill, and eat livestock.

But still, the main source of food for pandas is bamboo, especially young shoots, which are unusually rich in protein. It is due to this that the diet of pandas is 50% protein. However, there are no young shoots of these plants where pandas live in winter: it is too cold. Bamboo leaves remain, poorer in protein and therefore less valuable as food.

Nevertheless, pandas retain a fairly impressive weight and even visible fullness, including during the winter months (although body weight decreases relative to summer). All of the above has long made scientists wonder: how do they do it? 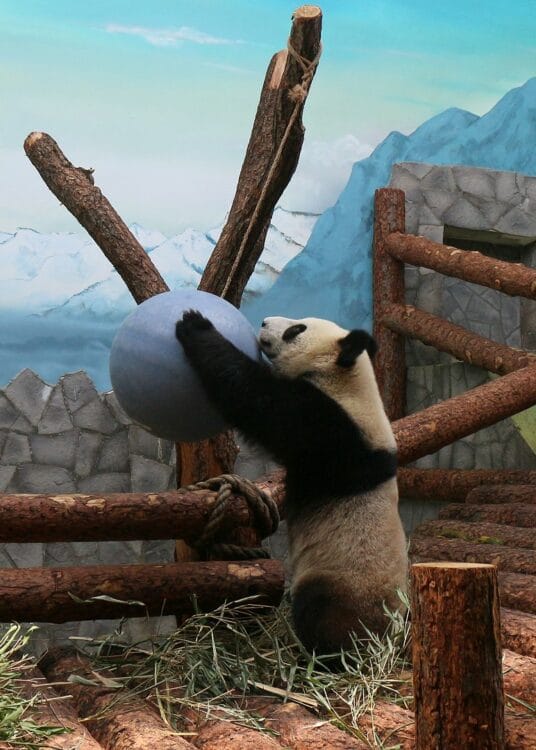 A group of Chinese researchers tried to clarify the issue, starting from the microbiome of pandas – that is, the community of microorganisms that inhabit the body. Like humans, they have more bacteria and archaea than their own body cells. And those that inhabit the gastrointestinal tract directly affect the absorption of food components.

The researchers transferred panda fecal microbiota (using a processed fragment of their feces) into laboratory mice. Moreover, if some rodents got the microbiota of the summer months, when the panda eats a lot of young bamboo shoots, then others get the winter months, when there are no shoots and you have to eat the leaves. The subjects were fed accordingly: the diet consisted of bamboo shoots or leaves.

It turned out that in the “summer” microbiota there are more bacteria Clostridium butyricum, whose enzymes help host organisms to receive more butyrates, salts or butyric acid esters. The abundance of butyrates activated the Per2 gene, which is responsible for more active synthesis of phospholipids by the liver.

As a result, mice with a “summer” panda microbiota grew and gained weight faster than rodents with a “winter” microbiota, their bodies had a higher fat content. Due to the accumulated reserves, pandas can more easily maintain a fairly high body weight in the rest of the year.

The scientists now plan to find out whether the lack of microbiome diversity in individual pandas in the wild may be reducing their chances of survival and fitness. Studying this issue is important because pandas are thought to number less than 2,000 in the wild and are endangered. 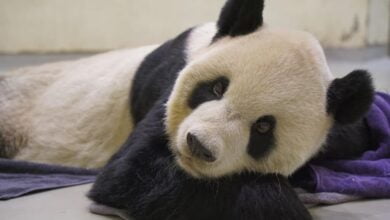