(ORDO NEWS) — The new work challenges traditional ideas about where the Gauls came from.

The Iron Age on the territory of modern France is the subject of many scientific discussions. The fact is that the Gauls who then inhabited these lands are regularly presented as the direct ancestors of the modern French.

The Gauls are Celtic tribes who, according to one hypothesis, came to Europe from the Black Sea region. The second hypothesis speaks of their autochthonous origin in the territory between the Rhine and the Danube. However, within its framework, the ancient ancestors of the Celts still came from the east.

The Gauls of the Celts, who settled in the territory of modern France, were called by the Romans, who encountered them in the 4th century BC.

Then the tribes under the command of the leader Brenn opposed the Roman Republic so successfully that they sacked Rome. And even after its conquest by Caesar, Gaul remained a big problem for the Roman rulers for centuries. 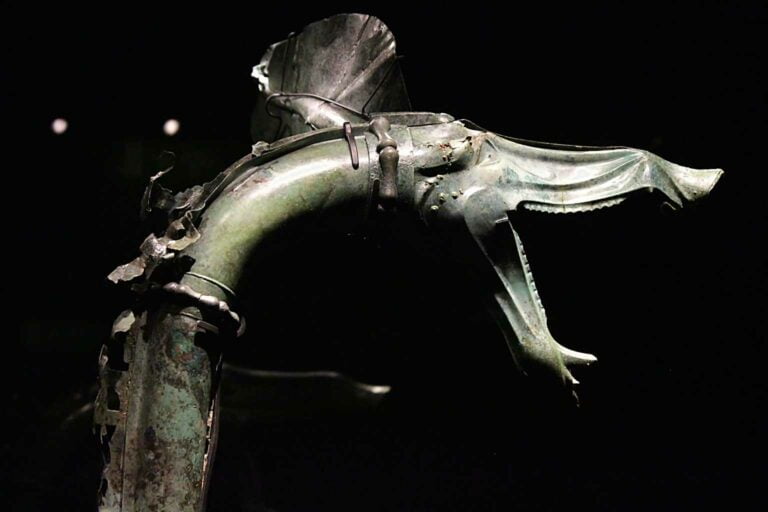 The Gauls knew how not only to fight, but also to make exquisite items. This is a carnyx, an Iron Age wind instrument found in a Gallic sanctuary in France

Recently, a significant number of scientific works have appeared in which Iron Age communities are described through material culture and funerary practices – and the authors of these works often say that the Gallic tribes were very disunited, had different cultures, and were not quite related at all.

French scientists led by Claire-Elise Fischer conducted a genetic analysis of the remains of 49 people dated to the Bronze and Iron Ages. Samples were taken from burials located in different regions of modern France. The results are presented in a paper published in the journal iScience .

Comparing the genome of Iron Age people to Bronze Age people is important for this reason. Traditionally, the Gauls are associated with the spread of the Hallstatt culture to the west of Europe, which is usually attributed to the Iron Age.

But quite a long time ago, archaeological finds changed the idea of ​​the Hallstatt, and it became clear that its first two periods (A and B – according to the periodization made by the German archaeologist Reinecke at the beginning of the 20th century) belong to the Bronze Age. 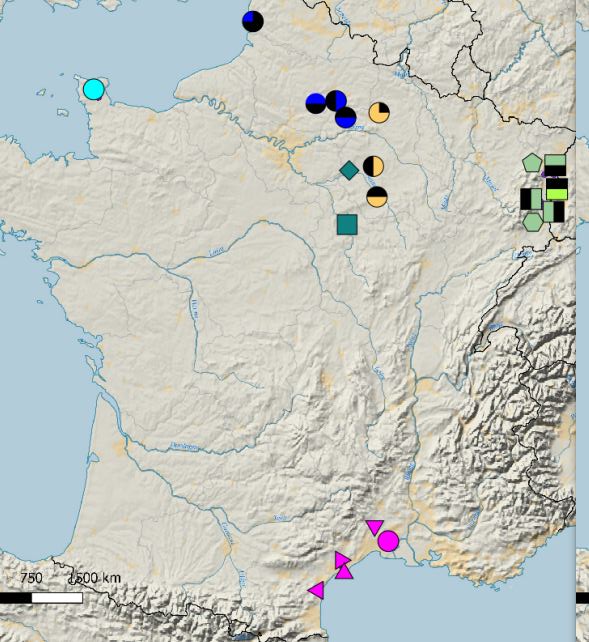 The researchers considered three populations as the ancestors of the Gauls: pre-Neolithic western European hunter-gatherers, early Neolithic farmers, and Black Sea steppe dwellers, whose genes were brought to the west of Europe by representatives of the bell-shaped beaker culture.

Scientists have not found significant differences in the last two components between the populations of the Bronze and Iron Ages from the south and north of modern France. At the same time, they exist at the regional level – but only among the people of the Iron Age.

In other words, the analysis showed the absence of a major genetic gap between the groups of the Bronze and Iron Ages. At the same time, samples belonging to the Iron Age have noticeable regional differences.

In the genome of people who lived in the north of Gaul, they found genes characteristic of the population of Britain. And in samples from the south – genes typical of Iberians. Interestingly, archaeological finds confirm such a connection with neighbors. For example, burials in the north are similar to those typical for Britain (the so-called round houses).

Despite such regional variations, the researchers concluded that there was no significant influx of “foreign” genes and the transition from Iron to Bronze Age was carried out independently by the Gallic tribes, contrary to earlier hypotheses. They attribute this cultural transition to progressive local economic changes rather than to a massive influx of allochthonous (out-of-origin) groups.

Unfortunately, the authors of the work do not comment in any way on the fact that weapons and objects of material culture, typical of Gaul of the early Iron Age, first appear to the east of it, gradually moving from the territory of modern Bohemia to the west.

The work is interesting in that for the first time genetic homogeneity has been established among regional groups characterized by different archaeological cultures. This genomic homogenization seems to be related to the mobility of people between regions, as well as the influx of genes from Britain and Iberia.

Thus, the results generally confirm the origin of the modern French from the Gauls and their ancestors, and up to the Bronze Age.