(ORDO NEWS) — Each of us has at least one boring person in our environment. Alas, for some reason these people do not know how to end stories in an interesting way, and their stories are tiring. But what exactly makes a person uninteresting?

The study not only pointed to the “signs” of boring people, but also showed problems in society that are associated with the perception of personality.

In a new study from the University of Essex, UK, scientists set out to find out what makes people seem boring and how this affects our perception. To do this, the researchers asked more than 500 people to rate stereotypes about boring people (personal characteristics, hobbies and work).

The study was carried out in several stages. In the first two experiments (involving 463 people), the team asked volunteers to write down a list of boring activities and then sort them according to “less and more boring.”

Occupations/jobs such as data analysis, accounting, taxation, insurance, cleaning, and banking were rated as the most boring.

But sleep, religious studies, watching TV, watching animals and mathematics have become the most boring hobbies! The most common character traits of bores included lack of interest, lack of a sense of humor, lack of opinion, or a tendency to constantly complain. In the next two phases of the study, people were presented with descriptions of imaginary people according to the “boring characteristics” from the first surveys. At this point, the scientists noticed that the participants considered the fictional people to be “devoid of warmth” and competence. The volunteers wanted to avoid such people.

However, the last stage completely upset the scientists. The researchers asked people how much financial compensation they would like to spend time with a “stereotypical bore.” The numbers are very high!

The authors of the work say that this is an alarming bell, because work or a hobby can leave a stigma on a person that can isolate him from society. “They have no chance to prove to people that they are wrong and destroy these negative stereotypes,” the scientists write. 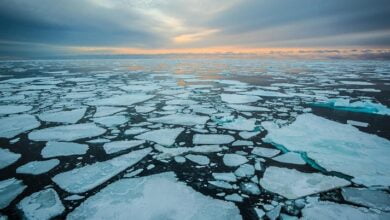