(ORDO NEWS) — Scientists saw in the activity of the brain of a dying person an attempt to reproduce memories.

People who have experienced clinical death describe their condition in much the same way. They talk about the feeling of flying or moving in a dark tunnel towards the light, they see themselves from the side (out of the body) and often use the phrase “the whole life flashed before my eyes”.

Scientists explain such visions as hallucinations that occur against the background of a lack of oxygen in the brain.

Against the background of clinical death, the cerebral cortex is depressed, peripheral vision is lost and tunnel vision develops – only the central region of the retina works.

This creates the illusion of a flash of light somewhere straight ahead. However, there are citizens who believe that surreal near-death experiences are proof of the existence of an afterlife.

One way or another, the phenomenon of strange sensations at the moment when the question of life and death is being decided has not been well studied. When a person dies in the arms of doctors, they try to save him, and there is no time for experiments and research. 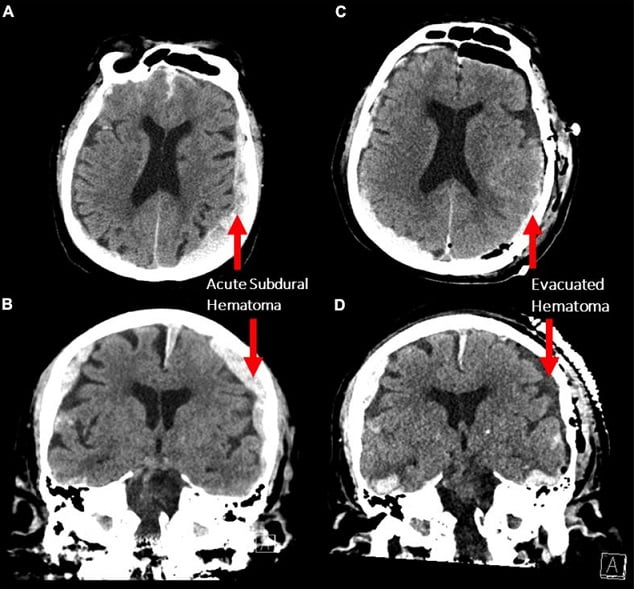 However, recently, by the will of an accident, an international team of scientists came into possession of unique scientific data. An 87-year-old man was admitted to the emergency room and hit his head hard on the floor in a fall.

As a result, the patient developed an extensive hematoma and began to develop signs of epilepsy. Dr. Raul Vicente from the University of Tartu (Estonia) and his colleagues used continuous electroencephalography (EEG) to diagnose and treat a seizure.

During this recording, the patient had a heart attack and died. Thus, for the first time, the records of 900 seconds (15 minutes) of brain activity of a dying person were in the hands of scientists.

“We focused on studying what happened within 30 seconds before and 30 seconds after the man’s heart stopped beating,” said one of the authors of the study, Dr. Ajmal Zemmar, a neurosurgeon from the University of Louisville (USA). – And got very interesting results.

During this minute, the equipment recorded a change in the activity of brain neurons. In the general frequency of the electrical activity of the brain, several groups of rhythms are distinguished: Gamma, Beta, Alpha, Delta, and so on.

Each of them is associated with the solution of certain problems. For example, Alpha rhythms occur in a relaxed state of wakefulness and rest. If you close your eyes and try to relax, your brain will register Alpha rhythms. In turn, Gamma rhythms occur when you solve tasks that require maximum concentration.

Different types of brain waves are involved in processes such as concentration, dreams, meditation, and memories. And by the “handwriting” of brain activity, you can determine what a person is currently doing.

After cardiac arrest, against the background of suppression of neuron activity in both hemispheres, a surge in the absolute power of gamma rhythms was recorded. At the same time, a cross-relationship between alpha and gamma activity was observed.

Such processes are typical for various types of intellectual activity, for example, for the reproduction of memories.

Therefore, scientists have suggested that such activity may be associated with an attempt to scroll through the memory of key moments of life before death. This pattern was observed from the time of cardiac arrest until the cessation of cerebral blood flow.

“The brain activity that we have studied may correspond to the sensations that patients report in their near-death experiences,” says Professor Zemmar.

It is likely that when the eyes of our loved ones are closed and they are ready to leave this world, their brain recalls memories of the best days of life.

These findings challenge our understanding of exactly when life ends.

And this, in turn, raises important questions, for example, related to the timing of organ donation (since a person is still aware of himself after death for some time – Ed).

The authors of the study mention that similar changes in brain activity were recorded in laboratory mice. At the same time, scientists clarify that it is too early to draw far-reaching conclusions, because the study describes the experience of only one patient who received a traumatic brain injury, suffered from epilepsy and was under the influence of a number of drugs.