(ORDO NEWS) — The fall of a large asteroid to Earth is an extremely unlikely event, but it potentially threatens humanity with death. The scientists considered the hypothetical situation from the movie “Don’t Look Up” and came to the conclusion that if politicians do not ignore the warnings of astronomers, the asteroid strike can be repelled by existing means.

Humanity already has the opportunity to escape from a large comet or asteroid. An article about this was published by scientists from the University of California at Santa Barbara.

The film Don’t Look Up shows how scientists have discovered a comet that will crash into the Earth in six months. The comet is about ten kilometers in diameter, and therefore its fall threatens humanity with mass extinction. In the film, the politicians refuse to take the threat seriously and don’t believe the scientists, but the plot sparked debate: do modern people have the technology to protect themselves from such comets?

Philip Lubin, author of the Arxiv.org article titled “Look Up,” believes this possibility already exists. “We prove that humanity has already crossed the threshold of development necessary in order to avoid the fate of dinosaurs,” he says. “According to our calculations, it is possible to mitigate the threat even with the available technologies and within a six-month window of opportunity.”

Despite the fact that the fall of such asteroids on our planet is extremely rare, once every hundred million years, such a collision would almost destroy civilization. A large body of ten kilometers in diameter, when falling to Earth at a speed of about 40 kilometers per second, will release energy equivalent to the explosion of 300 tritons of TNT, which is 40 times the power of the entire nuclear arsenal of mankind.

“The same amount of energy was released by the impact event that led to the Cretaceous-Paleogene extinction event 66 million years ago,” the authors explain. “An event like this, if not prevented, would endanger the very existence of humanity.”

In addition to the fact that absolutely everything will be destroyed in a huge radius around the point of impact, the collision will have global consequences. The ejected dust will shadow the Earth, causing global cooling, and, as a recent study has shown, the magnitude of these climate changes will depend not only on the size of the asteroid, but also on the place of its impact.

The researchers concluded that the most effective way to pulverize the asteroid is to use small atomic bombs installed in penetrating impact devices. This should suffice, especially after humanity once again has super-heavy rockets like the SLS or Starship. 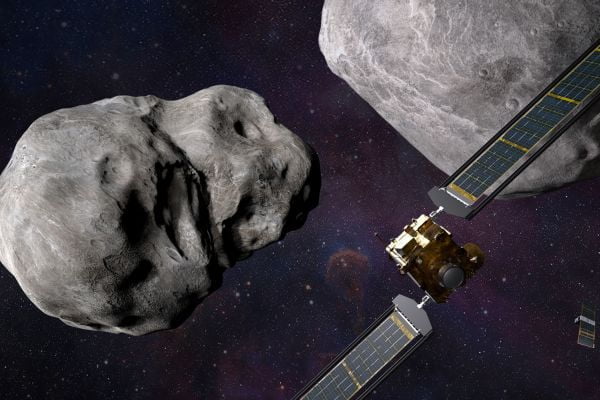 These explosions will not completely destroy the asteroid, which is completely impossible for a body of this size. Instead, the radiation from the nuclear explosion would vaporize part of the asteroid’s surface and create jet thrust.

This will change the asteroid’s speed and direction, causing it to move out of its collision path. According to scientists, in order to change the speed of a body with a diameter of ten kilometers and a density of 2.6 grams per cubic centimeter by one meter per second, a total power of five megatons is required.

There are several options for using this technology. The simplest and most basic method involves the use of atomic bombs in a strong penetrating shell.

Thermonuclear charges used in intercontinental ballistic missiles are not suitable for this, since such devices are not designed for huge collision overloads. The fact is that both simple atomic and thermonuclear bombs do not explode on impact; for detonation, they require a special mechanism that must survive the collision.

According to scientists, nuclear artillery munitions, which are just adapted to overloads, will be useful for attacking an asteroid. To deflect a ten-kilometer asteroid, 2500 projectiles, similar to the American 155-mm W82 with a capacity of two kilotons, would be required.

Together, they will weigh about a hundred tons, a super-heavy rocket, like the SLS or Starship, will be useful to launch such a cargo, and the indicated mass does not include guidance and control systems. However, the entire nuclear arsenal of the Earth is not enough to deflect an asteroid more than 40 kilometers using this technology. 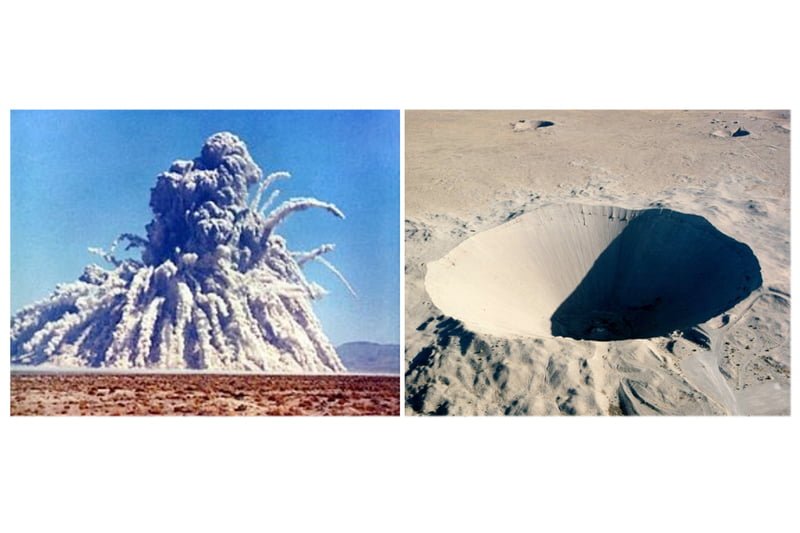 The effectiveness of the attack can be increased with the help of thermonuclear munitions, whose yield is measured in megatons.

Since creating a strong enough charge can be an impossible task, scientists propose to make a hole in the asteroid and detonate thermonuclear bombs inside it, before contact with the surface.

However, drilling an asteroid, as in the 1998 film Armageddon, is impossible, since a huge counter-velocity will have to be extinguished to soft-land on a celestial body. Instead, according to the researchers, a hole can be made by conventional nuclear or kinetic projectiles (blanks) flying ahead of a group of thermonuclear munitions.

In an atomic explosion in the depths of an asteroid, with a certain probability, large fragments are formed that also threaten the Earth, but if their size is less than a hundred meters, they can be deflected by non-nuclear methods.

In general, the authors of the study note, the main problem is not to deliver the required number of bombs. In a vacuum, of the damaging factors of a nuclear explosion, only radiation remains.

To use it to form a jet stream from the matter of an asteroid, accurate calculation and perfect means of guidance and detonation will be required. Now NASA is going to ram one of the near-Earth asteroids with the DART device in order to conduct full-scale tests of anti-asteroid protection. The collision is expected in October 2022.

However, detecting a threat even six months in advance can be a challenge. In 2019, the asteroid 2019 OK flew past the Earth with a diameter of about one hundred meters, and scientists discovered it only a day before its closest approach. It came from a “blind spot” of astronomers, and the researchers believe that such a scenario is typical due to the peculiarities of celestial mechanics.

May 21: huge asteroid flies over the Earth

May 21: huge asteroid flies over the Earth