(ORDO NEWS) — American astronomers have identified one of the closest stars to the Sun, on which the sunspot cycle has stopped.

A careful study of this object will help explain the reasons for the unusual period that lasted from the mid-1600s to the early 1700s, when such cycles were interrupted for a long time on the Sun for reasons that are not yet clear. An article about this was published in The Astronomical Journal.

The number of sunspots decreases and increases over the course of an 11-year cycle, but an unusually long 70-year period was recorded when there were practically no sunspots on the Sun, and this mystery of the so-called Maunder minimum has worried scientists for 300 years.

The star HD 166620, which has a 17-year cycle, has now also entered a long period of low activity and has not shown any signs of star spots since 2003, Pennsylvania State University researchers said.

Continued observations of this star should explain what happened to the Sun during the Maunder Minimum, as well as provide insight into the sources of the star’s magnetic activity, which affects the viability of satellites, global communications, and possibly Earth’s climate. 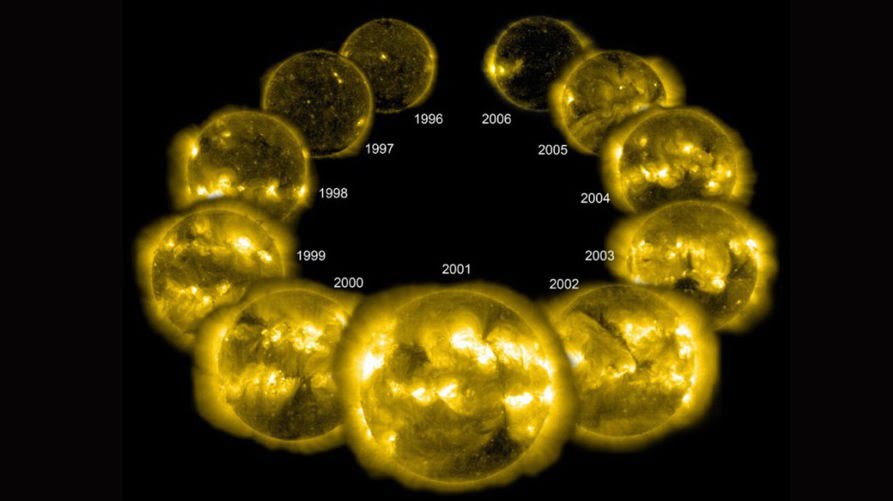 “We still don’t know what gave rise to the Maunder minimum, and therefore, in search of an answer, we turned to other stars similar to the Sun,” explains Anna Baum, lead author of the article.

“We have found a star that we believe is now in a state resembling the Maunder Minimum. It will be very interesting to continue watching it during this minimum and hopefully when it comes out of it, we will get new information about the reasons for the reduced activity of the Sun 300 years ago.”

In total, during this study, data on the activity of 59 nearby stars over 50–60 years, collected by several observatories, were studied.

The researchers have compiled a database of all these stars that should also help explain sunspot variations. During this work, significant efforts were made to standardize measurements from different telescopes in order to be able to compare them directly and cross-check the observational data.

Leonard’s comet today, exactly one year after its discovery, comes as close as possible to the Sun

Leonard’s comet today, exactly one year after its discovery, comes as close as possible to the Sun