(ORDO NEWS) — A team of researchers from Arizona State University has identified ignimbrite, an igneous and sedimentary rock that forms in catastrophic explosive eruptions.

Analyzing data from two missions to Mars, the team studied the mysterious olivine-rich bedrock in and around Gusev crater and in and around Jezero crater, where the Perseverance rover is currently looking for signs of ancient microbial life.

A study published in the journal Icarus claims that bedrock is recognized as a possible explosive volcanic deposit, but the nature of their eruption is not well understood.

“If the findings are correct, then this phenomenon could be applied to other phenomena on Mars and point to a style of volcanism more prevalent in its early history,” the paper says.

The researchers used data from NASA‘s Spirit rover, which is nearly 16 years old, and the Perseverance rover. The places where both rovers have been on Mars have the highest olivine content. The similarities in composition and morphology of the widely separated olivine-rich rocks have not previously been explored.

Now it turns out that they were formed in a similar way.

Olivine is a silicate mineral that forms from magma that forms in the mantle of Mars, similar to how it forms on Earth.

“There are many ideas about the origin of the olivine-rich bedrock that covers large parts of the region called Nili Fossa, which includes the Jezero crater.

The debate has been going on for almost 20 years now,” Steve Ruff of the Arizona State University School of Earth and Space Studies said in a statement.

Ruff studied images taken by the microscopic thermal imager of the Spirit rover and found rocks with an unusual texture. He then compared them to pictures of rocks on Earth and came across some volcanic rocks with textures that looked surprisingly similar to Martian ones.

Ignimbrites, which are 2.1 million years old, have been discovered in Yellowstone National Park in the western United States.

“No one has previously looked at ignimbrites as an explanation for olivine-rich bedrock on Mars, and it’s possible that this is the rock that the Perseverance rover has driven and analyzed over the past year,” Ruff said. 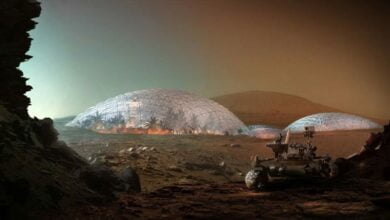 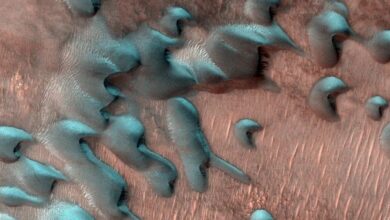