(ORDO NEWS) — Pluto can be re-established as a planet – and even other celestial bodies can join it.

The authors of the new study, conducted by the Florida Space Institute at the University of Central Florida (UCF), examined the centuries-old literature on planets and found that the decision that led to Pluto’s demotion to full planet status was based on extremely archaic ideas, mixing astronomy with astrology.

All of this, of course, goes back to Galileo.

The criteria of Galileo Galilei, considered the father of observational astronomy, touched the scientific world in 2006 when the International Astronomical Union (IAU) suddenly changed the definition of a planet and demoted Pluto to a dwarf planet.

According to Galileo, the main criterion for the planet is evidence of the presence of geological activity. Its definition persisted from the time of theorizing in the 1600s to the early 1900s. The situation changed due to two factors: a decrease in the number of scientific publications and an increase in the popularity of almanacs.

“We found that enough almanacs were sold in England and the United States so that each family could receive one copy each year,” said Philip Metzger, a planetary scientist at UCF. “It was a key period in history when the public recognized that the Earth revolved around the Sun, and not vice versa, and combined this great scientific discovery with the definition of planets that came from astrology.”

“Planets were no longer defined on the basis that they were complex, had an active geology and the potential for life and civilization,” Metzger added. “Instead, they had to follow certain idealized paths around the sun [in almost circular orbits].”

From the early 1900s to the 1960s, when space exploration missions began to take off from Earth, Pluto remained one of the nine planets in the solar system. Some scientists began to return to the broader geophysical definition of planets given by Galileo, while others still relied on simplified models. 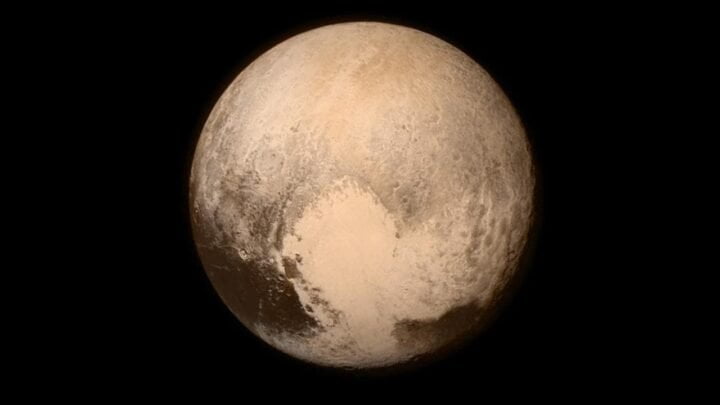 Researchers at UCF found that the key criterion that robbed Pluto of status – the planet must clear its own orbit – has never been used in the past . Nevertheless, its inclusion in planetary taxonomy changed astronomy as we know it, and the authors of the new study believe that this was a serious mistake.

As Metzger put it, the expansion of planetary science between the 1600s, when Galileo was sentenced to life in prison because of his heliocentric model, and the 1900s metaphorically resembled the liberation of a great scientist.

“But then, around the early 1900s, we put him in jail again when we put forward this ‘folk concept’ of an ordered number of planets,” Metzger said. “So what we’re trying to do, in a sense, is to get Galileo out of prison again.”

If the IAU takes into account the research of the UCF team and changes the planetary criteria again in such a way as to return Pluto to planetary status, then it will be as big a deal as the original 2006 decision, because according to Galileo’s ideal, we would go further. It is likely that new research will add dozens of full-fledged planets to our solar system.