(ORDO NEWS) — The mysterious, extinct creature that has puzzled scientists for over a century may have finally found its place on the tree of life.

A small, fish-like animal called Palaeospondylus gunni, first discovered in fossils in Scotland in 1890, lived about 390 million years ago in the Middle Devonian.

Now, according to a new analysis of well-preserved fossils, scientists believe it was one of the earliest ancestors of tetrapods – animals with four limbs, including humans.

“This strange animal has puzzled scientists since its discovery in 1890 as a mystery that has never been solved,” said physicist Daisy (Yuzhi) Hu of the Australian National University.

“Morphological comparisons of this animal have always been extremely challenging for scientists. However, recent advances in 3D segmentation and high-resolution imaging have made this previously impossible task possible. Finding a specimen as well preserved as the ones we used is like winning a lottery, or even better!”

There are several reasons why the classification of this animal has been so problematic. There are many fossils of this animal, but because Palaeospondylus was so small and its fossils are so damaged, reconstructing the anatomy of its skull has been extremely difficult.

In addition, its anatomy shares features with both jawed and jawless fish, in addition to the complete absence of teeth and skin bones preserved in the fossil state.

A research team led by palaeontologist Tatsuya Hirasawa of the University of Tokyo and Japan’s RIKEN Institute tried to solve these problems by finding exceptional specimens whose heads were still firmly planted and hidden in the rock.

This meant that the heads of the animals were likely to be much more intact than the fossils with exposed heads. 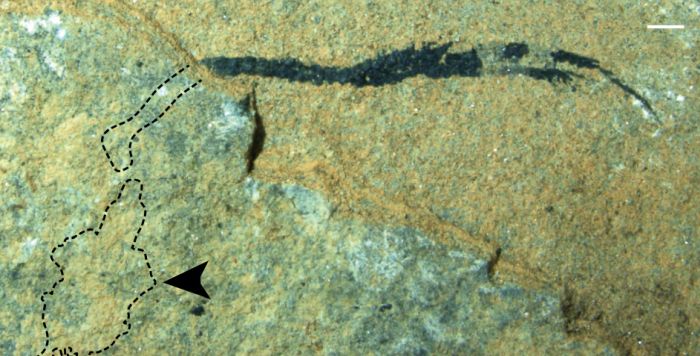 “Selecting the best specimens for microtomography scans and carefully removing the rock surrounding the fossilized skull allowed us to improve the resolution of the images,” says Hirasawa.

“While it’s not exactly cutting-edge technology, this preparatory work certainly played a key role in our achievement.”

The researchers then studied the fossils using synchrotron radiation X-ray microcomputed tomography, which enabled them to image the fossils in exquisite resolution without destroying them, in order to conduct a thorough examination and reconstruction. Even without the teeth and bones of the dermis, the results are amazing. In the skull of Palaeospondylus, the team found three curved canals corresponding to the inner ears of jawed vertebrates.

Other skull features of Palaeospondylus resembled those of two other ancient, almost modern fish, Eusthenopteron and Panderichthys.

However, the lack of teeth and skin bones in Palaeospondylus presents a problem. Tetrapodomorphs usually have these traits, and other animals contemporary to our strange little fish also had them.

Palaeospondylus is similar to a juvenile tetrapodomorph that has not yet developed all of its adult characters. This can be explained if Palaeospondylus took a different path of evolution, with a delay or stop in development.

Whether the teeth and jaws were simply slower to develop or were completely lost is unknown, but it could be an evolutionary quirk that caused the animal to evolve in other ways, the researchers say, possibly in the direction of limb evolution.

Looking ahead, the researchers say they will continue to study this strange creature to more definitively confirm its place in the animal family tree.

“The strange morphology of Palaeospondylus, which is comparable to that of tetrapod larvae, is very interesting from a developmental genetics standpoint,” says Hirasawa.

“With this in mind, we will continue to study the developmental genetics that led to this and other morphological changes that occurred during the transition from water to land in vertebrate history.” 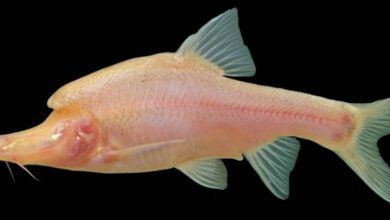