(ORDO NEWS) — In 2014, a space object fell into the ocean off the coast of Papua New Guinea. Data collected at the time indicated that this meteorite could be an interstellar object, and if true, it is the third known such object (after Oumuamua and Borisov) and the first to land on Earth.

Launching an underwater expedition to find it would be risky, but the benefits to science could be huge, the researchers say.

The interstellar object, named CNEOS 2014-01-08, is believed to have measured about half a meter, and its potential interstellar origin was first recognized by then-graduate student Amir Siraj and Harvard professor Avi Loeb.

Using data from a catalog that stores data about the object’s trajectory, Siraj and Loeb concluded that it could have come from outside the solar system. It’s all about its unusually high heliocentric velocity. In other words, it was moving at a speed that is not related to the Sun’s gravitational field. 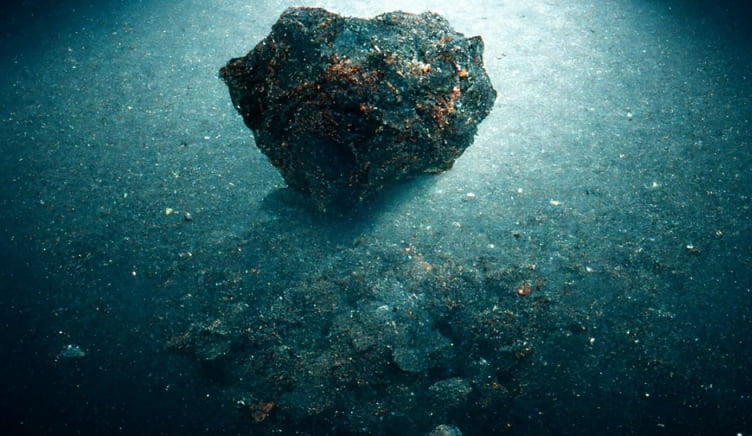 However, there is one caveat. The data used to measure the object’s impact on Earth came from a US Department of Defense spy satellite designed to monitor terrestrial military activity. Thus, the exact values ​​of measurement error are a closely guarded secret.

The US military fears that the exact capabilities of their satellite will become public information. But without these details, much of the scientific community is understandably still reluctant to formally classify CNEOS 2014-01-08 as an interstellar object. Therefore, the article by Siraj and Loeb remains unpublished, as it has not yet been peer-reviewed.

However, in 2022, their assumption was confirmed by US Space Forces Space Operations Command scientist Joel Moser, who reviewed the classified data in question and “confirmed that the velocity estimate reported by NASA is accurate enough to indicate an interstellar trajectory.”

Now scientists have moved on to finding possible ways to find the object and study it up close.

Most of the meteorite would have burned up during its fall into the Earth’s atmosphere, probably leaving behind only fragments scattered across the ocean floor.

However, not all hope is lost, as satellite tracking data combined with wind and ocean current data can provide a reasonable search area as small as 10 km by 10 km.

More importantly, the fragments are expected to be magnetic, so a ship with a large magnet could potentially pick up tiny meteorite fragments from the ocean floor. Siraj and Loeb propose to do just that and teamed up with an ocean technology consulting company to make it happen.

In an interview with Universe Today, Loeb explained that such a search could give us “the ability to actually touch the meteorite and find out what it is, or, you know, a small part of these [interstellar objects] could be artificial.”

In recent years, Loeb has speculated that interstellar objects such as CNEOS 2014-01-08, ‘Oumuamua and Borisov could be artificial objects created by extraterrestrial intelligence.

As head of the Galileo project, finding evidence for intelligent life in the universe is one of his main areas of research. But his more unusual claims drew criticism in the astronomical community.

“The results obtained do not mean that the first interstellar meteorite was artificially created by a technological civilization,” he and Siraj write in their latest paper describing an ocean expedition.

But it’s clear that Loeb thinks it wouldn’t hurt to find the object and take a look.

Even if it’s just a rock – which is by far the most likely explanation – it will tell us a lot about the composition of the mysterious rocky matter that arrived from outside the solar system.