(ORDO NEWS) — A team of researchers at Purdue University claims to have discovered “the chemistry behind the origin of life” on Earth in simple water droplets.

Graham Cooks, professor of chemistry at Purdue University and lead author of a study published in the journal Proceedings of the National Academy of Sciences, called the discovery “the secret ingredient for building life.”

“Essentially, it’s the chemistry of the origin of life,” Cooks said. “This is the first demonstration that primary molecules, simple amino acids, spontaneously form peptides, the building blocks of life, in drops of pure water.”

The discovery by Cooks’ team has already impressed scientists around the world, as it could have an impact on our understanding of how life began on Earth billions of years ago.

“I find this discovery truly exciting, ” Alan Doucette, an assistant professor at Dalhousie University in Nova Scotia, Canada, and a mass spectrometry expert who was not involved in the study , told Futurism.

“It seems to me that there is growing evidence that there is something really unique and extraordinary about the chemistry on or inside small water droplets.”

Aquatic history of the origin of life

The study confirms a fairly old theory that life on Earth originated in the oceans.

Amino acids, thought to have been brought to Earth billions of years ago by meteorite bombardments, can bind to each other to form peptides thought to be the building blocks of proteins and, ultimately, life itself.

This may explain why life flourished (and thrives) where sea meets land or where fresh water crosses fertile landscapes.

The authors of the study argue that these building blocks of life can spontaneously form in the water itself without the need for other catalysts. 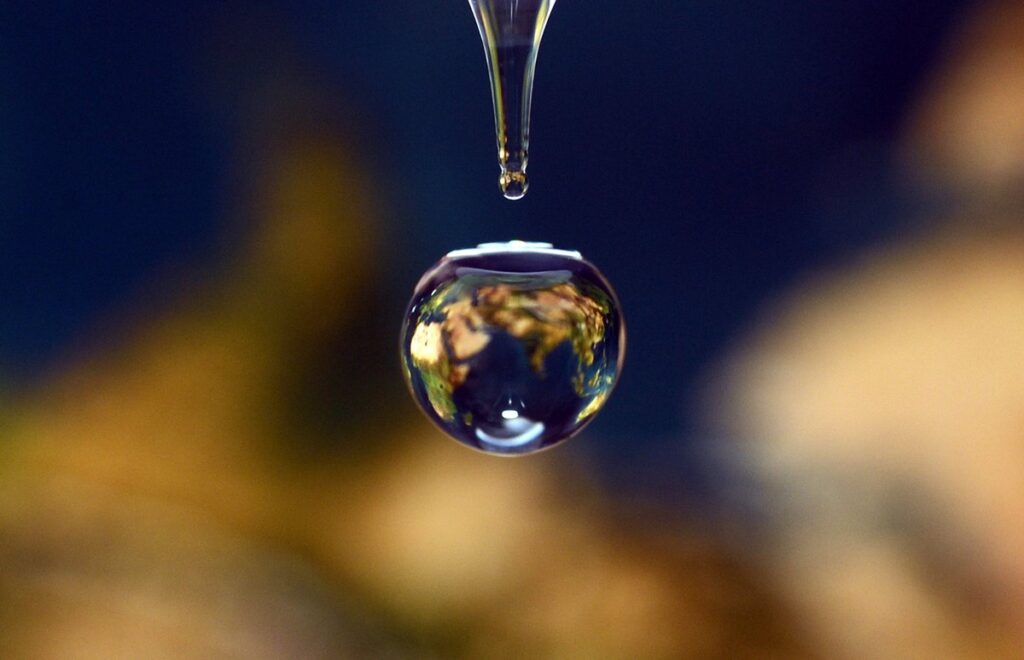 “The rate of reactions in drops is hundreds or even millions of times faster than the rate of the same reactions occurring in bulk solutions,” Cooks said.

Cooks and his team hope that their discovery will help to understand the intricacies of the basic processes associated with the origin of life on Earth, which, in turn, can help figure out whether we are alone in the universe, or perhaps even closer to creating our own versions of artificial life.

In the short term, this discovery may prove useful in other fields such as pharmacology.

“We all know that water has been and remains an essential element of life on Earth, but we still have a lot to explore,” Doucette concluded.