(ORDO NEWS) — Researchers have yet to find evidence of life on any other planet, including Mars.

But this did not stop some scientists from making statements and publishing their own “evidence” about the existence of a microbiological presence on the Red Planet, according to CNET Jackson Ryan.

The self-proclaimed neuroscientist Raun Gabriel Joseph is convinced that life already exists on Mars and Venus, and that we already have evidence to support this.

Joseph began with experiments on Mars in the 1970s, when the Viking apparatus searched for biosignatures on the planet, performing a series of tests.

While the lander did not detect a significant amount of organic molecules, some scientists, in particular NASA researcher Gilbert Levin, believed that the results really confirm the existence of life on Mars.

NASA completely refuted all such allegations by writing that the experiments “did not provide clear evidence of the presence of living microorganisms in the soil near the landing site.”

Joseph was based on research by a small group of scientists, claiming that life was transferred to space using a process called panspermia, a theory that suggests that life in space was “seeded” with microbes carried by asteroids and meteors. 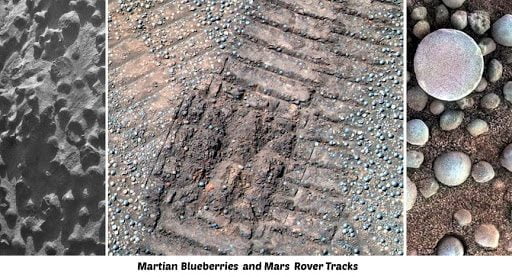 For decades, Joseph tried to get a review of his work and publish it in various journals in astrobiology. He even went so far as to create his own journal, which he calls the Journal of Cosmology, which is probably an attempt to make his work more legitimate.

The magazine is nothing more than a website that publishes statements made by Richard Hoover, another former NASA employee who suggested that we discovered fossil bacteria in space.

In 2014, Joseph even tried to sue NASA for a study of the “biological organism” discovered by the Opportunity rover on the surface of Mars. He claimed that the rover discovered “a mushroom-like complex organism consisting of colonies of lichens and cyanobacteria, and which on Earth is known as Apothecium.”

Based on photographic evidence consisting of grainy black-and-white images, Joseph claims that the Russian lander Venera 13 found evidence of life on Venus in 1982.

The admission of discredited claims about mushrooms on Mars or mushrooms on Venus in scientific journals puts us on a slippery slope. Disinformation spreads quickly and easily. This can actively harm an honest, rational study of astrobiology.

NASA is not hiding anything. A man has landed on the moon. The earth is not flat. Coronavirus did not appear from space. There are no mushrooms on Venus. And on Mars too.