(ORDO NEWS) — Melting ice and other consequences of global warming lead to a gradual rise in the level of the world ocean, which in the long term threatens to flood the coastal territories developed by man, Doctor of Geographical Sciences, Head of the Laboratory of Hydrology and Climatology of the Pacific Institute of Geography, Far East Branch, Russian Academy of Sciences, told RIA Novosti.

“The melting of permafrost in some conditions leads to emissions of carbon compounds into the atmosphere, which enhances the greenhouse effect, contributes to an even greater heating of the atmosphere. And fires caused by droughts, among other things, are accompanied by the spread of soot particles far beyond the sources of ignition, including fallout on snowfields and glaciers “, – said the scientist.

According to him, this in turn reduces the reflectivity of snow and ice and accelerates their heating and melting.

“The accelerated melting of previously accumulated snow and ice brings an additional portion of water into the oceans, and this leads to a gradual – at a rate of about 3 millimeters per year – a rise in the level of the world ocean and threatens to flood and even flood many coastal areas that are well developed by man,” he noted. Shamov.

He said that over the past 30-40 years – literally in front of the older generation of people – warming has seriously changed the Siberian and Far Eastern territories: the physical properties of underground ice are changing, buildings and linear engineering structures are deformed, floods and droughts are becoming more frequent, the risk of fire increases, which leads to an increase in the number and areas of forest fires.

“The melting of ancient ice awakens the organisms stored in the permafrost, which can be dangerous for modern animals and humans. Changes in ecosystems induce many organisms to migrate: more thermophilic species – to develop new territories, cold-loving – to retreat to colder regions, search for new food lands, painful adaptation to changing living conditions “, – the scientist notes.

He showed a graph showing the rise in the average annual temperature. It shows how between the 1930s and 1940s the temperature begins to sharply deviate from the norm in the direction of increase and continues to rise all this time. Shamov said that perhaps this is due to the fact that after the depression of the late 20s of the last century, there was a sharp spike in development, which was superimposed on a rise in temperature that was not associated with human activity.

“Perhaps (influenced) the preparation in the war, the active development of the economy – separate local events on different continents. I am a supporter of the opinion that man is involved in global warming, but he is not the main force. The main thing is orbital, extraterrestrial processes that determine heating atmosphere. There is a lot of evidence “, – added the source of the agency.

He clarified that the heating of the surface layers of the atmosphere weakens the latitudinal transport of air masses and enhances the meridional, that is, the penetration of heat and cold into those places where it was much less common before becomes more frequent.

“The so-called blocking anticyclones, which have been frequent in recent decades, cause severe droughts and fires, on the one hand, and heavy and intense rains, on the other. Such anticyclones are associated with overheating of the atmosphere,” the scientist said.

He also noted that due to the peculiarities of the atmospheric circulation, the regions near the poles of the Earth and the high mountain regions of the planet experience a stronger thermal effect than other territories and water areas.

“In the circumpolar regions – in Russia, these are the Arctic and subarctic regions – warming is observed 1.3-1.5 times more intensively than the average growth rate of global air temperature,” he added.

Shamov noted that the consequences of a warming atmosphere cannot be ignored. It is necessary to study the processes in the atmosphere and hydrosphere, especially in the circumpolar regions, including in the permafrost zone. The exchange of research results with foreign colleagues is also important, the scientist summed up.

Earlier, Dmitry Streletsky, professor at George Washington University (USA), told RIA Novosti that damage from destruction or deformation of houses, pipelines and infrastructure located on frozen soils in Russia could amount to about $ 250 billion by 2050. The expert noted that there are risks for nine regions where roads, houses, infrastructure and enterprises are located on the permafrost: these are Nenets Autonomous Okrug, Komi, Yamalo-Nenets Autonomous District, Khanty-Mansi Autonomous Okrug, Krasnoyarsk Territory, Yakutia, Magadan Region, Chukotka and Kamchatka. 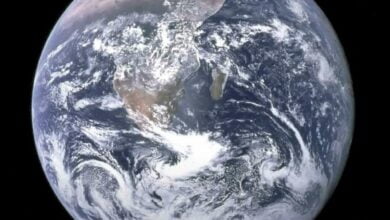