(ORDO NEWS) — Brain diseases such as schizophrenia or Alzheimer’s disease can change the lives of individuals and their families.

Because schizophrenia affects about 20 million people worldwide, the effects of treatment could save millions of lives. In people with schizophrenia, symptoms can range from hallucinations to loss of personality and memory loss.

Now scientists think they may have found the protein that causes schizophrenia and determine where in the brain the disorder originates. Knowing this information can help professionals better diagnose people at risk and develop better treatment plans for schizophrenia patients.

Researchers at the University of Southern California have focused their attention on a specific brain protein called synapse-associated protein 97, or SAP97.

This protein is found in the neurons of the brain. SAP97 has also been found in mammalian kidneys. Previous studies have shown that SAP97-knockout mice die earlier, typically have cleft palate, and significant kidney problems. Although scientists have located the location of this protein, they are not entirely sure what it does.

To unravel the riddle of the strange protein, the researchers created similar mutant mice with the SAP97 knockout gene and studied the neurons in the mice’s brains.

They found that a knocked-out protein can lead to the development of schizophrenia and that the likelihood of developing schizophrenia is increased by 40 times.

According to Dr. Bruce Herring, assistant professor at the University of Southern California and lead investigator: “Decrease in SAP97 function may lead to the largest increase in the risk of developing schizophrenia in humans that we know of, but SAP97 function has remained a complete mystery for decades.

Our study shows where SAP47 functions in the brain and shows what mutations in this protein associated with schizophrenia do to neurons.” Understanding the protein mechanics underlying schizophrenia

After discovering the effect of the SAP97 protein on the brain, the researchers moved on to looking for where in the brain schizophrenia might occur.

Previous research has shown that the disorder may originate in the dentate gyrus, a part of the temporal lobe of the brain that contributes to the formation of the hippocampus, the brain’s memory center. By studying the mutated mice, the researchers found significant signals in this area, linking it to a brain disorder.

Since schizophrenia can cause memory loss, psychosis, and loss of personality, it is not surprising that it damages the area of ​​the brain associated with memory function.

By publishing their results in the journal Nature Communications, the researchers hope neurologists and others will use their work to develop better treatment plans for schizophrenia.

Modern treatment includes medication throughout the life of the patient, as well as therapy, rehabilitation and even hospitalization. Better treatment can help people and their families lead more normal lives, improving the quality of health for millions of people around the world. 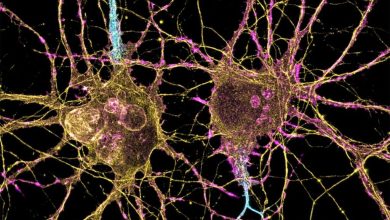