US, WASHINGTON (ORDO NEWS) — American B-1B Lancer bombers, which made a long-range raid on Europe on Friday, over Europe, Ukraine and the Black Sea, tested the latest American airborne anti-ship missile AGM-158C LRASM. This was reported by the press service of the US Air Force in Europe.

Lancers from the 28th bomber wing took off on May 29 from Ellsworth Air Base in South Dakota, crossed the Atlantic, Poland and at about 10 a.m. entered the airspace of Ukraine.

During the mission over the Black Sea, two B-1s carried out test launches of the AGM-158C LRASM long-range anti-ship missile. The missile allows you to destroy enemy warships at ranges up to 1000 km in conditions of strong electronic countermeasures. It can be assumed that in response to the conditional attack of Odessa by Tu-22M3 bombers, carried out by the aggressor on July 10 last year, the ships of the Black Sea Fleet of the Russian Federation served as an educational target for the Americans.

American training miraculously coincided with the tests of the newest Ukrainian anti-ship missile R-360MTs “Neptune”: its launches took place on the same day and at about the same time.

LRASM represents the development of the invisible cruise missile JASSM. For minimal radar visibility, the rocket fuselage is made using composite carbon materials. The missile is equipped with a penetrating high-explosive fragmentation warhead weighing 454 kg.

Due to the significant radius of action and subsonic speed, during the approach, the target can move a considerable distance from the intended area. Therefore, the LRASM control system should allow the missile to use various target search schemes, and its on-board equipment – to identify detected objects in a difficult environment of counteraction of electronic warfare. It is assumed that a launched rocket will be able to stay in the air for a long time, identifying detected objects until it detects a ship similar in characteristics to a given target. When several missiles are launched, they will exchange information, carry out an independent search and transmit to each other the coordinates of the detected target, form a common attack scheme taking into account various conditions. Missiles must also be capable of performing complex evasion maneuvers.

The main objective of the LRASM development is to provide the ability to operate autonomously, without preliminary programming the reference points of the course, detecting the target without external target designation.

An important event, which occurred for the first time in the history of May 29, was two US Air Force strategic bomber “Lanser” entered the airspace of Ukraine and, accompanied by Ukrainian fighters, flew to Kiev. Lancers that day took off from the Ellsworth base in the United States, flew the Atlantic and all of Europe, from Ukraine flew across the Black Sea to Turkey. There was a huge stir in the Russian media, the Russian General Staff issued an official statement, so it should be clarified how important this step of our American allies is.

What is the significance of the appearance of Lancers over Ukraine?

1. Russia threatens to invade Ukraine and use ballistic and cruise missiles, aircraft to destroy Ukrainian cities and infrastructure according to the Georgia-2008 scenario. However, the US Air Force’s readiness to immediately transfer its forces to the Ukrainian sky and developing such a scenario is a powerful deterrent. Because if the US Air Force declares our sky a “closed zone”, as in Syria, then Russia will not dare to go there. And without air cover, the Russian army will have no chance of a blitzkrieg. Their ground forces are relatively small for the occupation of large areas of Ukraine, and the strike force will not have overwhelming superiority over the ground forces of the Armed Forces. 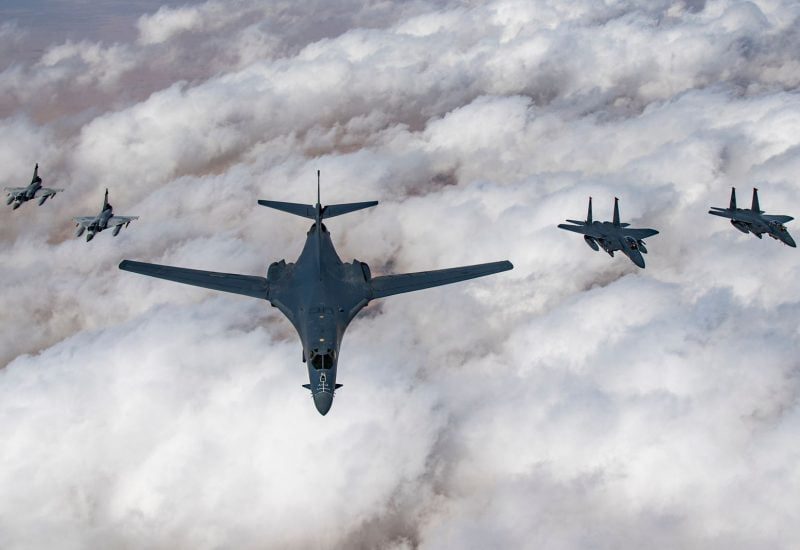 The year 2014 showed that Russia cannot introduce more than 15 battalion-tactical groups to Ukraine at the same time. That is, the enemy does not have much strength to attack, the Russian army is large, but most of the military personnel are in non-combat units. The readiness of the United States to cover Ukraine from the air is essentially a guarantee that the Russian invasion will be very quickly stopped as soon as the enemy is drawn into contact fights in settlements, fraught for both sides with heavy losses.

Of course, no one has promised this to us yet, but the United States is showing Putin that readiness for such a scenario is being worked out. This is a very important signal.

2. This flight is one of the largest demonstrations against Russia. In May 2020, the United States withdrew from the open skies treaty with the Russian Federation, and US strategic bombers made five sorties close to the territory of the Russian Federation. America shows Putin that it is ready to defend its interests. Lancer does not need to enter the airspace of Russia to destroy key objects. The bomber is equipped with high-precision cruise missiles AGM-158 JASSM, which, depending on the modification, hit targets at ranges from 370 to a thousand kilometers.

3. It is worth thanking the Trump administration and the US leadership. I hope that the leadership of Ukraine, at least the Foreign Ministry, the General Staff, the Ministry of Defense, and optimally the President, will express gratitude to President Donald Trump and the US leadership for this important signal. The practice of flights [planes] of the US Air Force over Ukraine, conducting joint maneuvers requires maximum approval in the Ukrainian civil society. The state is silent, and people can express their approval.