(ORDO NEWS) — Twins Brielle and Kyrie Jackson were born on October 17, 1995 – as much as 12 weeks ahead of schedule. Each of them was in their own incubator, and it was expected that Brielle would not survive.

When she could no longer breathe and turned blue, the hospital nurse broke protocol and decided to place them in the same incubator. Kairi hugged her sister, after which her condition began to stabilize, and her temperature rose to normal.

The twin girls of Heidi and Paula Jackson, Brielle and Kairi, were born on October 17, 1995, 12 weeks prematurely.

Standard hospital practice is to place twin newborns in separate incubators to reduce the risk of infection.

This was done for the Jackson girls in the neonatal intensive care unit of the Central Massachusetts Medical Center in Worcester.

Kairi, the larger sister, quickly began to gain weight and slept comfortably in the first days after birth. But Brielle, who weighed only two kilograms at birth, could not keep up with her.

She had problems with breathing and heartbeat. Her blood oxygen levels were low and she was slowly gaining weight.

Suddenly, on November 12, Brielle was in critical condition. She began to choke, her face, skinny arms and legs turned bluish-gray.

Her heart rate increased and she began to hiccup – a dangerous sign that her body is under stress. Her parents watched her, horrified that she might die.

Last attempt to save Brielle’s life.

Nurse Gail Kasparian tried every possible way to stabilize Brielle’s condition. She cleared her airways and increased the oxygen supply to the incubator.

But Brielle still writhed and thrashed about, her oxygen intake plummeting and her heart rate racing.

Then Kasparian remembered something she had heard from her colleague. It was a procedure, common in Europe but unheard of in the US, that involved double-bedding multiple newborns, especially premature babies.

Kasparian’s nursing manager, Susan Fitzback, was away for a conference, and this decision was not standard. But Kasparyan decided to take a chance.

“Let me just try putting Brielle with her sister, maybe that will help,” she told her worried parents. “I don’t know what else to do.”

The Jacksons quickly agreed, and Kasparian placed the writhing baby in the incubator with her sister, whom she had not seen since birth. Then Kasparian and the Jacksons watched what was happening.

No sooner had the incubator door closed than Brielle snuggled up to Kairi – and immediately calmed down.

Within minutes, Brielle’s blood oxygen readings were the best since she was born. As she dozed off, Kairi wrapped her tiny arm around her little sister. 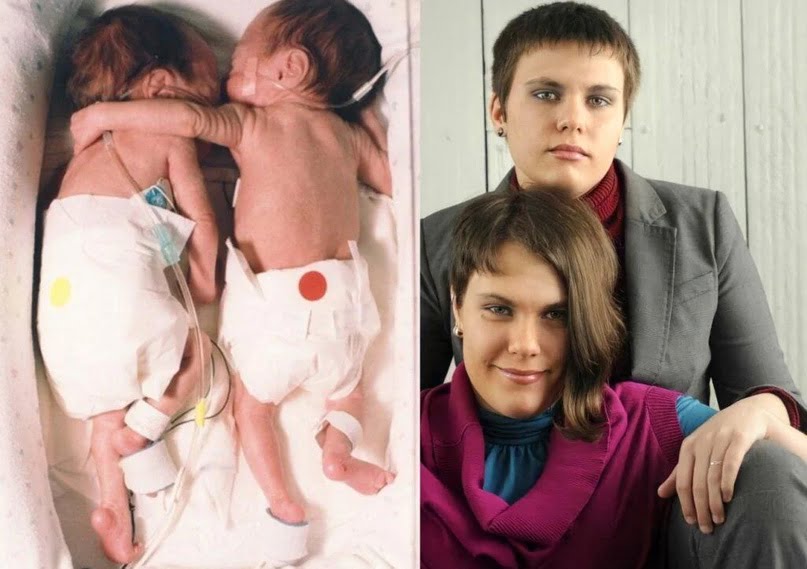 Today, nearly all institutions around the world have adopted bed sharing as a special treatment for newborn twins that appears to reduce sick days and reduce risk factors.