(ORDO NEWS) — A Saudi Arabian Airlines Airbus A330 suffered damage to its nose cone and cockpit windshield after hail hit it on approach to Jeddah Airport in Saudi Arabia.

An Airbus A330-300 with registration number HZ-AQ25 was approaching Jeddah on flight SV-452 from Khartoum in Sudan.

After heavy rains and heavy hail over Jeddah, flight SV452 entered a high-altitude hold before landing to wait for the weather to improve. 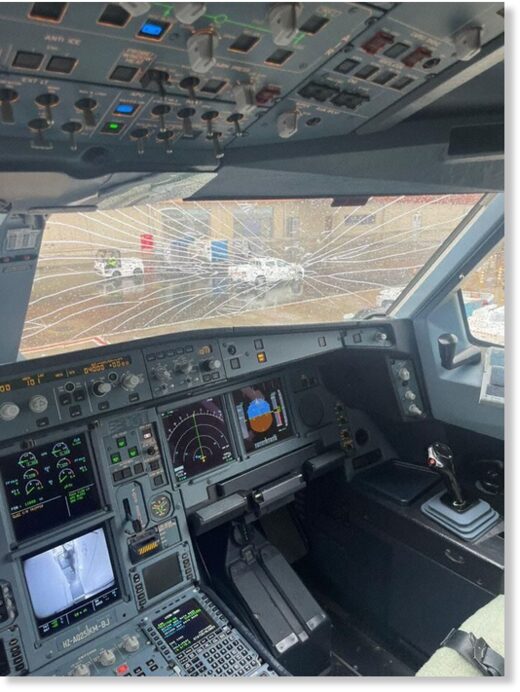 The crew initially attempted a landing approach, but then climbed back up to 6 km and moved into position for another approach. Flight SV452 eventually landed on its second approach, but encountered heavy hail and turbulence.

The flight landed safely at 11:14, about 45 minutes after entering the first compartment. No one was injured in the incident, but the Airbus aircraft sustained significant hail damage.