(ORDO NEWS) — Saudi Arabia has announced its ambitious plans to build a 170-kilometer mirrored skyscraper that will be able to accommodate 9 million people.

The new city design was unveiled this week by Saudi Crown Prince Mohammed bin Salman. It is part of a larger project to build a new high-tech smart city called NEOM in the Tabuk province in northwestern Saudi Arabia, close to the Suez Canal.

The megastructure, dubbed “The Line”, will be unique in shape and scale. Although it measures only 200 meters wide and 500 meters high, it will stretch across the desert for a distance roughly equivalent to the distance between Los Angeles and San Diego.

In theory, its millions of residents will also have access to all of the megastructure’s facilities within a five-minute drive, in addition to high-speed rail that will take people from one end to the other in 20 minutes.

Everything the community needs will be there, including public parks, walkways, schools, homes, shops and jobs.

The megastructure will have a green color (not literally, the exterior facade will be lined with mirrors in an attempt to “merge with nature”).

It will reportedly be road and vehicle free and run on 100% renewable energy. This, the designers say, will also provide a healthier, emission-free environment compared to today’s smog-filled cities.

“When the Line launched last year, we committed ourselves to a civilizational revolution that puts people first through a radical change in urban planning.”

“We cannot ignore the life and environmental crises that our world’s cities face, and NEOM is at the forefront of developing new and original solutions to these challenges,” he added. 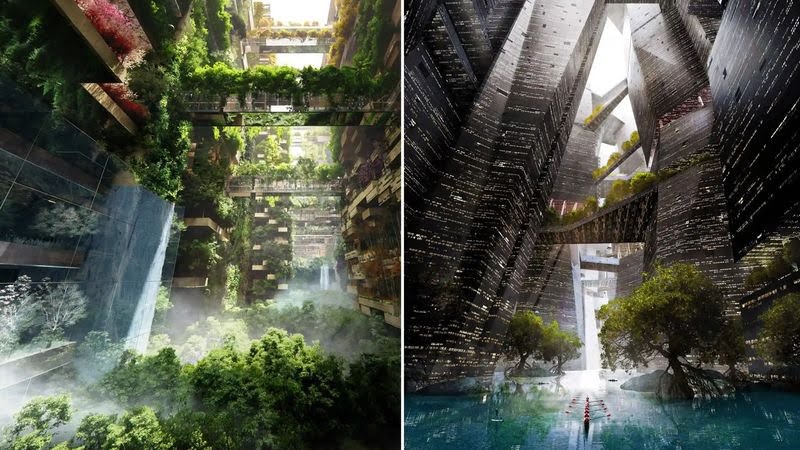 However, it is debatable whether wildlife in the area would benefit from separating the natural environment with a huge impenetrable wall.

Social media users have criticized the project for being a bit dystopian. Spending your entire life in a glittering mega-mall in the desert is a dubious idea of ​​a happy life.

It is not yet known whether this project will get off the ground. However, it seems that Saudi Arabia is certainly taking this bold idea seriously.