(ORDO NEWS) — New evidence of complex inter-regional relations in the Mediterranean basin in the Late Bronze Age is presented.

Not so long ago, near the Palestinian Caesarea on the Mediterranean coast of Israel, underwater archaeologists discovered a sunken ancient ship. Its wooden parts are very poorly preserved, so it is difficult to correlate the find with known types of sea vessels. But the cargo was almost untouched by time.

The ship was dated to the late Bronze Age, XIII – the beginning of the XII century BC. Among other things, four lead ingots were found in the cargo. A group of scientists led by Naama Yahalom-Mack from the Hebrew University of Jerusalem examined these ingots. 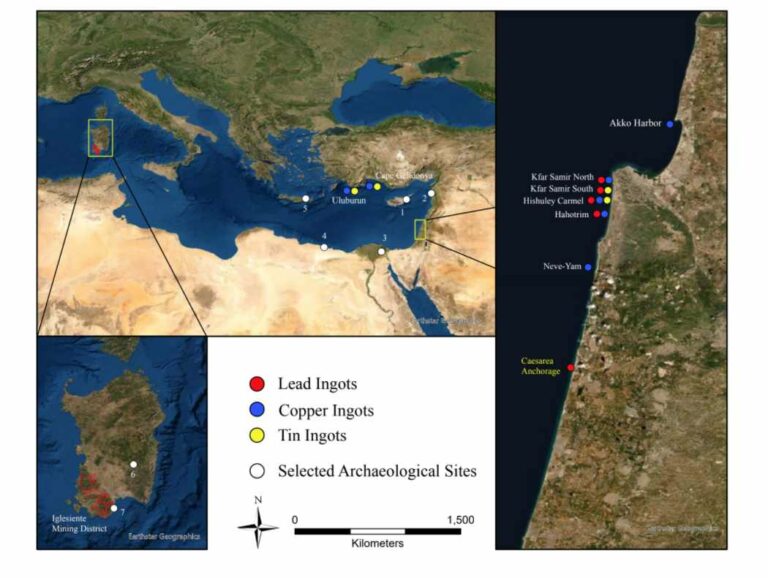 Isotopic analysis of lead showed that the region of origin of the metal is Sardinia. Scientists have already accumulated a lot of data on the features of metal samples from various parts of not only the Mediterranean, but also Northern and Central Europe, to consider such a result reliable.

At the same time, Cypro-Minoan signs are applied to the ingots. Here it should be noted that these signs have not been deciphered so far and are attributed to a specific culture simply by analogy: exactly the same ones were found earlier on artifacts from Cyprus during the Late Bronze Age. The question may arise: what does the Minoan civilization that existed on Crete have to do with it?

The Minoan civilization is considered the first highly developed culture in the Aegean region. The British archaeologist Arthur Evans gave it its name . In 1900, in the city of Knossos on Crete, he unearthed the legendary palace of King Minos.

For a long time, the Minoan culture was associated mainly with Crete – fortunately, this also correlated with mythology.

But the development of archeology, and then genetics, changed this view. In ancient sources, there is a mention that the Minoans once settled Sardinia, but the results of genetic analysis do not confirm this hypothesis. Most likely, what the authors of antiquity took as evidence of settlement are only strong trade and cultural ties.

Thanks to the same genetic studies, we know that once part of the Minoans moved to Cyprus and Ugarit (an ancient city-state, now it is the territory of Syria). They brought there their own unique script, which scientists have not yet deciphered.

Already at the end of the 20th century, several artifacts with inscriptions made in linear A were discovered in Cyprus – like the famous Phaistos disc , but with some distortions. It is believed that this reliably proves the presence of the Minoan civilization on the island.

The find of Sardinian lead ingots, but with Cypro-Minoan inscriptions, and even on the eastern coast of the Mediterranean confirms that at the end of the Bronze Age trade in this part of Europe was very developed, and sea routes extended over long distances – if we recall that between Cyprus and Sardinia lies 2500 kilometers.

Professor Yahalom-Mak suggests that the raw material was brought from Sardinia to Cyprus: ingots were cast from it, and then sent to another region, to the territory of modern Israel, for further processing. At that time, lead could be used to make dishes, as well as some luxury items (decorative items).

“We believe that, along with lead, we imported tin, a metal in demand in Cyprus and the surrounding area for the manufacture of bronze. These three metals – copper, lead and tin – were sold to port cities along the coastline, including the shores of modern Israel, ”the work says.

We will only add that the period to which the ingots (and the rest of the cargo from the sunken ship) are dated is the time of the highest flowering of the Minoan civilization, just before its end.

It was in the XIII-XII centuries BC that the so-called catastrophe of the Bronze Age took place: cultures disintegrated or changed practically throughout the entire space from the Atlantic to the Pacific Ocean, and for several centuries – until the X-VIII centuries BC – there were grandiose migrations of peoples. The transition to the Early Iron Age begins. 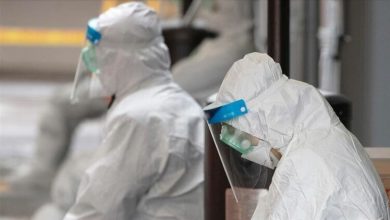